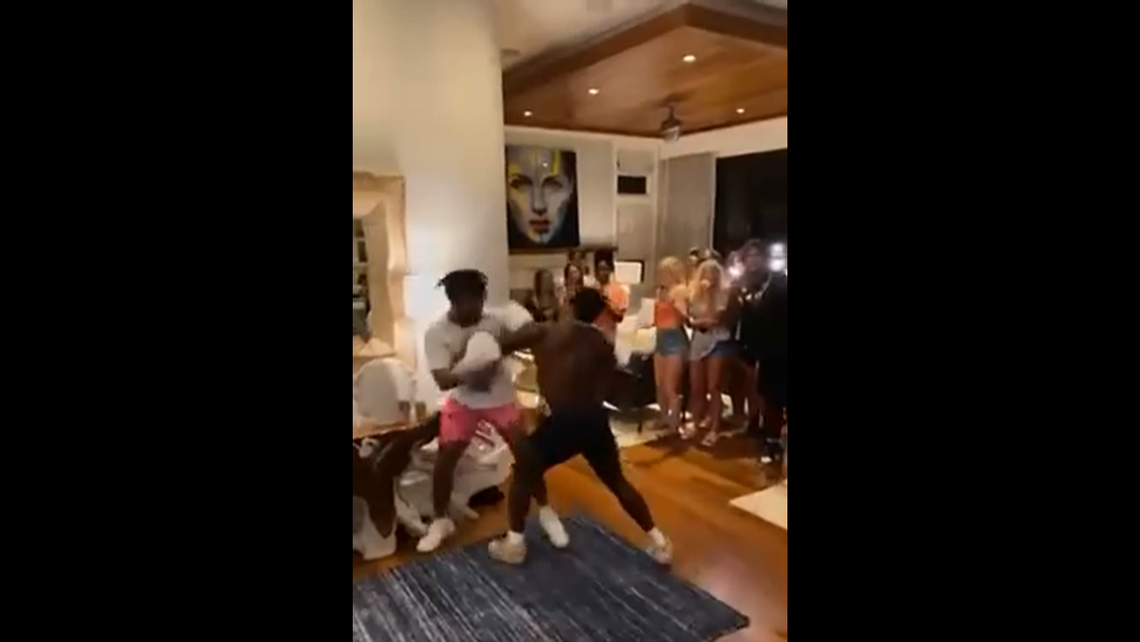 A large group of people broke into an $8 million Florida home and used it to throw a rowdy party that included trying on the owners’ clothes and jewelry, according to the Walton County Sheriff’s Office.

It happened Saturday, June 18, on Blackwater Street in the Watercolor community, and attendees staged boxing matches amid the expensive furniture and art, the sheriff’s office said in a news release. The lakefront neighborhood is about 130 miles southwest of Tallahassee.

No arrests have been announced, but videos posted on social media show dozens attended after seeing promotional fliers circulated in the area, detectives say.

A noise complaint early Saturday alerted authorities to the break-in, but most attendees were gone by the time deputies arrived, officials said.

“Since then, videos are circulating on Snapchat, Instagram, and other social media platforms with some of the highlights. Including where some of the people attending turn the foyer of the $8 million home into a boxing ring,” the sheriff’s office said.

“Apart from the damage caused and the items stolen, it’s a complete violation of someone’s home that you can’t put a price on. The feeling when you know someone went into your closet, tried on your clothes, and used your bathroom doesn’t have a dollar amount attached to it. Especially in a place where you’re supposed to feel safe.”

Investigators did not provide a damage estimate or a list of items taken from the home.

Detectives are also asking for tips identifying the people who circulated fliers in advance.

“Before anyone says, this is just ‘kids being kids’, we want you to ask yourself how you would feel if your home was ransacked,” the sheriff’s office wrote.

“Before you say, ‘they might not have known’, ask yourself if what was taking place was appropriate (or legal) regardless if they had permission to be there (which they did not). Before making an excuse for these kids, ask why they felt they could do this in the first place.”