Witness describes chaotic scene as teen killed, 3 injured in DC shooting: ‘He was screaming out for his mom’ 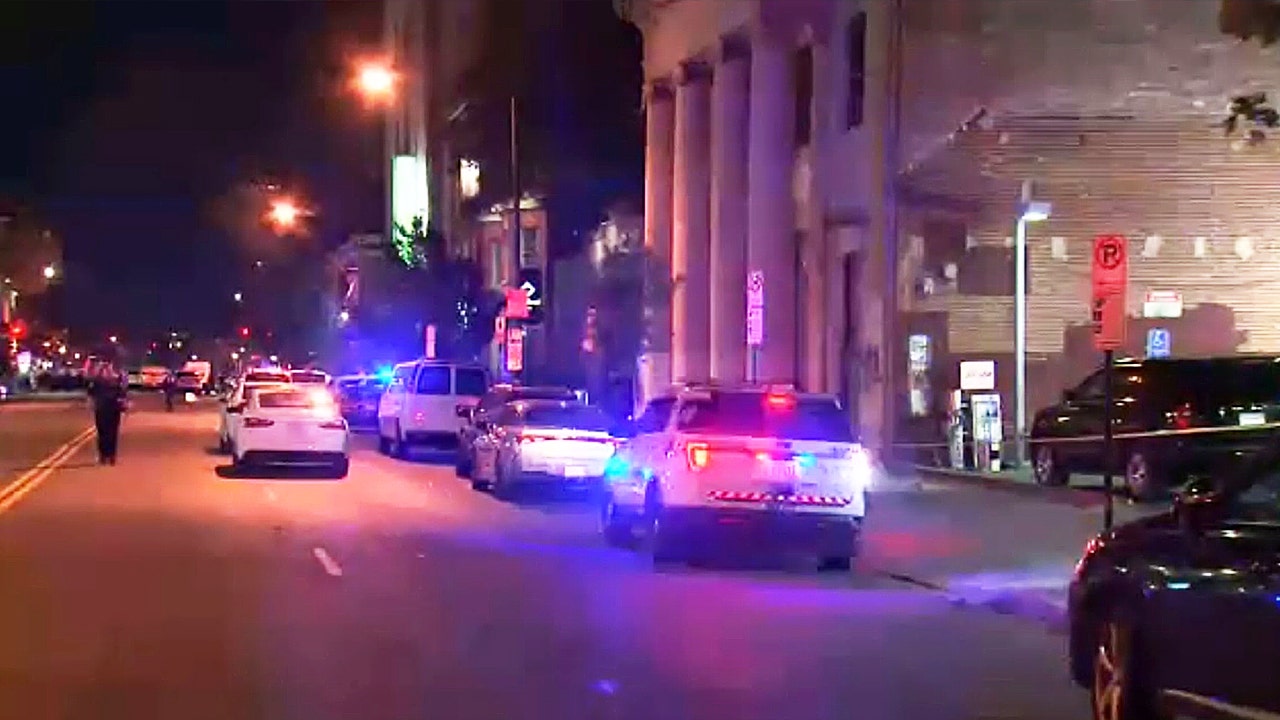 A witness to a shooting in Washington, D.C. on Sunday described a chaotic scene leading up to the moments when a 15-year-old victim was fatally shot, and several others were injured, including a police officer.

“He was screaming out for his mom,” Daniel Dyson told WTTG. “And it’s hurtful to hear that man. And no one was able to help him.”

Dyson said the Moechella festival event on U Street, where the shooting took place, had loud music playing and lots of people standing and walking around. He also noticed police officers “everywhere,” he told the outlet.

One person was killed and three others were injured after a shooting on U street Washington, D.C.
(WTTG)

He said he was standing directly next to a police officer when he first heard shots ring out.

“There are cops everywhere,” Dyson said. “They were trying to keep everybody safe, trying to move everybody importantly.”

“I was sitting next to a cop. Next thing you know, shots rang out,” he added.

The officer was shot in the leg but still attempted to carry out his duties to protect those in the area, the witness said.

“He did not want to stay down. He proceeded on,” Dyson said, per the report. “He was shot in the leg. And he kept moving. He went to the fire. He did not run away.”

The scene of a deadly shooting on U street Washington, D.C.
(WTTG)

Chief Contee confirmed the officer was shot in the leg and that he is expected to recover.

Frightening to see this type of commotion after shots fired in DC sending people in panic.

Via @WashProbs: “Sent in from the community. Earlier today at around 6:40 pm on St. this also happened where folks started running in fear of possible gun shots.” pic.twitter.com/02xcByWyQZ

Dyson also noticed the 15-year-old boy who was shot and attempted to help him, he said.

“My mind is blown because, you know, I was trying to cover up this guy. And next thing you know, they say he’s no longer here,” he said of the unidentified juvenile victim.

During the interview, Dyson also called for violence in the community to stop.

“To see him go… it bothers me,” Dyson added. “All of this that’s going on here, it bothers me. It needs to come to a stop. It really does.”

A teenager was killed and three adults were shot, including a police officer, on Father’s Day in Washington, D.C.
(@EmirSX/Twitter)

“It doesn’t matter which color is your race, what kind of uniform you’re wearing. It needs to come to a stop. And if it doesn’t, it’s going to be innocent kids dying every day because people don’t want to do this,” he continued.

The death and the violence was also notable to Dyson because it occurred on a holiday, he said. “I don’t think I would come outside for nothing else ever here in D.C.,” Dyson concluded.

A spokesperson for the Metropolitan Police Department told Fox News that four people were shot at a Moechella event, including one police officer, who did not return fire at the crowded area.

Chief Contee said later the victims included a 15-year-old, who was pronounced dead at the scene, two adults, and the officer.