Winona Ryder Shut Down Her Homophobic Bully Years After Beat Down 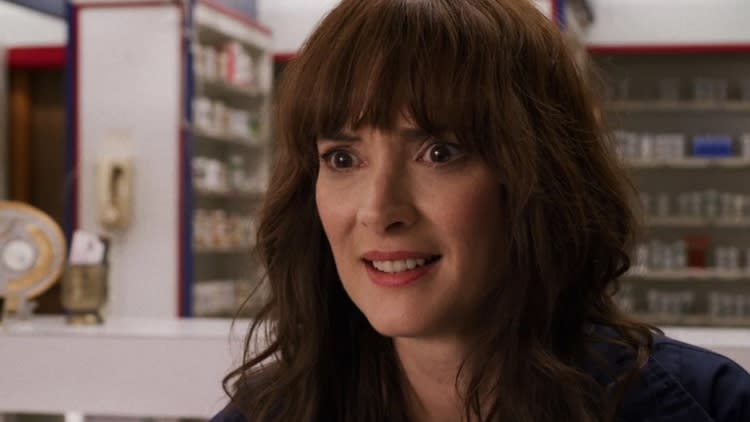 Winona Ryder’s rise back up to the stardom she deserves since Stranger Things exploded into pop culture has been a gift to all. And now an old anecdote of the time she shot down a homophobic bully is going viral once again.

The story was reshared to Twitter by a fan account, @BESTOFWINONA, and recounts a violent encounter she had as a middle schooler that was publicized in Nigel Goodall’s biography of the Heathers star.

At the start of seventh grade, she says, a group of students called her a f*ggot and jumped her right in the middle of the hallway.

“A group of boys hit me in the stomach and slammed my head hard into a locker,” she said, according to Goodall. “I think they thought I was a gay boy… They were calling me names, calling me a girl, and I was yelling, ‘But, wait, I am a girl.’”

The group beat her badly enough that she wound up with fractured ribs and needed stitches. And even after that, the school allegedly felt that Ryder was a “distraction,” and asked her to leave.

“I’m sorry that gay bashing was such a distraction for them,” she said.

The frequently viral story originates more directly from a 2000 interview with Harper’s Bazaar, which was dug up by NY Mag after Ryder’s experience first started making a splash on social media in 2017. And hearing how at least one of the bullies finally got her comeuppance, in Winona’s own words, is absolutely delicious.

“Years later, I went to a coffee shop in Petaluma, and I ran into one of the girls who’d kicked me, and she said, ‘Winona, Winona, can I have your autograph?’” she recalls. “And I said, ‘Do you remember me? I went to Kenilworth. Remember how, in seventh grade, you beat up that kid?’ and she said, ‘Kind of,’ and I said, ‘That was me. Go f—k yourself!’”

Unfortunately, that’s not the only time Ryder has spoken out about being bullied growing up, but while it’s not a happy story, it’s nice to see an icon get the last word against homophobic jerks.