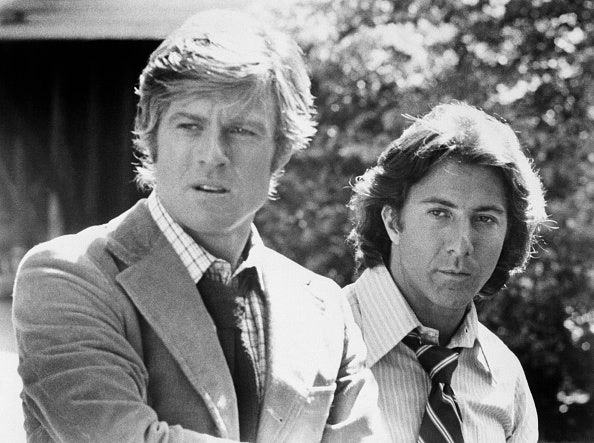 With Friday marking the 50th anniversary of the Watergate break-in at the Democratic National Committee headquarters, Fox News Digital takes a look back at the media’s fondness for invoking Watergate in its coverage of modern scandals.

Throughout the presidency of Donald Trump, figures on CNN, MSNBC and other networks frequently referred to the infamous White House scandal that brought down Richard Nixon in their coverage of Trump, often saying what he was accused of was “worse than Watergate.”

From the Jan. 6 Capitol riot to the 2019 Ukraine phone call, to his handling of coronavirus and the sprawling Russia investigation that consumed his presidency, “Watergate” comparisons continue to abound. To that end, figures like former Nixon White House counsel John Dean and reporter Carl Bernstein, who helped break the Watergate scandal for The Washington Post in the 1970s, are often invited on for that purpose.

“This was so much worse than something like Watergate,” MSNBC guest and ex-Republican official Miles Taylor said this week on MSNBC of Trump’s efforts to overturn the 2020 election, while The Bulwark’s Tim Miller told the same network this was “orders of magnitude worse than Watergate.”

After a tape emerged from Bernstein’s colleague Bob Woodward of Trump speaking privately in 2020 about the threats of the coronavirus, The Washington Post’s Philip Rucker cited Bernstein saying it was “worse than Watergate.”

Around the Ukraine phone call that led to Trump’s first impeachment, MSNBC’s Chris Matthews said in 2019 it was the biggest thing to hit Washington since Watergate, and CNN’s Jake Tapper cited historians who felt it was “worse than Watergate.”

CNN’s Don Lemon, after Trump said that year he would consider accepting damaging information on political opponents from foreign countries, wondered if the admission was “worse than Watergate,” bringing on Dean to discuss the topic.

In 2018, Bernstein referred to the broader Trump presidency as “worse than Watergate” in an interview with CNN’s Wolf Blitzer, and as the sprawling investigation into Russia’s interference operations during the 2016 election continued throughout Trump’s presidency, the scandal was also often mentioned.

The word Watergate is so famous that it’s common to add the suffix “-gate” when mentioning any modern scandal.

Trump and some conservative media figures have been fond of invoking the infamous scandal as well, with Trump declaring matters like Hillary Clinton’s private email scandal in 2016 and allegations that the Obama administration illegally spied on his campaign “worse than Watergate.”

In 2018, Politico Magazine compiled a list of 46 different scandals and matters to that point that had been declared by Democratic and Republican political figures and pundits to be worse than Watergate, including Chappaquiddick, Iran-Contra and, according to Dean, the entire George W. Bush presidency. He even wrote a book about it called… “Worse than Watergate.”

For its part, Politico called the term a “shop-worn cliché that deserves to die.”