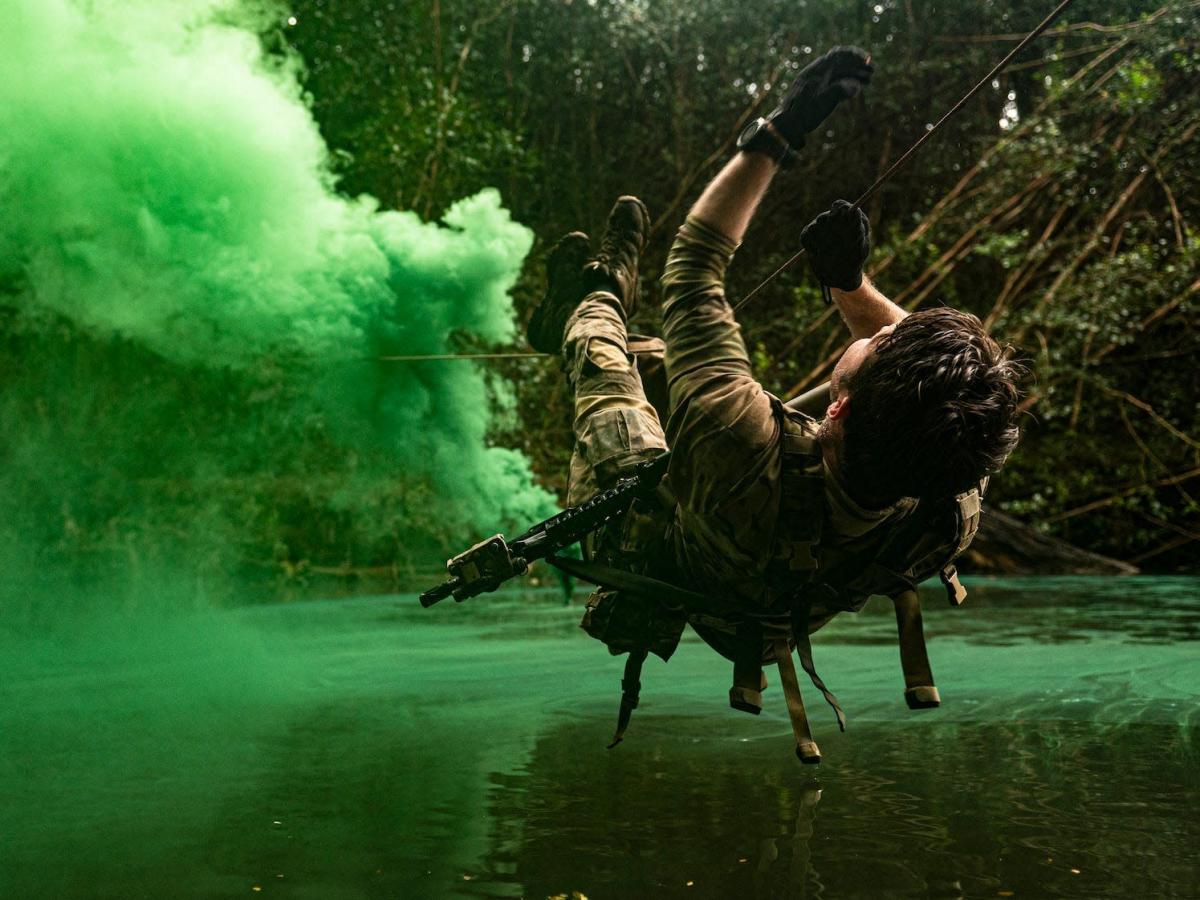 Such training is nothing new for US troops, but this exercise comes as the US military is shifting its focus a potential conflict with China in the Indo-Pacific region — where US conventional and special-operations forces may find themselves up against a well-armed enemy in a dense, sweltering jungle.

Air Force Special Operations Command commandos from the 38th Rescue Squadron based at Moody Air Force Base spent almost a month between March and April in Hawaii to hone their jungle-warfare skills.

As pararescuemen, these commandos focused their training on tracking personnel in the jungle and on avoiding being tracked themselves, while also testing their tactics, techniques, and procedures in other skill sets.

In a press release, Lt. Col. Michael Vins, the squadron’s commanding officer, noted that the jungle is a “very unforgiving environment” and that US special operators “need to be ready for that kind of environment by training there, understanding how to survive there.”

As US special operators found in World War II and Vietnam, the jungle is probably one of the hardest places to fight. Visibility is limited — sometimes to just a few yards — and the surroundings are rife with dangers, including poisonous plants and lethal animals, that can put troops out of commission pretty quickly.

US troops have had “to take a step back” from what worked in the deserts of Iraq and Afghanistan and figure out what works in the jungle, “which is way more difficult to operate in,” Staff Sgt. Evan Rogowski said in the release.

“It’s pretty unpredictable out here,” Rogowski added. “It can be raining in the morning and then completely sunny in the afternoon, and back to rain. Outside of carrying the proper equipment, there’s not much we can do to control that.”

During the Vietnam War, US special-operations recon teams from the highly secretive Military Assistance Command Vietnam-Studies and Observations Group lived and fought in the jungles of Laos, Cambodia, Thailand, and Vietnam, where they tracked the movements of North Vietnamese and Viet Cong troops and fought running battles against an often overwhelming enemy.

MACV-SOG still influences modern US special operations, but many of the jungle-warfare skills those Vietnam-era operators developed have atrophied.

“As highly trained special warfare operators, we’re always thinking about modern-day warfare and high-tech weapon systems, but something so primitive like grenades that roll out of bamboo if you kick the wrong stick over is enough to wipe us all out,” Staff Sgt. Evan Orth said in the release.

The importance of fundamental combat skills and small-unit tactics are constants wherever troops find themselves, but what troops need to do to properly apply them can change radically in different locations.

Orth added that by training in the jungle, the pararescuemen would be “more aware of threats” that they wouldn’t otherwise expect.

Tracking people in the jungle has dual importance for pararescumen and other special operators. Whether they are pursuing an enemy or trying to rescue a friendly, the principles are the same.

The “footprint” of that target “is going to explain a story to you,” Rogowski said in the release. “Where that person went, what they did, how fast they were moving, where they’re going to, are they paranoid? And I think that’s kind of hard to put into words unless you’ve actually been there.”

AFSOC itself has two components. In the air, it operates a variety of special-operations aircraft, including the AC-130 “Spooky” gunship, the CV-22 Osprey tilt-rotor aircraft, the MQ-9 Reaper drone, that support other US commando units.

On the ground, AFSOC’s pararescuemen, special reconnaissance operators, combat controllers, and tactical air control party commandos augment other special-operations units as individuals or in teams, acting as a link to forces in the air.

Pararescue is unique among the US military’s career fields. Pararescuemen specialize in combat search and rescue and personnel recovery and are probably some of the most competent medics in the entire military.

Reflecting their motto, “so that others may live,” pararescuemen are ready to deploy anywhere to search for or recover US troops. To do so, pararescuemen need to be familiar with and proficient in every operational environment.

“The lessons and skills learned here will further expand the way we operate in the” Indo-Pacific, Rogowski said of the exercise in Hawaii. “We’ll take these lessons and shape our [tactics, techniques, and procedures] for the future of special operations, personnel recovery, and combat search and rescue.”

Stavros Atlamazoglou is a defense journalist specializing in special operations, a Hellenic Army veteran (national service with the 575th Marine Battalion and Army HQ), and a Johns Hopkins University graduate.