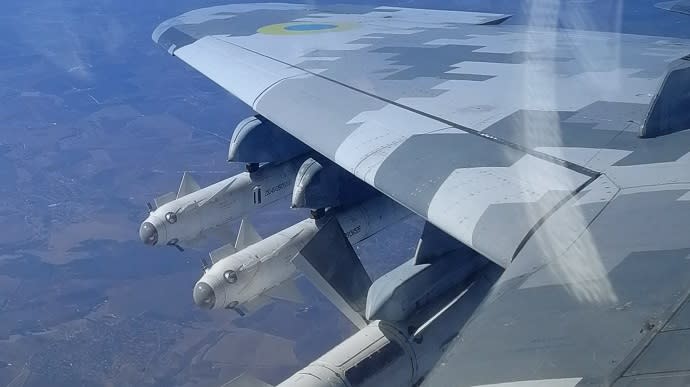 On its southern defence borders, the Ukrainian military have carried out 4 air attacks on the Russian forces’ manpower and equipment, as well as on a Russian ammunition depot.

Details: The Russian occupying forces tried to attack the Ukrainian positions in the Mykolaiv area by helicopter, receiving fire in return. The Mi-24, dodging the strikes, withdrew.

4 air attacks were carried out by missile and artillery units and aircraft of the Armed Forces of Ukraine as part of fire tasks.

Three helicopters hit the aggressors massed in the Kherson region, attack aircraft hit the invaders’ accumulated manpower and equipment in the area of ​​Davydiv Brid and Snihurivka, and a fighter struck an ammunition store in the Bilozirka hromada [community] of Kherson region.

The Russian army’s overall losses are currently confirmed as 28 invaders, one T-62 tank, a radar station, a tanker and other vehicles.

Their definitive losses are being clarified.

“Ruscist propagandists have turned another Odesa school into a militants’ base. But our special services have found and detained a genuine missile strike fire spotter on the bridge across the Dniester estuary. The collaborator kept in touch with his curators through closed channels,” Pivden Operational Command said in a statement.