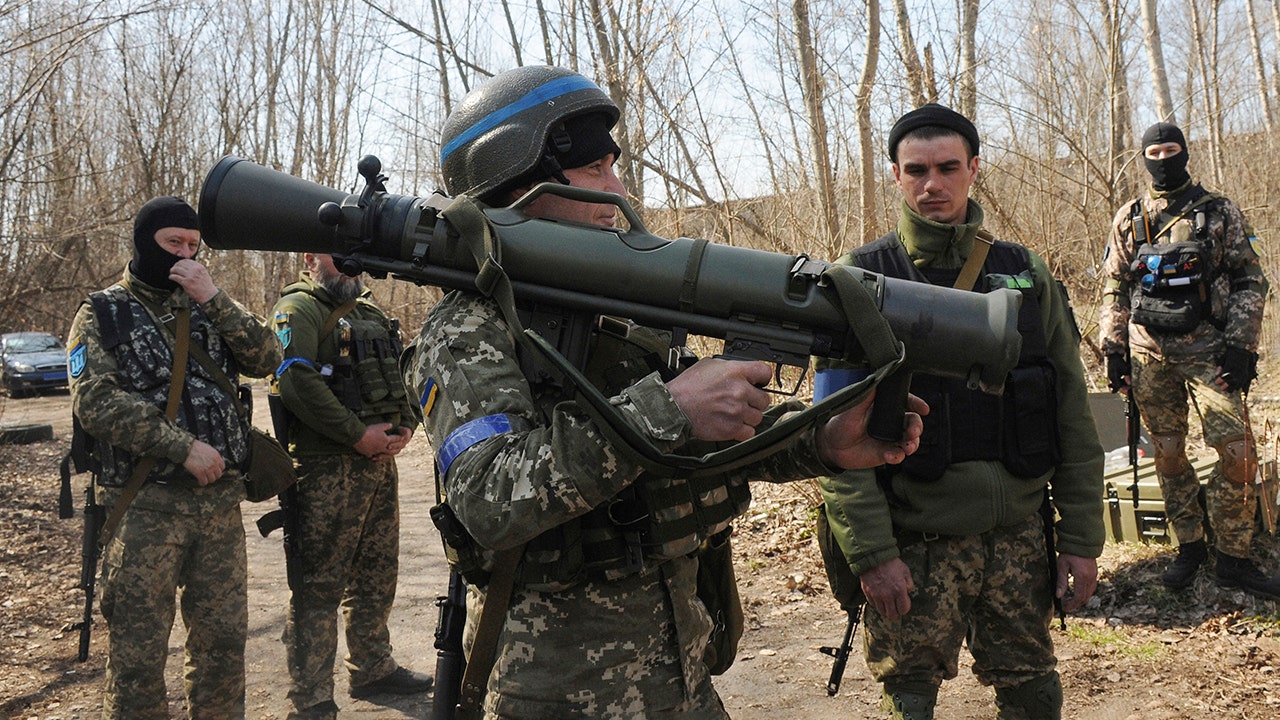 The U.S. continues to pledge and ship weapons to help Ukraine defend its territory, but delays that keep those weapons from reaching the front lines quickly have handed Russia an advantage as it seeks to capture the Donbas region.

Gen. Jack Keane, head of the Institute for the Study of War, stressed that Ukraine is at a “tipping point” and requires more weapons in order to push back against the Russian advantage.

President Biden in the past month announced two tranches of weapons and aid for Ukraine: The latest $1.2 billion package includes artillery, coastal defense weapons, ammunition and advanced rocket systems. A good portion of those weapons come from Defense Department inventories, meaning the department will announce packages before they have located, inspected and shipped the arms.

Analysts broadly thought that Russian President Vladimir Putin only aimed to capture the Donbas region, but Russian forces tried to take Kyiv and other major cities in a single, decisive blitz. The invasion struggled as the Russian military faced a number of setbacks, including significant logistics issues.

But now that Russia shifted its objectives and has focused only on securing the Donbas region, it has improved its capability to wage war, with faster supply lines and better range for its heavy weapons. A former defense official told Fox News Digital that some reports indicate that “the weapons are not getting to the Ukrainians quick enough.”

“It seems the right weapons are just not getting there in time, and turning what could have been a clear victory for Ukraine into a Russian advantage – a fumble on the 10-yard line by the West,” the official said.

Defense officials noted it would take “several” months for those weapons to reach the Ukrainian forces – specifically, the Harpoon missile system, which will require weeks to transfer the weapons and train the troops in their use.

“The truck-mounted Harpoon, in this condition, in this configuration, is new, right?” a defense official told reporters on June 15. “And so that’s why it’s taking a little bit of time to pull the systems together for full operational capability.”

Ukrainian forces say they need more weapons than their allies are sending them. The U.S. has pledged to continue coordinating with Ukrainian partners to ensure that aid continues to reach the front lines, but could not comment on the specific timelines.

“We are in constant communication with our Ukrainian counterparts discussing the evolving situation and their critical requirements,” Lieutenant Colonel Anton T. Semelroth, Department of Defense Spokesman, told Fox News Digital. “This coordination and our support for Ukraine will continue.”

Ukraine has also grappled with hesitation from its European allies regarding the delivery of lethal aid. Some European leaders – primarily Chancellor Olaf Scholz of Germany and President Emmanuel Macron of France – have pushed for Russia and Ukraine to end the war through peace talks rather than conflict.

Germany, which initially delayed the delivery of lethal aid to Ukraine until two months into the invasion, has lagged significantly behind Ukraine’s other allies in delivering any of its aid: Data from German think tank The Kiel Institute indicates Germany lags behind most allies, both in terms of the amount of aid promised and the amount actually delivered – amounting to roughly 35% of its total commitment.

“You can see the breaking in the ranks in the Europeans,” Keane told John Roberts during an appearance on “America Reports.” “You’ve got the U.K., the Baltics and Poland all in on Zelensky’s side, which is drive the Russians out of my territory.”

“You’ve got the French and the Germans – they’re not there,” he continued. “Where they are is they want a cease-fire: Go to negotiations as quickly as possible, end this thing as soon as possible … any kind of stalemate like that favors the Russians rather dramatically.”

Keane also admitted that the U.S. might favor the peace talk approach, saying, “the United States, I think, was strongly in a little bit of both of that, to be frank about it.”

That indecision and divisiveness in target and commitment is something that Russia will look to exploit as it presses its advantage to secure the Donbas region while the Ukrainians fight with depleting resources and inferior weapons.

“Russia is acutely aware of the lack of cohesion within NATO and among European governments regarding how far the West should go to support Ukraine,” Rebekah Koffler, president of Doctrine & Strategy Consulting, a former DIA intelligence officer, told Fox News Digital. “Moscow has been trying to fracture NATO and deepen the split between Old Europe and New Europe for years by running covert intelligence operations and waging disinformation warfare.”

Morgan Ortagus, a former State Department Spokesperson, argued that it is not a matter of timing but of the “right” weapons reaching the Ukrainians.

“The dire straits Ukraine’s fighters find themselves in are not so much about delays in delivering the arms we’ve agreed to send – it’s more that those arms aren’t sufficient to tip the balance on the battlefield,” Ortagus told Fox News Digital. “Unfortunately we, and none more than the Ukrainians, are learning how costly it can be when we fail to deter war.”

Peter Aitken is a Fox News Digital reporter with a focus on national and global news.