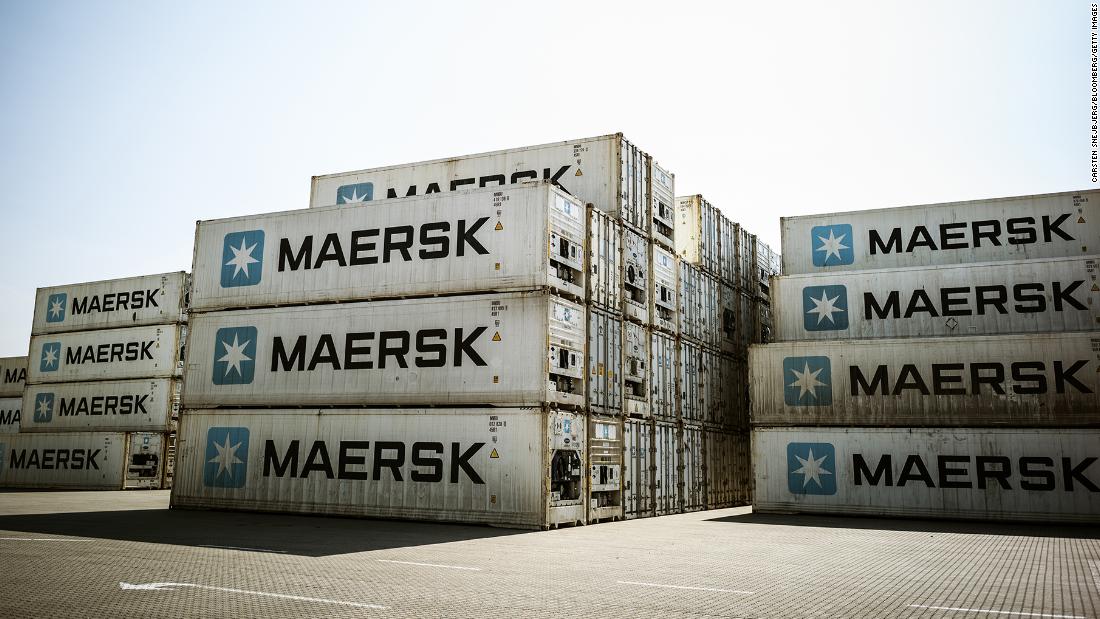 Using the moniker Midshipman-Y, the young woman’s account represents the latest blow to the federal academy, which has struggled to protect students from sexual abuse both on campus and at sea, and hold offenders accountable. Last year, the academy briefly shut down its mandatory “Sea Year” training program following the published report of another student who said she was raped by a senior crew member at sea in the summer of 2019, when she was 19 years old.

Both students had been placed on the same Maersk ship during their respective Sea Years, two years apart. Now, just days before the end of the school year, they are suing Maersk in separate lawsuits filed this week, alleging the shipping giant did not have safeguards in place to protect them and that it fostered a culture where sexual assault and harassment weren’t taken seriously.

“It is common sense that putting a 19-year-old girl on a ship full of older men, where many of the men have unfettered access to her stateroom via master keys, and where the men routinely get heavily intoxicated, could foreseeably lead to a teenaged girl being sexually assaulted,” attorneys wrote in one of the lawsuits.

Maersk Line, Limited said in a statement that it is reviewing the lawsuits but does not comment on pending litigation. The company noted, however, that it has “zero tolerance for assault, harassment or any form of discrimination on our vessels or in our company.”

“We take all allegations of assault or harassment very seriously, and we remain committed to ensuring that the shipboard environment is safe, supportive and welcoming to all,” the company said in the statement.

According to the lawsuit filed by Midshipman-Y, the now 19 year old was assigned to undergo training aboard the Maersk ship, the Alliance Fairfax, last summer. Upon boarding, she alleges she was warned by a fellow female student leaving the vessel about “creepy guys” onboard and to “be careful.” The departing student said she should avoid wearing a bathing suit or shorts so as to not attract any attention. But from the moment she stepped on board, Midshipman-Y said she became the subject of sexual comments and jokes from a number of crew members. An electrician and senior crew member also began making unwanted sexual advances, allegedly telling her he wanted to have a sexual relationship with her and repeatedly groping her.

“You’re the only girl. We should pull your pants down, lay you on the table, and let everyone slap your ass,” he allegedly said to her one day while she was playing a card game with two other cadets. While high ranking officers overheard the exchange, no one confronted the electrician or reported him, the lawsuit alleges. “Not only did the senior officials on the Alliance Fairfax not enforce the anti-[sexual assault and sexual harassment] policies, but they were among the offenders,” it states.

As detailed in her lawsuit, Midshipman-Y said she didn’t feel safe in her room, since other crew members had master keys that could open any room on the ship. So she slept on the floor of her locked bathroom and held a pocket knife in case the electrician tried to find her. She tried seeking help from the one other female on the ship, but that woman only shared her own stories of harassment. For weeks, she was unable to reach anyone off of the ship because of limited Wi-Fi and an unreliable satellite texting device given to her by the academy, according to the suit.

Around 45 days into the journey, she reached a port where she was finally able to call her mother — who encouraged her to get off the ship. Even though she knew that cutting her time at sea short could mean she wouldn’t be able to graduate, the lawsuit states, Midshipman-Y requested an “emergency evacuation” anyway, the lawsuit states.

The second lawsuit came from the student who had published her explosive allegations of being raped at sea under the pseudonym of Midshipman-X. On Tuesday, she identified herself in court records by her real name: Hope Hicks.

Hicks, in an interview with CNN, said that hearing Midshipman-Y’s story of harassment on the same ship where she was allegedly assaulted two years earlier shows just how bad the situation is.

“That just goes to show even if there is a change of people there isn’t a change of culture. Until it changes it’s just going to keep happening,” Hicks said, adding that she hopes her lawsuit will give other victims the courage to come forward so that Maersk and other shipping companies will be forced to create safe working environments for female crew members, who are significantly outnumbered in the industry.

When Hicks came forward with her rape allegation in a blog post last fall, it sparked the attention of lawmakers and prompted Maersk to suspend and later fire five crew members. The company, however, said it was “unable to make any findings with respect to the rape allegation” because certain employees refused to cooperate with the investigation. The Coast Guard investigated the alleged rape as well and referred the case to the Department of Justice, but prosecutors declined to comment on whether charges would be filed, citing the ongoing investigation. The Maritime Administration, which oversees the academy, temporarily halted Sea Year in November and later rolled out a series of reforms aimed at better protecting students from sexual harassment and assault.

In Hicks’ lawsuit, her attorneys allege that the Maersk “took insufficient measures to protect the teenaged cadets under its charge.” The only female on the Alliance Fairfax, Hicks alleged she was ordered to log in under the names of other crew members to complete the sexual assault and harassment training that was federally mandated in order to have cadets on board. Hicks said members of the crew often looked on as she was sexually harassed by her supervisor on the ship and did nothing to intervene.

Then one night, her superiors demanded that she leave her room and forced her to take repeated shots of liquor, despite Maersk’s “zero tolerance” policy for drugs and alcohol, her lawsuit states. She woke up the next morning to find blood on her sheets and bruises on her body. She said she knew immediately that she had been raped, but she was too scared — both of the retaliation she could face and academic consequences — to report what happened.

CNN reported earlier this year how school policies created significant barriers to the reporting and investigation of alleged assaults. The Maritime Administration declined to comment on the lawsuits but previously acknowledged that more needs to be done to remove barriers that prevent students from speaking up.

Both Hicks and Midshipman-Y were severely traumatized by what happened to them at sea, their lawsuits state.

Shortly after returning to campus, Midshipman-Y says she became extremely sick from her anxiety — ultimately passing out in the dining hall from a panic attack and being transported to the emergency room via ambulance. A good student before her time on the Alliance, according to the complaint, she struggled to focus on her studies and failed three classes before she was sent a notice of disenrollment from the academy, which would require paying back tens of thousands of dollars in tuition or enlisting in the military.

She appealed the academy’s decision and was given a “compassionate setback” to the class of 2025 and is currently living at home with her family attempting to heal from the trauma she experienced, her lawsuit states.

The young woman, who was working to become a fighter pilot in the military, is not sure if she will ever feel emotionally ready to return to campus — or to sea to complete the training hours needed to graduate, her attorneys said.

Hicks, meanwhile, said she suffered from both depression and panic attacks — sometimes succumbing to bouts of uncontrollable tears. She celebrated her 22nd birthday Tuesday and will graduate from the academy this weekend. Her rape, she said, destroyed the interest she had in pursuing a career as a Merchant Marine engineer. Instead, she said, she is set to join the Navy after graduation as a commissioned officer.

Hicks said she suffered some pushback from fellow students who figured out she was the anonymous student who had come forward and worried their Sea Year studies would be affected. But, she added, she was overwhelmed by the support she received from many other students on campus and is determined to do everything she can to seek justice for what happened to her and others.

“The system makes it very hard for victims to come forward. I want to make others feel like it is safe to come forward with their own stories,” she said. “I am going to keep fighting for this cause until there is actual change. There is power in numbers; the more people who come forward the better.”

Do you have an experience or information to share about the US Merchant Marine Academy or the maritime industry? Email us at watchdog@cnn.com.