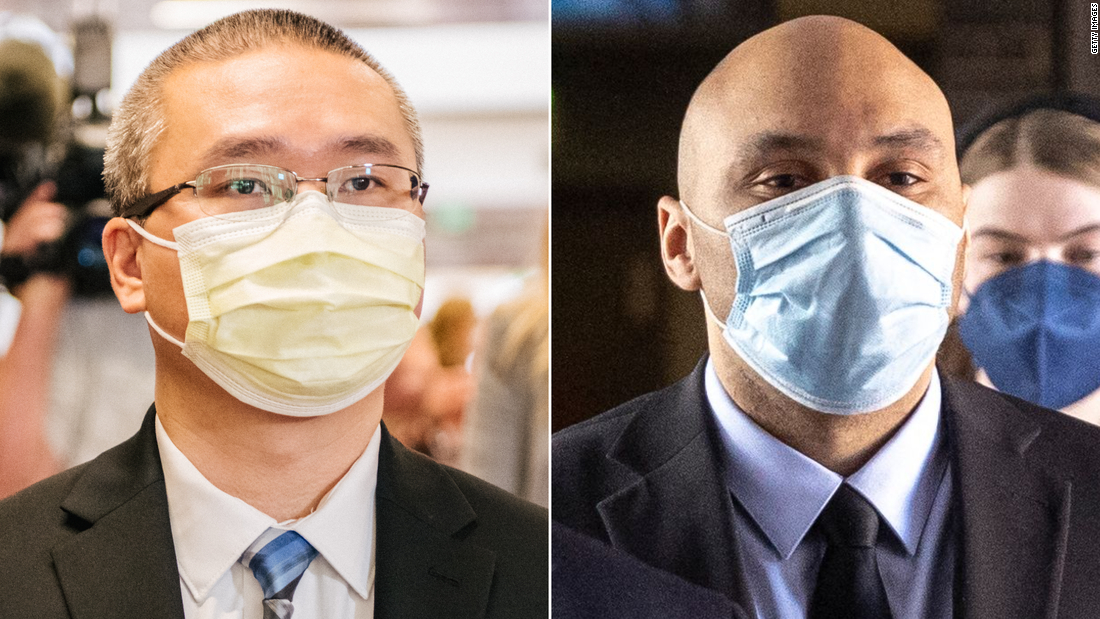 Kueng, who held down Floyd’s torso, and Thao, who kept a group of bystanders back, were each convicted in February of violating Floyd’s civil rights and of failing to intervene to stop their colleague Derek Chauvin during the restraint.

With the sentences, all four of the officers who helped restrain Floyd in May 2020 have now been sentenced to prison time.

Thomas Lane, who held down Floyd’s legs, was convicted of one federal charge and sentenced last week to 2.5 years in prison, as Judge Paul A. Magnuson cited Lane’s “minimal role” in the incident. Chauvin, the primary aggressor, pleaded guilty to violating Floyd’s civil rights and of an unrelated civil rights violation and was sentenced to 21 years in prison to be served concurrently with his 22.5-year sentence on state murder charges.

Federal prosecutors had asked the court to sentence Kueng, 28, and Thao, 36, to “significantly more” time than the range applicable to Lane but less time than Chauvin’s sentence. Thao’s defense team asked for a sentence of 2 years, while Kueng’s defense team filed its recommendation under seal.

Kueng declined to make a statement in court. Thao, though, made a lengthy statement to the court, quoting numerous Bible verses and describing how he was “born again” after being jailed.

“I will never forget you speaking to the onlookers when you said, ‘This is why you don’t do drugs,'” she said to Thao. “No one deserves to be treated as less. That’s not how Floyd treated others.”

Both Kueng and Thao also will be ordered to pay a $200 special assessment and will placed on supervised release for 2 years after serving their prison terms.

In court Wednesday, the judge said that Kueng was a new officer who deferred to the authority of a “much more senior officer.” Magnuson wrote in a court filing last week that Kueng and Thao “each made a tragic misdiagnosis in their assessment” of Floyd.

Kristen Clarke, Assistant Attorney General for the Department of Justice’s Civil Rights Division, said in a statement that all four officers involved in Floyd’s death had been held accountable.

“The federal prosecution of all officers tied to the death of George Floyd should send a clear and powerful message that the Department of Justice will never tolerate the unlawful abuse of power or victimization of Americans by anyone in law enforcement,” she said.

How we got here

The sentencing comes more than two years after Lane, Thao and Kueng were fired and arrested for their actions — or lack thereof — in May 2020 as Chauvin pressed his knee into the neck and back of Floyd, who was handcuffed and lying on his stomach, for more than nine minutes.

Harrowing video of the incident and Floyd’s ignored pleas for help spread widely and launched an international protest movement against police brutality and anti-Black violence.

At their federal trial in February, each of Lane, Kueng and Thao testified in their own defense and highlighted Chauvin’s role in taking charge of the situation.

Kueng told jurors that he deferred to Chauvin on what to do during the arrest because Chauvin was the senior officer on scene with more than 15 years of experience.

Thao told the court he assumed the other officers on the scene were “taking care” of Floyd, and that his role transitioned to crowd and traffic control. When prosecutors asked Thao during cross-examination why he didn’t tell Chauvin to get off Floyd’s neck, he said: “I think I would trust a 19-year veteran to figure it out.”