Trump said it was a 'foolish' decision for GOP to not be represented on the January 6 panel. He and Republican lawmakers rejected a bipartisan commission last year. 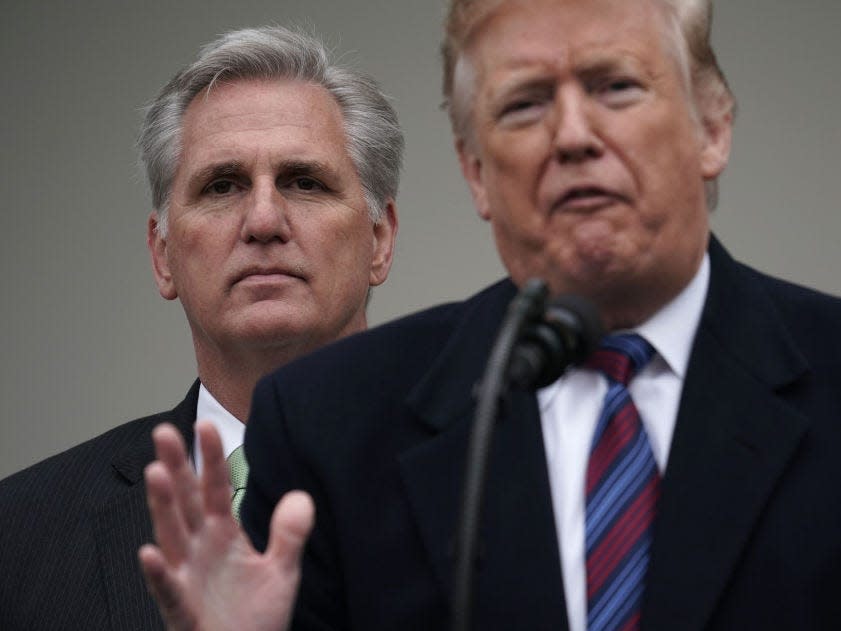 Former President Donald Trump said last week it was a mistake for Republicans to not be more involved in the committee investigating January 6.

“Unfortunately, a bad decision was made,” Trump said in an interview with conservative radio host Wayne Allyn Root, adding it “was a bad decision not to have representation on that committee. That was a very, very foolish decision.”

Trump continued, saying that the committee tries to “pretend that they’re legit” but that it’s “just a one-sided witch hunt.”

The select House committee was formed last year after Senate Republicans in May 2021 blocked the formation of a bipartisan, 9/11-style commission to investigate the Capitol riot.

Sen. Bill Cassidy, one of the Republicans who voted in favor of the commission, said at the time the “investigations will happen with or without Republicans” and that the GOP should be involved “to ensure the investigations are fair, impartial and focused on the facts.”

The Senate vote came after House Minority Leader Kevin McCarthy, who originally expressed interest in the commission, came out against it. McCarthy said at the time he opposed the commission because House Speaker Nancy Pelosi “refused to negotiate in good faith on basic parameters.”

Insider’s Eliza Relman reported Democrats agreed to nearly all of the Republicans’ requests, including that the panel members be divided evenly between both parties and that decisions on who to subpoena would be unanimous.

For his part, Trump too rejected the idea of the bipartisan commission at the time, calling it a “Democrat trap.”

Since rejecting the bipartisan commission, McCarthy has denounced the select committee as “illegitimate” and dismissed efforts to investigate the Capitol riot, even as leaked audio from the days after the attack revealed him promising to do exactly that.

“We cannot just sweep this under the rug. We need to know why it happened, who did it, and people need to be held accountable for it,” he said. “And I’m committed to make sure that happens.”

During the interview last week, Trump called the House committee and the ongoing hearings a “disgrace.”

“We have no representation on this panel. We should have, certainly, some Republicans — real Republicans,” Trump said, adding he wasn’t talking about Rep. Liz Cheney, who along with Rep. Adam Kinzinger are the only Republican members. Cheney and Kinzinger both voted to impeach Trump after January 6 and are often criticized as RINOs, or Republicans in Name Only, by Trump and his supporters.

“It’s a terrible thing when you look at it. It’s a totally one-sided kangaroo court,” Trump said, adding: “In a way, the Republicans should be ashamed of themselves.”

The offices of Trump and McCarthy did not immediately respond to Insider’s requests for comment.