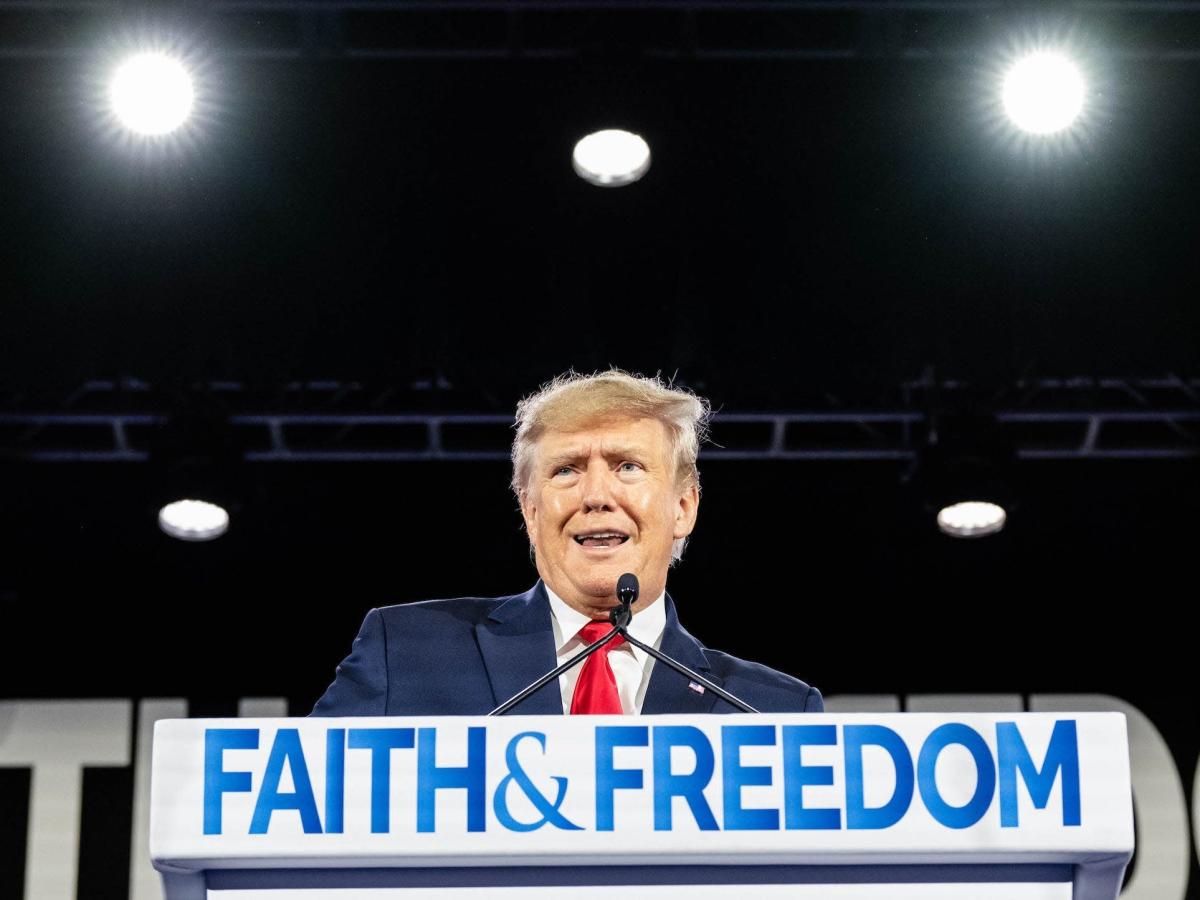 Former President Donald Trump on Friday bragged that he was impeached twice, while recycling his false claims about the 2020 election and attacking former Vice President Mike Pence and former Attorney General William Barr.

Delivering a speech to the Faith and Freedom Coalition in Nashville, the former president said Pence didn’t have the courage to embrace his effort to overturn the election and mocked Barr for being “afraid” of getting impeached.

“What’s wrong with being impeached? I got impeached twice and my poll numbers went up,” Trump said. The former president’s approval ratings went up after his first impeachment in late 2019, but plunged around the time of his second impeachment for inciting a deadly insurrection at the US Capitol in early 2021. Trump left office as a historically unpopular president, and stands as the only commander-in-chief in US history to be impeached twice.

Moments later in the speech, Trump reiterated his baseless claims about election fraud and screamed, “Nothing matters!” The same phrase was often uttered on social media by Trump’s critics throughout his presidency as he weathered a relentless series of scandals. Though Trump left office with a majority of Americans disapproving of his handling of the job, his approval numbers remained remarkably steady among Republican voters during his tenure.

Trump’s Friday speech came after the House select committee investigating the January 6 Capitol riot held hearings in Washington this week, laying out damning findings on the unprecedented effort by the former president and his allies to overturn a US presidential election.

Michael Luttig, who advised Pence as the VP faced pressure from Trump to obstruct Joe Biden’s Electoral College victory, during Thursday’s hearing delivered a stark warning over the ongoing threat posed to US democracy by the former president and his supporters.

Luttig, a former federal judge and longtime conservative, in his testimony said Trump and his supporters are “a clear and present danger to American democracy.”

“That’s not because of what happened on January 6,” Luttig went on to say, “It is because to this very day the former president and his allies and supporters pledge that in the presidential election of 2024, if the former president or his anointed successor as the Republican party presidential candidate were to lose that election, that they would attempt to overturn that 2024 election in the same way that they attempted to overturn the 2020 election — but succeed in 2024 where they failed in 2020.”

Lutting, a lifelong Republican who served in the administrations of Presidents Ronald Reagan and George W. Bush and clerked for conservative Supreme Court justices before taking the bench, said he did not “speak those words lightly.”