Trump and Sanders Opened Doors. Inflation Is Closing Them. 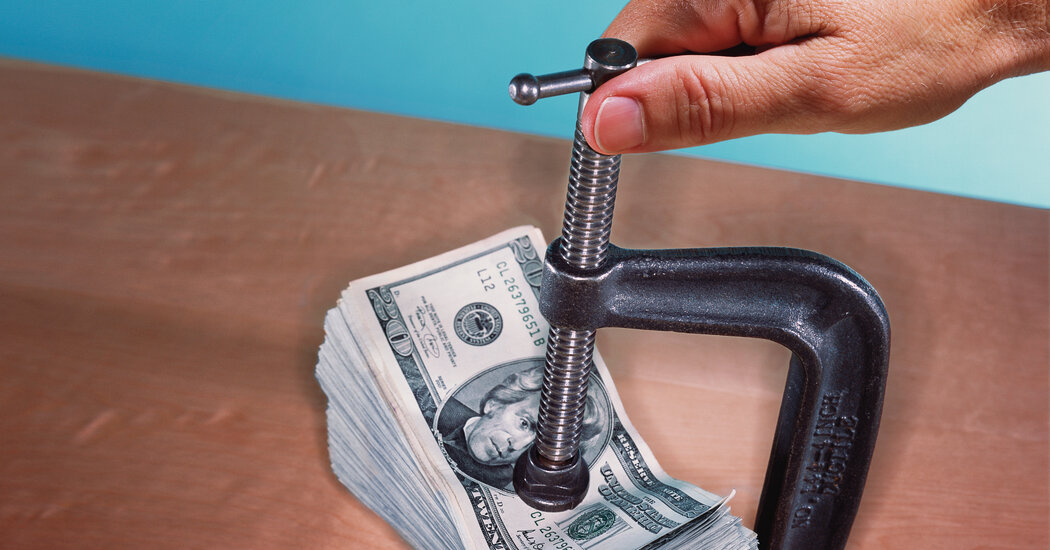 There were many bad things about the period in American politics between Donald Trump’s escalator descent in summer 2015 and the arrival of the Covid pandemic: chaos, polarization, corruption, hysteria, the usual list.

But one notable good thing about that period was the return of intellectual ferment and policy ambition. Effectively, both Trump and Bernie Sanders demonstrated that more things were possible in American politics than had appeared the case in the dreary mid-Obama era, and populists and socialists rushed to fill the space they’d cleared — with ideas for right-wing industrial and family policy, with Medicare for All and the Green New Deal.

But you could argue that what really created this new sense of possibility, what helped Trump defeat the Republican establishment and lifted the Sanders campaigns in 2016 and (prepandemic) 2020, was the sense that America had more room to just spend money than the establishment in the Obama era had believed.

When deficits skyrocketed during the Great Recession, not just Tea Partyers but also lots of respectable centrists assumed that there were real inflation and debt-crisis risks on the horizon. In this landscape, Washington became obsessed with fiscal grand bargains, and any kind of policy innovation seemed to require brutal pay-fors: If you wanted new liberal social programs, you needed sweeping tax increases; if you wanted “reform-conservative” support for work and family, you needed sweeping entitlement reform.

Except that the inflation expectation was wrong, and the American economy chugged along below full capacity. As this became apparent, the green-eyeshade spirit gradually dissolved, and socialism and populism took over for the Simpson-Bowles commission and Paul Ryan’s budgets. The idea of pay-fors didn’t go away entirely: One obstacle to the major infrastructure bill that Trump promised and never delivered was congressional Republicans posturing as deficit hawks, and Sanders famously feuded with Elizabeth Warren over how to pay for their overlapping Medicare proposals. But mostly Republicans returned to a deficits-don’t-matter insouciance, while the left had its own intellectual apparatus, modern monetary theory, to justify spending to the moon.

In certain ways the policy response to the pandemic was the apotheosis of this trend: bipartisan spending bills, extraordinary spending levels, negligible concern about the deficit. But today the Covid relief bills look like an endpoint as well as a peak. In effect, the temporary crisis spending filled in all the fiscal space that policy entrepreneurs had envisioned being filled by permanent commitments. We saved businesses and propped up (and then some) state and local governments; we didn’t institute Medicare for All or a permanent expansion of the child tax credit.

And then, at last, inflation made a comeback — and just like that, the era of free-lunch policymaking came to an end.

That end may not be permanent; we don’t know yet what the inflation rate or the economy will look like in 2024. But right now it feels as if both ambitious socialists and creative populists had a window of opportunity for unconstrained policymaking that opened in the mid-2010s, lasted through the Trump presidency and slammed closed under Joe Biden.

An atmosphere of constraint does not preclude all legislative creativity. There are certain things that Democrats can fund just by raising taxes on the rich, for instance, and perhaps some version of Build Back Better that balances new spending with upper-bracket tax hikes can still emerge from the long courtship of Joe Manchin. Among Republicans, Mitt Romney’s family-benefit proposal pays for itself with reforms to the welfare state and the tax code; presumably other ideas from the populist right could do the same.

But given America’s existing fiscal commitments, the return of inflation deals a real blow to grand ambitions on the left, because there are few signs that the median voter (or the typical wealthy Democratic donor) is prepared to accept tax increases on the scale required to pay for the full Sanders or Ocasio-Cortezan agenda. It also creates substantial problems for politicians trying to hold together a downscale-upscale coalition on the right. Ron DeSantis, for instance, has flourished by attacking wokeness in schools while also raising teacher salaries, but it’s hard to imagine his donors would be enthusiastic about a similar approach nationally if it required higher taxes on the rich.

This doesn’t mean that either populism or socialism is about to disappear. As Patrick Brown writes in Politico, with the ebbing of libertarian and corporate influence on the party, Republicans seeking a working-class conservatism have a more “open ideological field” for their ambitions than in the past. And there’s a similar dynamic among Democrats, where the key inflation hawks in the Biden era have been gadflies like Manchin and Larry Summers, with the core of the party, relative to the Obama era, standing way off to the left.

But fiscal conditions, the inflation rate and donor pressure still matter, no matter which ideological faction has the upper hand. And there are a lot of ways for ideology to manifest itself, some of them requiring less fiscal space than others. What happened on the left after Sanders lost to Biden and the George Floyd protests took off in 2020, the dramatic shift from economic to cultural revolution, offers a case study in how radical energy gets redirected into culture war when its economic ambitions seem blocked off.

The right has long experience with this kind of redirection, and ample enthusiasm for cultural conflict. So expect more of it, from both sides, under conditions of fiscal constraint. And expect a slow-dawning realization among the serious-minded socialists and populists that the best time to carry out their big ideas, the best moment for a radical policy departure, may have already come and gone.