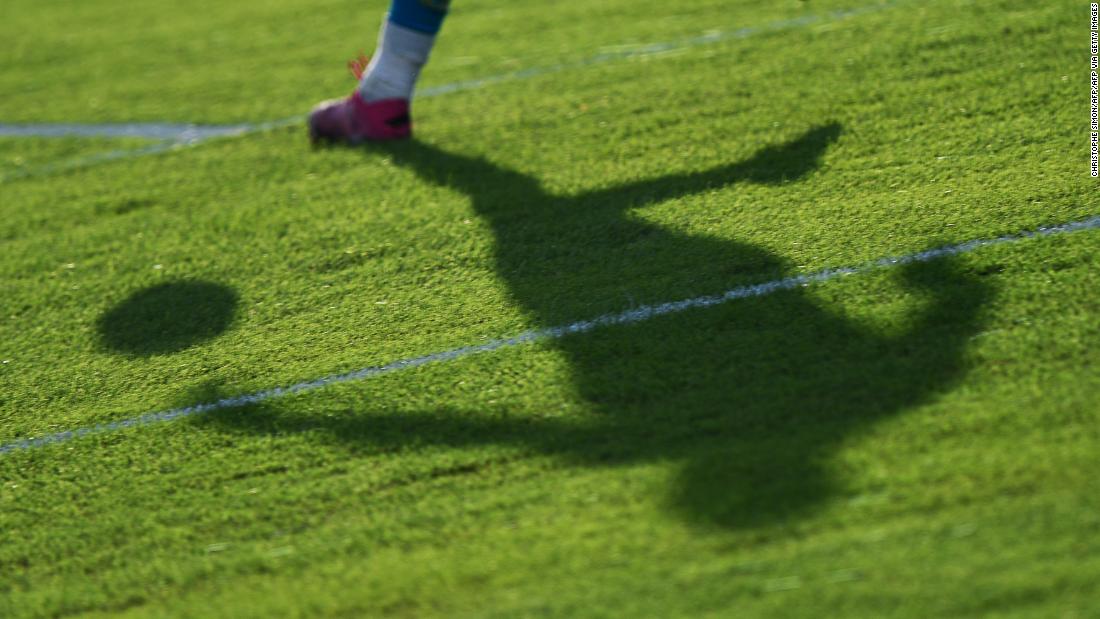 In a statement, the IRL said it is “continuing work to review and update rules” and will “seek to use the upcoming World Cup to help develop a comprehensive inclusion policy.”

The ban will be in place for the Rugby League World Cup, which begins in England on October 15.

“Until further research is completed to enable the IRL to implement a formal transgender inclusion policy, male-to-female (transwomen) players are unable to play in sanctioned women’s international rugby league matches,” the statement read.

“In reaching this position, the IRL, which last reviewed transgender participation in international rugby league in January-February 2021, considered several relevant developments in world sport. Not the least of these was the IOC’s publication of its November 2021 Framework on Fairness, Non-Discrimination and Inclusion on the Basis of Gender Identity and Sex Variations.

“The IOC concluded that it is the remit of each sport and its governing body to determine how an athlete may be at a disproportionate advantage compared with their peers — taking into consideration the differing nature of each sport.”

The IOC decision in question has led numerous governing bodies to implement new gender participation framework to their sports in recent months.

While the IRL’s new rules are a blanket ban on male-to-female transgender athletes competing in women’s divisions, FINA and the UCI have developed detailed policies that restrict participation.

On Sunday, FINA approved its new “gender inclusion” policy that says male-to-female transgender athletes will only be eligible to compete in the women’s categories in FINA competitions if they transition before the age of 12 or before they reach stage two on the puberty Tanner Scale.

The policy also says athletes who have previously used testosterone as part of female-to-male gender-affirming hormone treatment will only be eligible to compete in women’s competitions if the testosterone was used for less than a year in total, the treatment didn’t take place during puberty and testosterone levels in serum are back to pre-treatment levels.

In a response to the FINA decision, the IOC issued a statement on Monday to CNN which said that “sports at the Olympic Games are governed by the International Federations (IFs).”

It continued: “With regard to eligibility criteria for sex-segregated competition, the Framework offers guidance to IFs without being mandatory. The previous Consensus Statement published by the IOC on the topic of eligibility for trans athletes and athletes with sex variations in 2015 was also non-binding for IFs.

“The IOC considers that sports bodies are well placed to define the factors that contribute to performance advantage in the context of their own sport.

“They are also well placed to determine the threshold at which an advantage may become disproportionate, devise relevant criteria, and develop the mechanisms needed to offset disproportionate advantage when it is determined to be present.”

Meanwhile, the UCI last week said that it has increased the transition period for lower testosterone from 12 months to two years and halved the maximum level of testosterone.

Rugby league differs to rugby union in its rules and also has a different governing body.

Last year World Rugby, rugby union’s governing body, said it did not recommend that transgender women play women’s contact rugby “on safety grounds at the international level of the game.” However, the governing body’s advice was not binding and allowed national federations to implement their own grassroots policy.

In its statement on Tuesday, the IRL said in the “interests of avoiding unnecessary welfare, legal and reputational risk to International Rugby League competitions, and those competing therein,” more research was needed before finalizing a more detailed policy.

“The IRL reaffirms its belief that rugby league is a game for all and that anyone and everyone can play our sport,” the statement said.

“It is the IRL’s responsibility to balance the individual’s right to participate — a long-standing principle of rugby league and at its heart from the day it was established — against perceived risk to other participants, and to ensure all are given a fair hearing.

“The IRL will continue to work towards developing a set of criteria, based on best possible evidence, which fairly balance the individual’s right to play with the safety of all participants.”

The IRL says it will look to work with the eight teams that compete at the Women’s Rugby League World Cup to obtain data that will help shape a transgender participation policy in 2023.