Tornado tears through another Chinese city 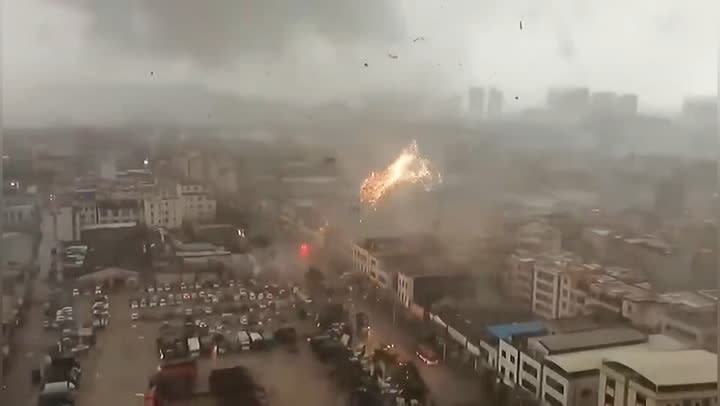 STORY: China was hit by a rare convergence of record rainfall, heatwaves, and a tornado in the southern megacity of Guangzhou, displacing millions of people, damaging properties and swamping farmland. The early summer storms have been greater in intensity and more prolonged than usual this year, with precipitation in Guangxi, Guangdong and Fujian at its highest since 1961, according to local weather bureaus. Heavy rainfall is expected to persist in the provinces of Guizhou, Jiangxi, Anhui and Zhejiang, as well as in Guangxi, early this week, according to state weather forecasts on Sunday (June 19).