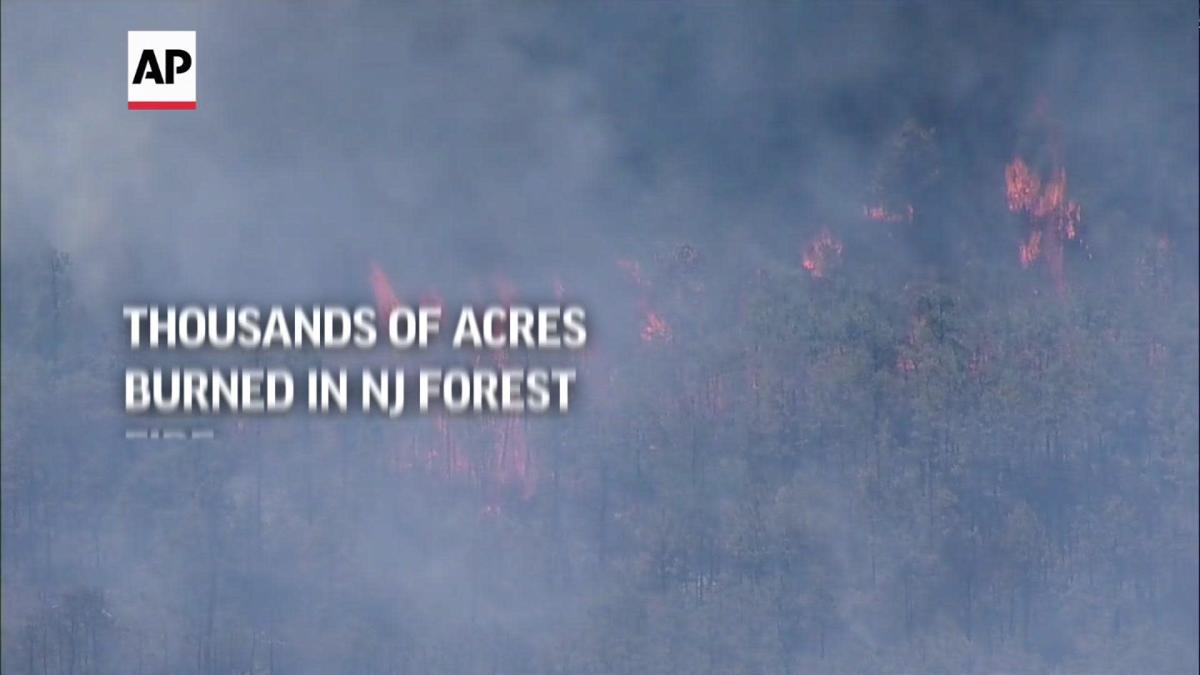 Wildfire Explodes to More Than 7,000 Acres in New Jersey

A wildfire “fuled by dry and breezy conditions” spread to 7,200 acres in Wharton State Forest, New Jersey, on June 20, according to the state forest fire service.Footage by Bill Caruso shows a firefighting helicopter picking up water. The video was filmed at Batsto Lake on June 19, Caruso said.The fire broke out on Sunday evening, and quickly reached 2,100 acres.By Monday, authorities said the blaze spread to 7,200 acres and was 45 percent contained.Land in Washington, Shamong, Hammonton and Mullica townships was being impacted by the fire, and 18 structures were under threat, according to the New Jersey Forest Fire Service.There were no reported injuries as of Monday morning. Credit: Bill Caruso via Storyful