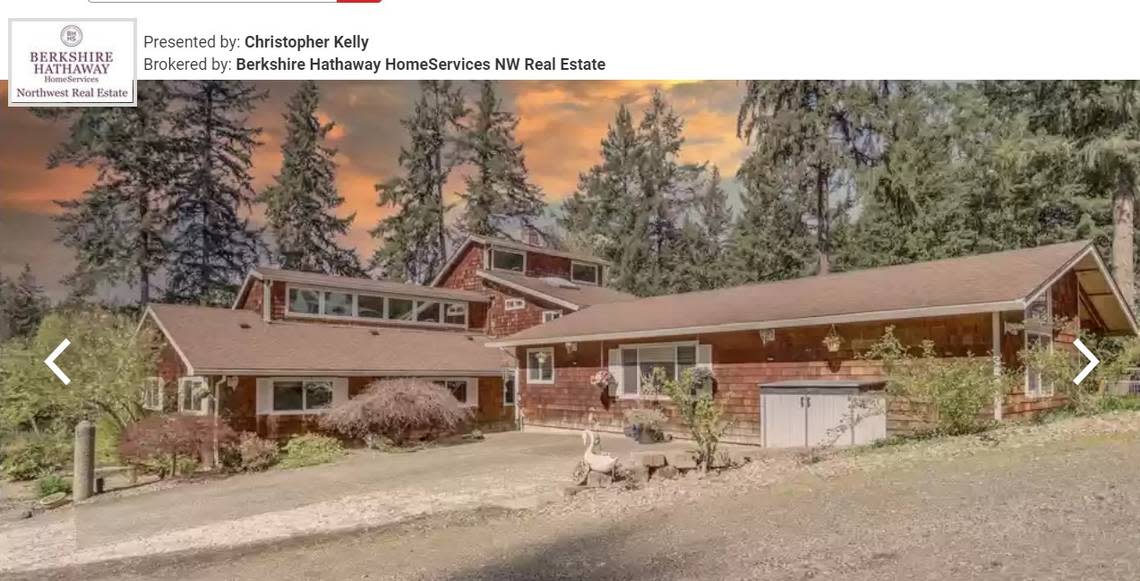 A spacious house on 6 acres for sale in Estacada, Oregon, for $965,000 comes with a little bonus friend — an iridescent peacock named Jerry, the listing on Realtor.com says.

The four-bedroom, three-bathroom house is a looker, too.

The 3,194-square-foot residence has some highlights outside of Jerry, including:

The home — and Jerry — caught the attention of the popular social media page Zillow Gone Wild as fans flocked to the comment section to leave their thoughts.

“Oh that looks pretty nice,” one person said. “Give me a horse and some oats to feed it and that’s a done deal. That’s a nice piece of land and the inside actually looks pretty good! The emotional support peacock is a plus.”

“Peacocks are independent birds that live wherever they want,” another commented. “My parent’s neighbors have had them for years.”

“Not using Bigfoot as a realtor was a missed opportunity, IMO,” someone joked.

“How can they leave Jerry behind??” one person asked.

“Worth it just for Jerry,” another said.

“Omg, if I were wealthy, I would buy this house in a heartbeat,” someone commented. “Jerry the Peacock would have been the deciding factor!”

Others were quick to point out that peacocks can be rather temperamental.

“Peacocks are jerks. Great guard…birds?” one person asked. “They can also be very, very loud.”

“I love peacocks,” another said. “They are loud and annoying, which is what actually makes me love them.”

“You would have to knock $100k off to leave the peacock,” someone commented. “Those things are annoying.”

“My grandpa had wild peacocks on his land when I was a kid,” one person said on Twitter. “This isn’t a perk, it’s a warning.”

Estacada is about 28 miles southeast of Portland.

$25 million mansion for sale in Florida dazzles with its lavish features. Take a look

Listed Michigan home with ‘wow’ factor is ‘sharp’ in more ways than one. Check it out