‘There’s like 50 of them!’ Watch what swimmers encountered near a Florida resort 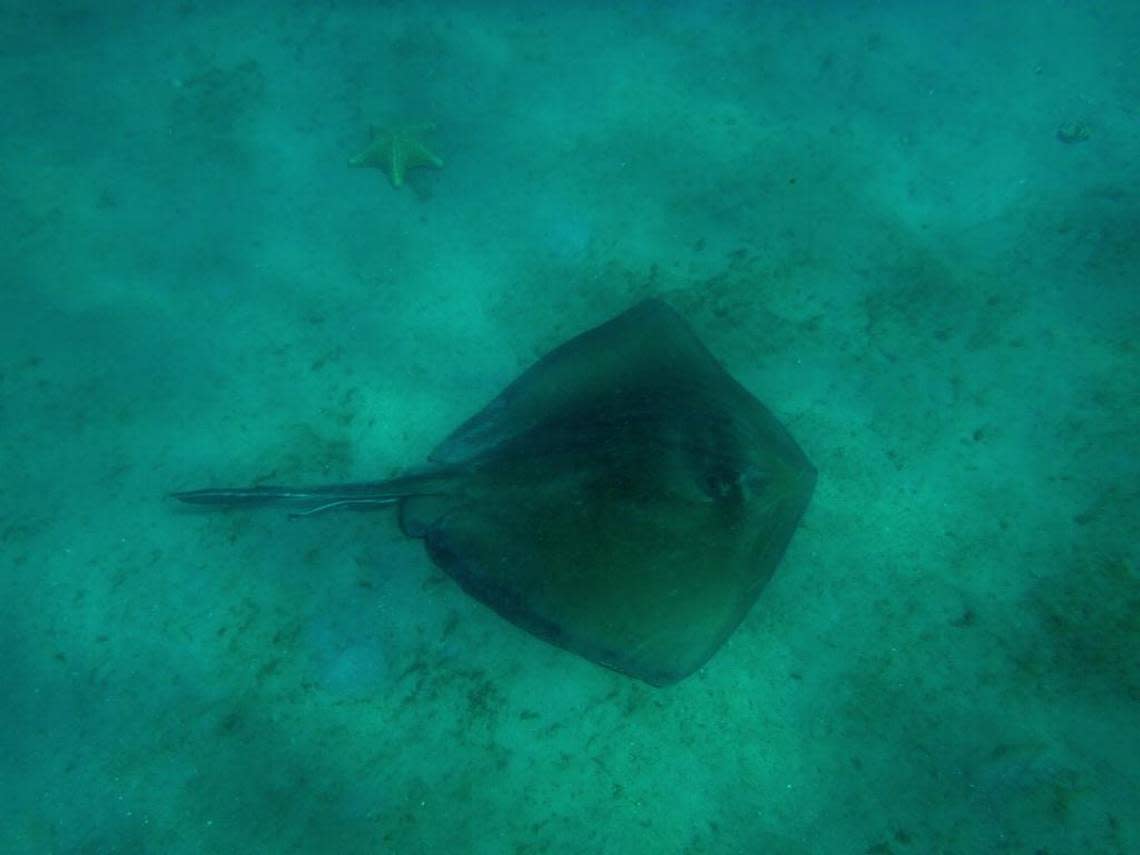 A few vacationers got a front-row seat to some Sea World-like action in Fort Myers Beach over the weekend.

In video posted to the Lani Kai Island Resort’s Facebook page, you can clearly see a large school of Southern stingrays approach a bunch of swimmers. The person shooting the clip on Saturday was at a table overlooking the water with a few other folks, the hotel says.

“That is literally all stingrays,” a woman says off camera. “’Excuse us, we’re coming through!’”

The bathers chitchatting in the knee-deep water are not in earshot of their warnings, and seem to be completely clueless.

As the stingray crew comes inches away from a small group of humans, the onlookers gasp.

“Those people are about to get a real rude awakening,” says the woman, with a laugh.

But they notice nothing amiss.

As the school then approaches a small boy, it briefly separates and goes around him, then reconnects.

“Why didn’t anyone warn that child!” the woman screams.

There was no need to worry, even if the sight of so many stingrays in such close vicinity may be alarming.

According to the Florida Fish and Wildlife Conservation Commission, they often travels in groups called “fevers,” or aggregations, and pose no threat, despite having a defensive venomous barb located near the base of the tail.

Needless to say, according to the FWC: “Avoid handling or exercise extreme caution.”

”The waterfront hotel’s Facebook post echoes what the agency advises: “During the warmer months, it’s important to do the ‘stingray shuffle’ to avoid stepping on these otherwise harmless creatures.”

Right, let them do their thing and pass on through.