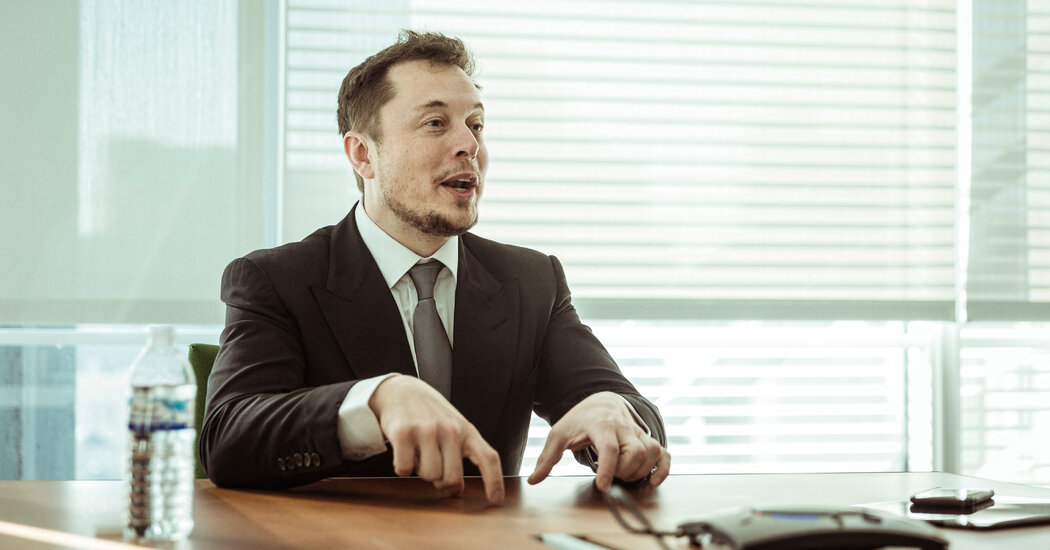 Watch our new documentary on FX and Hulu.

Elon Musk’s ambition to have an impact on the world is undeniable. “I have lots of ideas, more ideas than I can act upon,” the billionaire tech entrepreneur told The Times’s Maureen Dowd in 2020. “I tend to bite off more than I can chew and then just sit there with chipmunk cheeks.”

When it came to Tesla, the electric car company he took over in 2008, Musk “wanted to disrupt and revolutionize the auto industry,” reporter Neal Boudette said in a new documentary by The New York Times. “And Autopilot was kind of a halo.”

For some at Tesla, Musk’s vision of the future was catching. “Elon Musk had a very specific way of motivating people,” JT Stukes, a former Tesla project engineer, said. “He would say really cool things, science fiction things, and he would make you believe that you could do it.”

Self-driving technology would, in Musk’s view, save lives that might be lost to human error on the roads. And he has spoken publicly of a future in which a driver gets in a car, falls asleep and wakes up at their destination.

Tesla’s pursuit of a self-driving future, while lofty, has not been without a cost.

Josh Brown, Walter Huang and Jeremy Banner are among a number of drivers who have died in fatal crashes while using Tesla’s Autopilot feature. A crucial question loomed in the aftermath of these accidents: Was human error or the technology to blame?

In our documentary, we hear from former Tesla employees, many of whom describe a disconnect between the vision being espoused by the chief executive and the technological reality. And we speak to the regulators and government officials who have investigated Tesla, to the dismay of Musk.

“The New York Times Presents” is a series of documentaries representing the unparalleled journalism and insight of The New York Times, bringing viewers close to the essential stories of our time.