The next Ford F-150 could be a hatchback 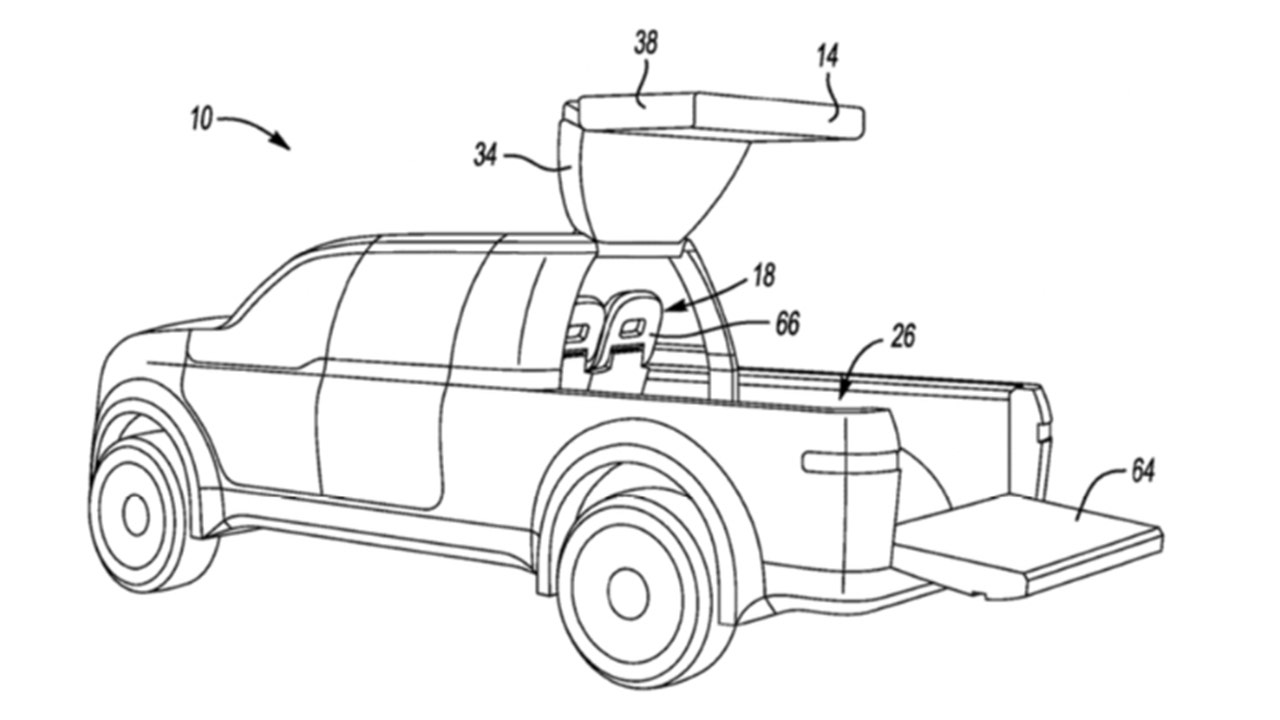 The 2022 Ford F-150 Lightning is Ford’s first electric truck and has features not found on any other F-Series model. Fox News Autos Editor Gary Gastelu takes it for a spin.

One of the F-150 Lightning’s standout features is a front trunk called the Mega Power Frunk, but Ford is already thinking about how to improve the back of its next electric pickup.

The automaker has applied for a patent on an innovative design for a multifunctional rear hatch.

The filing first uncovered by Ford Authority describes a “pivotable cab back assembly” that can be used on a unibody electric pickup.

Ford is already working on a next-generation battery-powered F-Series that will be built at a new factory in Tennessee and is expected to be more of an original design than the F-150 Lightning, which has a lot in common with the internal combustion engine versions, including a traditional body-on-frame construction with a separate cab and bed.

The Chevrolet Silverado EV features a Midgate opening between the cabin and bed.
(Chevrolet)

The Chevrolet Silverado EV, launching next year, is a purpose-built electric vehicle that blends its cab and bed together and has a “Midgate” that allows the rear wall of the cabin to open it to the bed to allow longer items to be stored across both.

Ford’s next electric pickup could feature a hatchback opening.
(Ford)

Instead of folding down, Ford’s door is hinged at the top and in the middle, which allows it to be opened in a variety of ways.

The hatch is hinged in the middle and can be used as a bench.
(Ford)

With just the bottom half propped up, it creates a pass-through into the cabin and a raised workspace with an electrical outlet. It illustrates how it could be used by showing a miter saw attached.

FORD PATENTS TRISECTED TAILGATE TO COMPETE WITH GM AND RAM

Opening the hatch parallel to the floor creates a longer roof and awning for the bed.
(Ford)

It can also be opened by the top hinge and set parallel to the floor, which extends the roof and doubles as an awning for the bed.

Ford has not revealed any official information on the next electric F-Series, and there is no guarantee it will have this feature, but with the Silverado EV’s Midgate to compete with, it is likely the Ford will offer something along these lines.