Summer Solstice 2022 and the Search for Life in the Galaxy 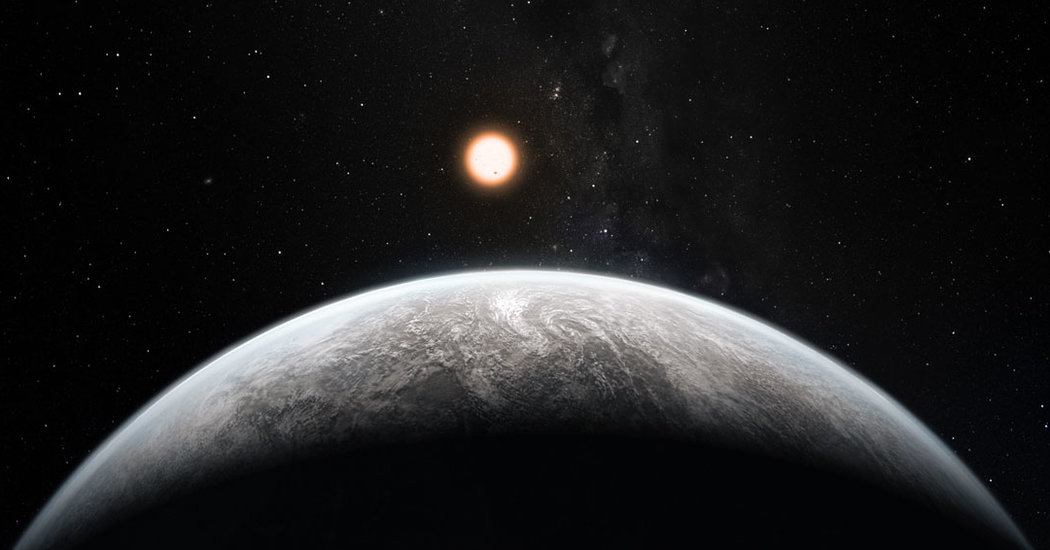 This article, originally published in 2018, has been updated to reflect 2022’s solstice date.

On the summer solstice this Tuesday, the Northern Hemisphere will dip toward the sun and bathe in direct sunlight for longer than any other day of the year. That will cause the sun to rise early, climb high into the sky — sweeping far above city skylines or mountain peaks — and set late into the evening.

The solstice occurs because Earth does not spin upright but leans 23.5 degrees on a tilted axis. Such a slouch, or obliquity, has long caused astronomers to wonder whether Earth’s tilt — which you could argue is in a sweet spot between more extreme obliquities — helped create the conditions necessary for life.

It’s a question that has been brought to the forefront of research as scientists have discovered thousands of exoplanets circling other stars within our galaxy, bringing them closer to finding an elusive Earth 2.0. Is life only possible on an exoplanet with a tilt similar to ours? Or will life arise on worlds that spin straight up and down like spinning tops or on their sides like a rotisserie chicken? And what if a world swings between two axial tilts? The answer is far from simple.

[Get a reminder on your calendar for the solstice and other astronomical events.]

Although astronomers have yet to detect an exoplanet’s tilt, they suspect that they will vary wildly — much like the planets within our own solar system. Mercury at 0.03 degrees hardly slouches, while Uranus leans on its side at 82.23 degrees. Those are two extremes that are far from habitable, even if those worlds looked like Earth in all other regards, said René Heller, an astronomer at the Max Planck Institute for Solar System Research in Germany.

If the planet had no slouch, it wouldn’t have seasons. The hemispheres would never dip toward or away from their star. Instead, the poles (which always point toward the frigid depths of space) would be so cold that carbon dioxide would be pulled from the sky, an effect, Dr. Heller argues, that would cause the planet to lose its precious greenhouse gas so that liquid water could never form.

But if the planet spun on its side, life might also be hard to come by. There, the poles alternatively point directly toward and away from the host star, causing one hemisphere to bathe under the sun both day and night during that long summer, while the other hemisphere experiences a frigid and dark winter — before the seasons flip. Although such a planet might not necessarily lose its liquid surface water, any life would have to adapt to a world that permanently switches between boiling and freezing.

Dr. Heller argues that the optimal tilt runs from 10 to 40 degrees. As such, there are several knobs that must be tuned to allow life and, Earth’s mild obliquity is one.

Rory Barnes, an astronomer at the University of Washington, disagrees. “There’s nothing special about 23.5 degrees,” he said. “You could have any obliquity and you could still have habitable conditions on the surface of the planet.”

The caveat is that such a planet must have a thick atmosphere that can transfer heat toward those frigid regions.

David Ferreira, an oceanographer at the University of Reading in England, invoked a similar argument. In 2014, he and his colleagues found that even an Earth 2.0 with a slouch as low as Uranus’s could potentially support life — so long as the planet had a global ocean.

An ocean will absorb heat during summer, then when winter arrives it will release that heat, allowing the planet to stay relatively temperate.

“It’s a bit like when you put a stone in the fire and it gets really hot,” Dr. Ferreira says. “If you take that stone out of the fire, it’s going to release that heat slowly.” That allows the water world to experience balmy springlike temperatures year-round.

The result paints a hopeful picture of a planet that could be habitable in spite of extreme seasons. It also suggests that there is nothing special about Earth.

But what if a planet’s seasons weren’t constant?

Mars’s slouch, for example, is currently akin to Earth’s at 25.19 degrees, but it shifts back and forth between 10 degrees and 60 degrees over millions of years. That means that the seasons and climate of the red planet — which is currently experiencing an extreme dust storm — vary wildly. That could create conditions that make life impossible.

Take Earth as an example. Although our planet’s obliquity is relatively constant, it does change by a mere few degrees. Such slight variations have sent vast sheets of glaciers from the poles to the tropics and entombed Earth within a frozen skin of solid ice. Luckily, Earth has managed to escape these so-called snowball states. But scientists are not sure whether the same will be true for planets like Mars with larger variations in their tilts.

In 2018, a team of astronomers argued that wild variations could push a planet toward an inescapable snowball state, even if it resided within a star’s habitable zone — that goldilocks band where liquid water can typically exist.

As such, a stable tilt just might be a necessary ingredient for life. It’s an interesting finding given that the Earth’s tilt never changes drastically thanks to the Moon. And yet astronomers don’t know how common such moons are within the galaxy, said John Armstrong, an astronomer at Weber State University in Utah. If they turn out to be uncommon across the galaxy, it could mean that such stability — and therefore life — is hard to come by.

The finding makes Dr. Armstrong both hopeful and nervous about the prospect of finding life.

“This planet is really on the verge of destruction all the time,” he said. Although Earth is considered stable, it has still suffered global glaciations and meteorite impacts — and yet life has survived. That could mean that life is hardier than you might expect. But it could also mean that further variations would push it over the edge.

Either way, Dr. Armstrong’s research has made him quite thankful that life — even intelligent life — somehow managed to gain a strong foothold on our pale blue dot.