‘Strange New Worlds’ Season 2: Everything We Learned at the ‘Star Trek’ Panel 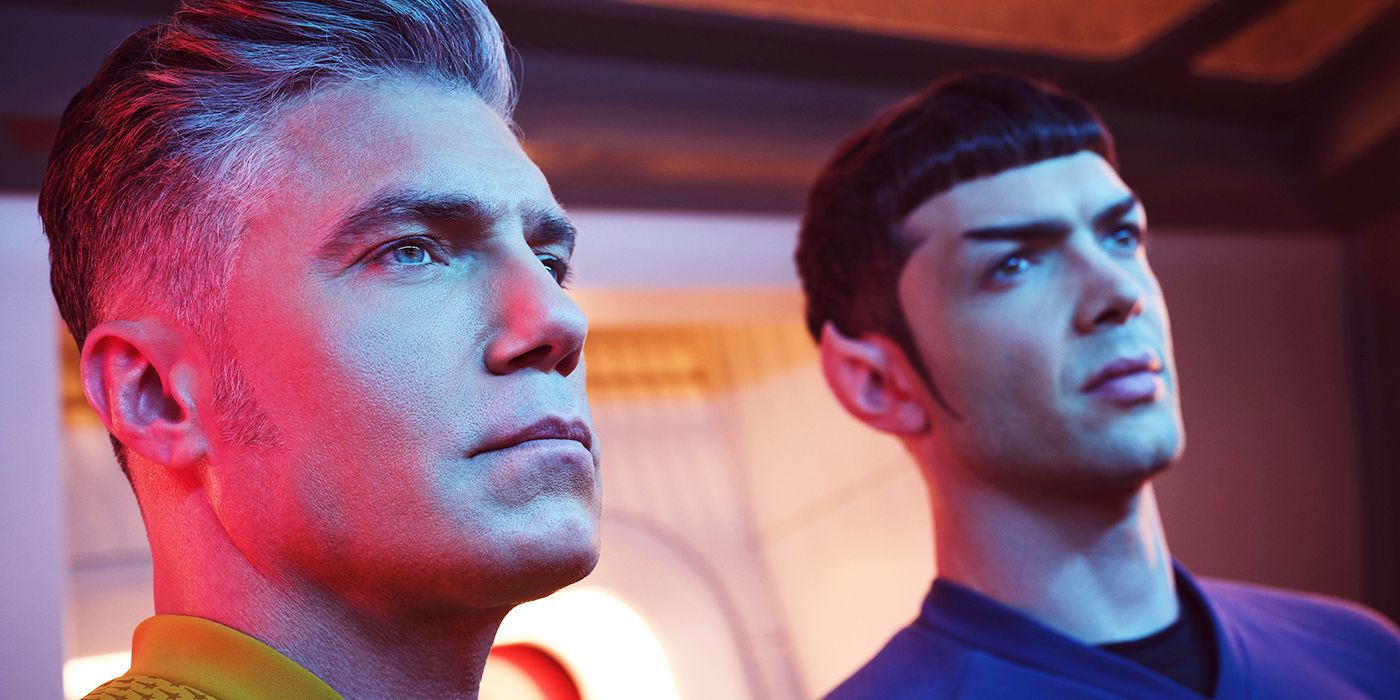 Over the weekend, fans and creatives alike flocked to San Diego Comic-Con to celebrate all things fandom. Networks and production studios sent their best and brightest to promote upcoming movies and series. There was no shortage of talent in attendance for Paramount+, and with the current Star Trek renaissance, they sent the casts of three of the currently airing series for a supersized Star Trek Universe panel on the main Hall H stage on Saturday. The panel opened with an appearance from Star Trek: Picard‘s Patrick Stewart and Gates McFadden, followed by the absolute joy of the Star Trek: Lower Decks cast sharing details about Season 3 which airs next month.

COLLIDER VIDEO OF THE DAY

Fresh on the heels of their first season, Anson Mount, Ethan Peck, Celia Rose Gooding, Christina Chong, and Paul Wesley appeared to talk all things Star Trek: Strange New Worlds. They were joined by producers Rod Roddenberry and Alex Kurtzman, and showrunner Henry Alonso Myers. Just minutes into the panel, hosted by actress and director Lea Thompson, Lower Decks cast members Tawny Newsome and Jack Quaid returned to the stage in a move very true to their characters. What appeared to be a fun in-character joke then turned out to be one of the most exciting pieces of news to come out of the whole panel. Mount took the honor of announcing that Season 2 of Strange New Worlds will feature a crossover episode with Lower Decks.

During the panel, Alonso Myers said that they had begun brainstorming a crossover episode with the franchise’s adult animated series when he received a completely unrelated call from Kurtzman suggesting the same thing. The episode will feature a mix of live-action and animation bringing together the crews of these two series. Given that Lower Decks takes place more than a century after Strange New Worlds, it’s anyone’s guess how these two ships will cross paths.

RELATED: ‘Lower Decks’ Season 3: Everything We Learned From the ‘Star Trek’ Panel

Cast members Mount, Peck, and Rebecca Romijn appeared in the second season of Star Trek: Discovery, and thanks to the fan response at the time Strange New Worlds was born. Mount and Peck shared stories about what an honor it was to step back onto the bridge of the Enterprise and what a surreal experience it had been when they first set foot on that set on Discovery. Though Romijn could not be in attendance, Mount said that the three of them instantly clicked when they met working on Discovery. He went on to say that that feeling spread throughout the entire crew of Strange New Worlds and that they all really have become a family.

Gooding and Wesley also spoke about what an honor it has been to step into the roles of classic Star Trek characters Nyota Uhura and James T. Kirk. Gooding shared a beautiful statement about the importance of Nichelle Nichols original performance as Uhura and how her legacy stretches so far beyond television having opened doors in space exploration and representation. Meanwhile, Wesley spoke about being honored to have William Shatner‘s blessing as Kirk. In the inverse, Chong came in both as a new fan of the series taking on the role of a new character related to the infamous Trek villain Khan Noonien-Singh. She teased that we may see a different side of La’an in Season 2 in which she reflects a different set of Khan-inspired traits. Alonso Myers also told the audience that we definitely haven’t seen the last of the Gorn, because they’re just “too interesting and exciting.”

Thompson complimented Gooding’s singing from the first season and they said like themselves, Uhura is a very musical person and that hopefully, we’ll get to see more of that side of her on Strange New Worlds. Chong then led the entirety of Hall H in a rendition of Happy Birthday to celebrate Wesley, who celebrated his 40th birthday at the panel. The cast spoke about how thrilling it is to play different genres in each episode of Strange New Worlds, with the planet-of-the-week style storytelling. Mount told the audience that they “took some big swings in Season 1, but we’re going for the fences in Season 2.” When Thompson brought up the fairytale episode, Gooding assured audiences that if we thought that episode was wild that there are a few in Season 2 that go even bigger.

Peck shared that in Season 2, Spock will continue wrestling with his human side and experimenting with his human emotions. The actor went on to indicate that those emotions will have a pretty big impact on some important relationships in his life, presumably alluding to the love triangle Spock has found himself in with T’Pring (Gia Sandhu) and Nurse Chapel (Jess Bush). Wesley spoke briefly about when we will see Kirk again in Season 2 saying that while it was exciting to bring the very intense captain to life in the finale he’s excited to show fans a different side of the character. When we meet Kirk in Season 2 he’ll be part of the regular timeline at a much earlier stage in his journey as a young lieutenant on the Farragut. He also indicated that when we see him again there will be a lot more levity than his appearance in the finale.

Alonso Myers says they’ve got stuff planned for Season 2 that Star Trek has never done before and they can’t wait to share it with everyone. During the audience Q & A portion of the panel, an attendee asked Kurtzman and Roddenberry about the likelihood of seeing more Deep Space 9 content in the broader Star Trek universe. While the trailer for Lower Decks Season 3 did indicate a trip to the space station, Kurtzman also delicately navigated his answer to avoid spoiling any future plans to revisit those characters. He shared that they always want to be able to tell new stories with these characters and honor where they’ve been before. He also told the audience that there are two new shows currently in development, however, which of the many exciting Star Trek concepts will finally make it to screen is still anyone’s guess.

Though there is no official release date yet for Strange New Worlds Season 2 we can likely expect the next installment to arrive on Paramount+ sometime in 2023. Check out the crossover episode announcement from the Star Trek Universe panel down below.

One thought on “‘Strange New Worlds’ Season 2: Everything We Learned at the ‘Star Trek’ Panel”