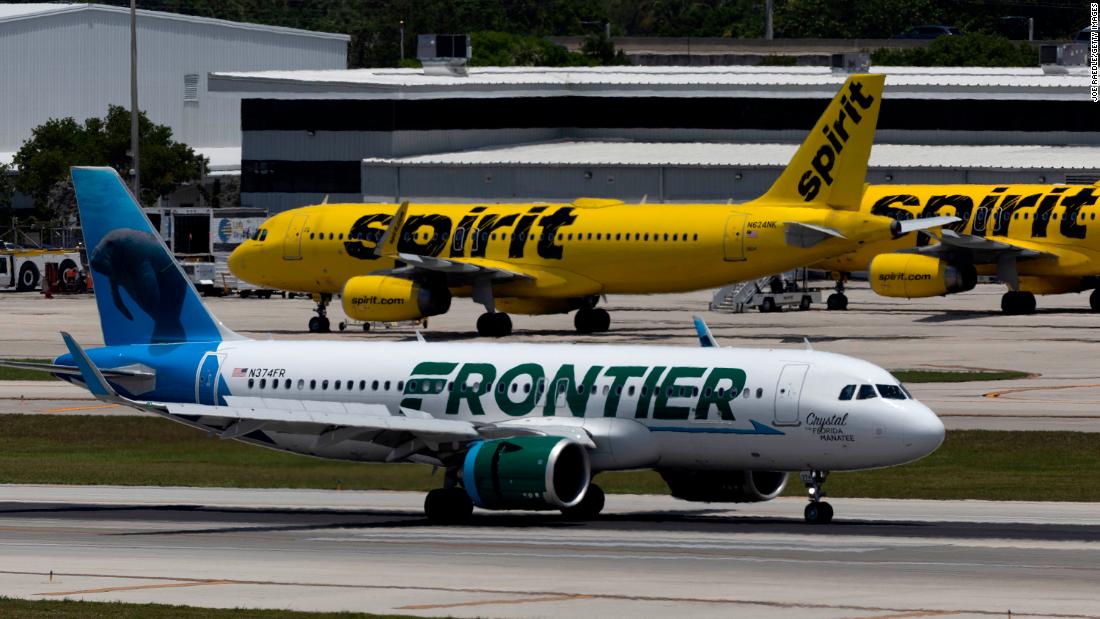 But Spirit management continued to push for the Frontier deal, arguing that the JetBlue deal was unlikely to win regulatory approval. A deal for Spirit, which would create the nation’s fifth largest airline, would be smaller than many airline mergers of recent decades, which turned the 10 largest US airlines into four mega-carriers that control 80% of US air traffic. But the Biden administration has taken a much more aggressive stance on questions of antitrust law and vowed to promote greater competition within the airline industry.

Spirit management’s argument ultimately failed to get the support of a majority of its shareholders, prompting the company to continually push back the date of the shareholder meeting to approve the Frontier deal.

With the most recent date looming Wednesday, Spirit announced the deal’s end rather than another delay of the vote.
“While we are disappointed that we had to terminate our proposed merger with Frontier, we are proud of the dedicated work of our team members on the transaction over the past many months,” said Spirit CEO Ted Christie. “Moving forward, the Spirit board of directors will continue our ongoing discussions with JetBlue as we pursue the best path forward for Spirit and our stockholders.”

JetBlue offered about $3.7 billion for Spirit, agreeing to pay all cash for its shares, while Frontier had proposed a cash and stock deal valued at about $1 billion less than the JetBlue offer.

Frontier issued a statement saying it expected to continue to grow even without the merger by attracting customers with its very low fares.

“While we are disappointed that Spirit Airlines shareholders failed to recognize the value and consumer potential inherent in our proposed combination, the Frontier Board took a disciplined approach throughout the course of its negotiations with Spirit,” said Frontier CEO William Franke. “As we enter our next chapter, Frontier remains well-positioned to deliver significant value to our shareholders as we serve the growing demand for affordable air travel.”

A combination of Spirit and Frontier would have brought together two airlines that have very low base fares, but charge passengers extra for most things, including carry-on bags.

JetBlue said it expects to move forward with its effort to buy Spirit.

“We are pleased that the merger agreement with Frontier has been terminated and we are engaged in ongoing discussions with Spirit toward a consensual agreement as soon as possible. We remain fully committed to completing this transaction so we can create a compelling national challenger to the dominant airlines with more opportunities for all,” said the airline’s statement.

One thought on “Spirit and Frontier pull plug on deal, setting stage for JetBlue to buy Spirit”