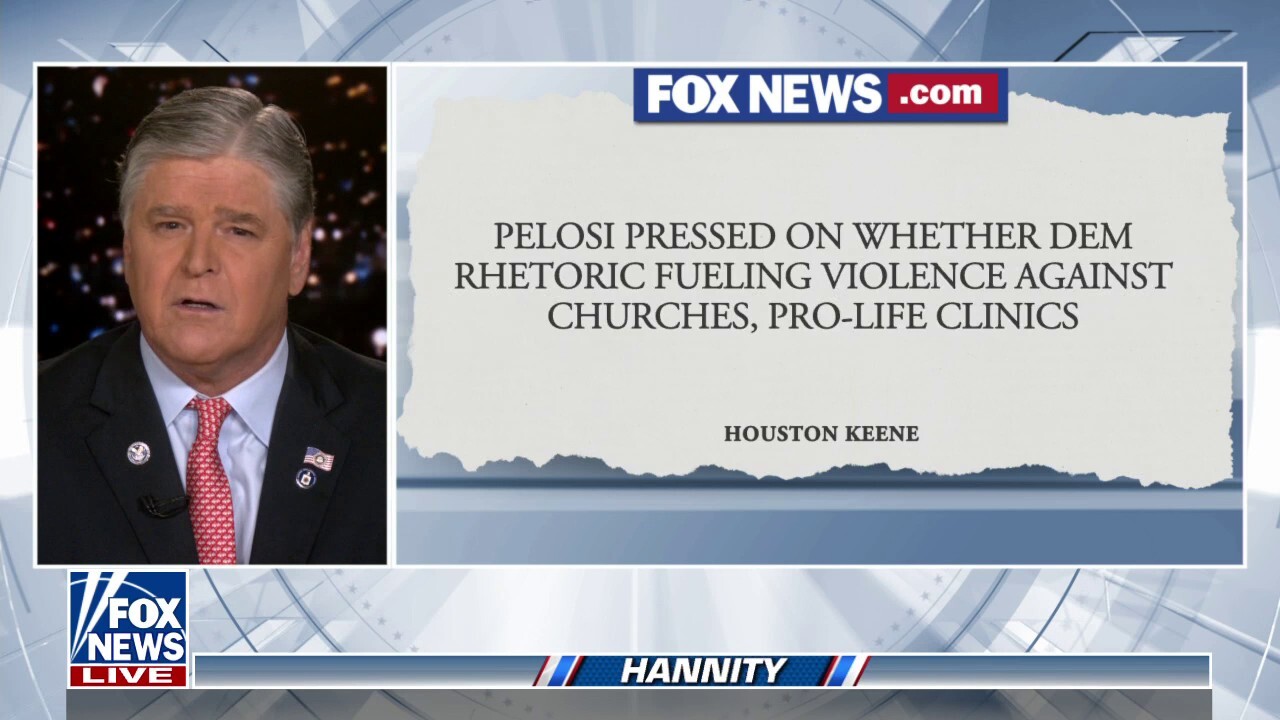 HANNITY: Hey, Nancy, is it hard to condemn the rhetoric? Is it hard to condemn the harassment, the intimidation? Not really. And by the way, we still haven’t heard a single word from Joe Biden about the attempted assassination of a sitting Supreme Court justice. Now, keep in mind, these are the same Democrats [who] were silent about the 574 riots in the summer of 2020. They were either quiet or the same ones [who] were out there saying, “Oh, no, they’re mostly peaceful.” They’re only obsessing over one riot that we saw on [Jan.] 6. The same ones – they refused to ask why the president authorized the National Guard to be deployed up to 20,000 troops. And Nancy Pelosi, Chuck Schumer, sergeant of arms – and by the way, the Capitol police chief – they never were given an answer, although Muriel Bowser put it in writing. By the way, even when they were warned that things would get out of hand, they did nothing.

WATCH HIS FULL COMMENTS BELOW: