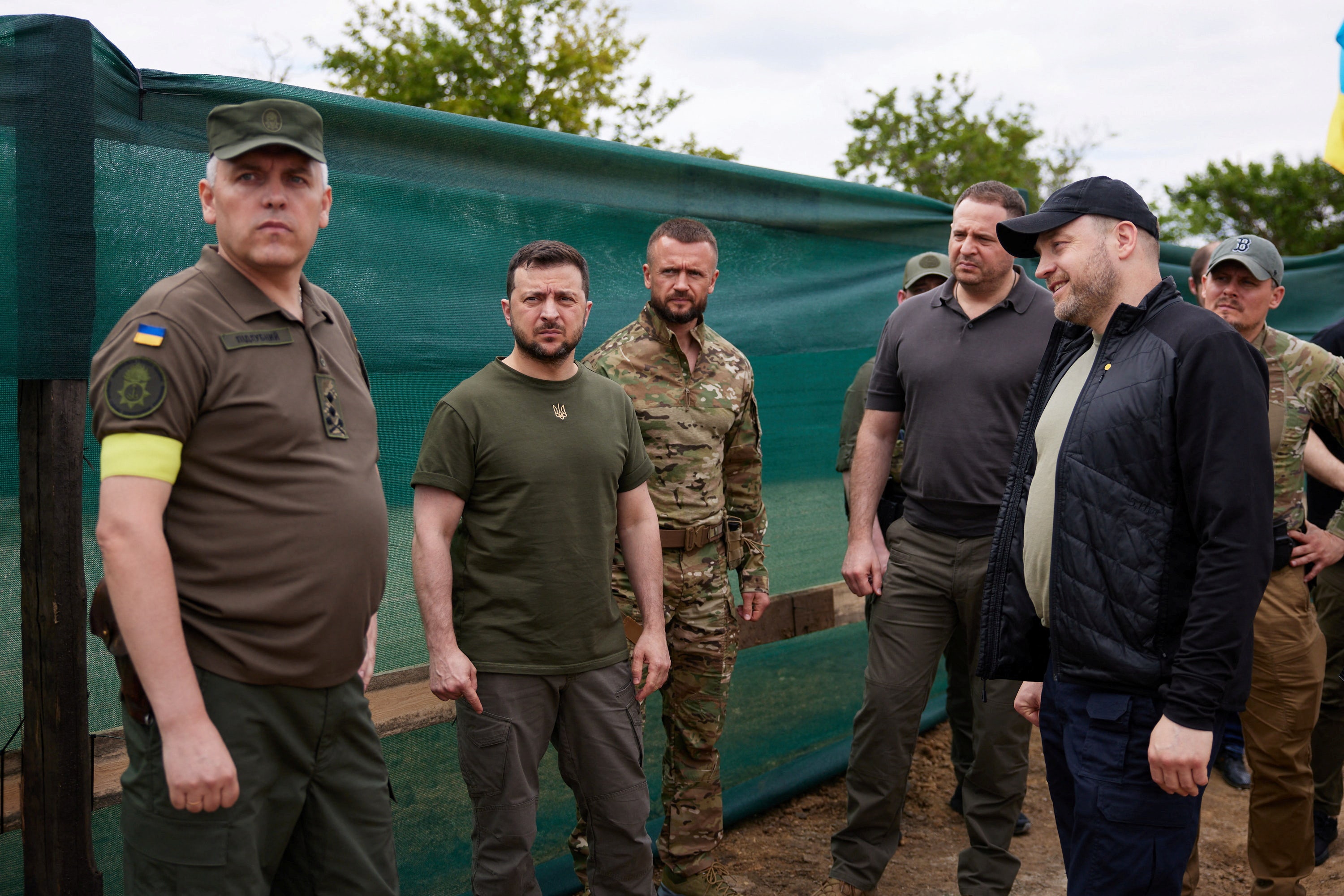 ODESA, Ukraine — A guy here in Odesa who imported furniture was now helping refugees. I interviewed him for eight minutes. I was looking for a 15-second soundbite. He talked about people who arrived from bombed-out cities with nothing.

After the interview, the photographer, Pohl, went to film tables of empty sneakers lined up in pairs. The furniture importer came over to me and said he was Jewish.

Often, the most pivotal sound bites happen right after the camera goes off.

PUTIN LAMBASTS US AS ACTING LIKE ‘GOD’S MESSENGER,’ CLAIMS WORLD ORDER IS CHANGING

Ukraine’s President Volodymyr Zelenskiy visits a training base of the National Guard, as Russia’s attack on Ukraine continues, in Odesa region, Ukraine June 18, 2022. Ukrainian Presidential Press Service/Handout via REUTERS ATTENTION EDITORS – THIS IMAGE HAS BEEN SUPPLIED BY A THIRD PARTY.

I got used to making one-minute thirty-second reports in Chechnya. Two soundbites, a standup, three graphs of track. Start with the strongest video, put the blocks together, a minute thirty.

Then it was film, look at video, write to pictures, edit, feed a taped report, a several-day process. Now it is talk, live over pictures.

The role of fixer is near the bottom rung in TV. Usually you know two languages and help a Western crew get around in a bad place. Then, fixers learn the next job up. They don’t fly home. Regions of unrest like South Africa or Yugoslavia produce a generation of producers and reporters.

A Ukrainian serviceman looks at a self-propelled howitzer on a road in the Kharkiv region on May 17.
(Sergey Bobok/AFP via Getty Images)

“Get me some googles,” he would say, ahead of his time.

Next, I held a light on a famous anchor in Red Square.

Air raid siren here in Odesa, a long, steady whine. It took me a moment to realize what it was. People continued to walk on the sidewalk in a normal pace, mothers with children, small dogs on leashes. They expect the missiles will fly over Odesa.