Red and Blue America Will Never Be the Same 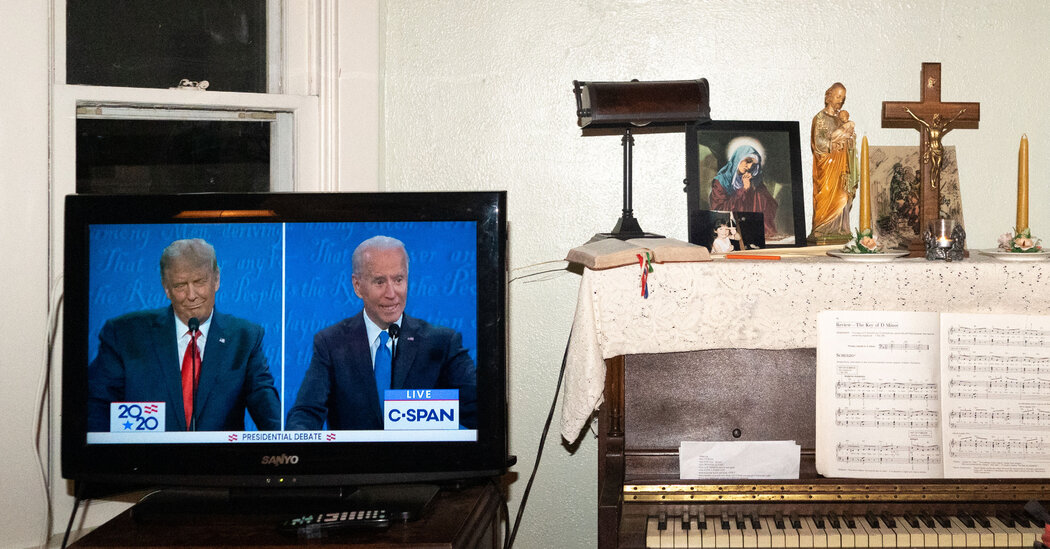 Opinion Debate
Will the Democrats face a midterm wipeout?

Nolan McCarty suggested that these trends may prove beneficial to the Democratic Party:

The effects of these shifts on the Senate and Electoral College, McCarty continued, will be slower in the short term but could eventually become significant: “Once such changes push states like Georgia, Texas and North Carolina sufficiently toward the Democrats, they would be the party with the structural advantage in the Electoral College and Senate.”

Jonathan Rodden, a political scientist at Stanford, noted in an email the possibility that very recent changes in suburban voting will hurt the future prospects of the Republican Party:

The most noteworthy change to political geography in 2020 was the success of Biden in pivotal suburban areas. In the most recent round of redistricting, when examining proposed districting plans — whether drawn by computer simulations or humans — the number of Democratic-leaning districts in a state was often greater if one added up the votes of Biden and Trump in 2020 than if one used past presidential results, Senate results, gubernatorial results, or some other down-ballot elections.

The geographic distribution of Biden votes, Rodden continued, “was more ‘efficient’ for the Democrats than that of other recent Democratic candidates.” But, he cautioned,

what is unclear is whether this was a specific reaction to Donald Trump as a candidate in relatively educated suburbs, or a lasting trend in political geography that will outlive the Trump era. The latter is at least plausible, especially in the wake of the Dobbs decision, but it is too early to tell. Even in 2020, a non-trivial number of these suburban Biden voters split their tickets and voted for Republican House candidates.

I asked Rodden what it means for statewide elections in contested states if these trends continue. He replied:

This really depends on the numbers in each state, but in sun-belt states that are gaining educated and/or minority in-migrants, like Georgia and Arizona, we already have evidence that this was a pretty good trade for statewide Democrats, but in other states where in-migration is limited, like those in the Upper Midwest, this trade might work out better for statewide Republicans.

Along similar lines, William Frey, a demographer and a senior fellow at Brookings, emphasized in an email that “Biden won the suburbs in 2020, I believe largely due to his gains among minorities and college whites.” Even if Republicans and Trump made marginal gains among minority voters, the support of these voters for Democrats remained overwhelming.

In a 2021 Brookings paper, “Biden’s victory came from the suburbs,” Frey pointed to Georgia, where

Demographic shifts — including brisk growth in the state’s Democratic-leaning Black population, gains in Latino/Hispanic, and Asian Americans voters, and an increase in white college graduates, especially in the Atlanta metropolitan area — served to make the state competitive for Democrats this year.

In a separate 2022 paper, “Today’s suburbs are symbolic of America’s rising diversity: A 2020 census portrait,” Frey focuses on the continuing stream of minorities moving into the suburbs. From 1990 to 2020, Frey found, the percentage of Asian Americans living in suburbs grew from 53.4 to 63.1 percent, of Hispanics from 49.5 to 61.4 percent and of African Americans, from 36.6 to 54.3 percent, the largest increase.

I posed a series of questions to an eclectic group of political scholars.

Frances Lee, a political scientist at Princeton, replied by email:

Rather than claiming that the G.O.P. is becoming the party of the working class, what I see is a long-term trend away from a party system organized along class lines. Knowing that a person is wealthy (or low income) isn’t very predictive of what party that person will prefer. The parties are much better sorted by other factors — region, religion, race — than by social class.

This isn’t a new phenomenon, Lee noted, but Trump intensified these divisions: “Trump’s candidacy and presidency accelerated pre-existing trends undercutting the class basis of the parties. For a Republican, Trump had unusual appeal to working-class voters and was unusually alienating to well-off suburbanites.”