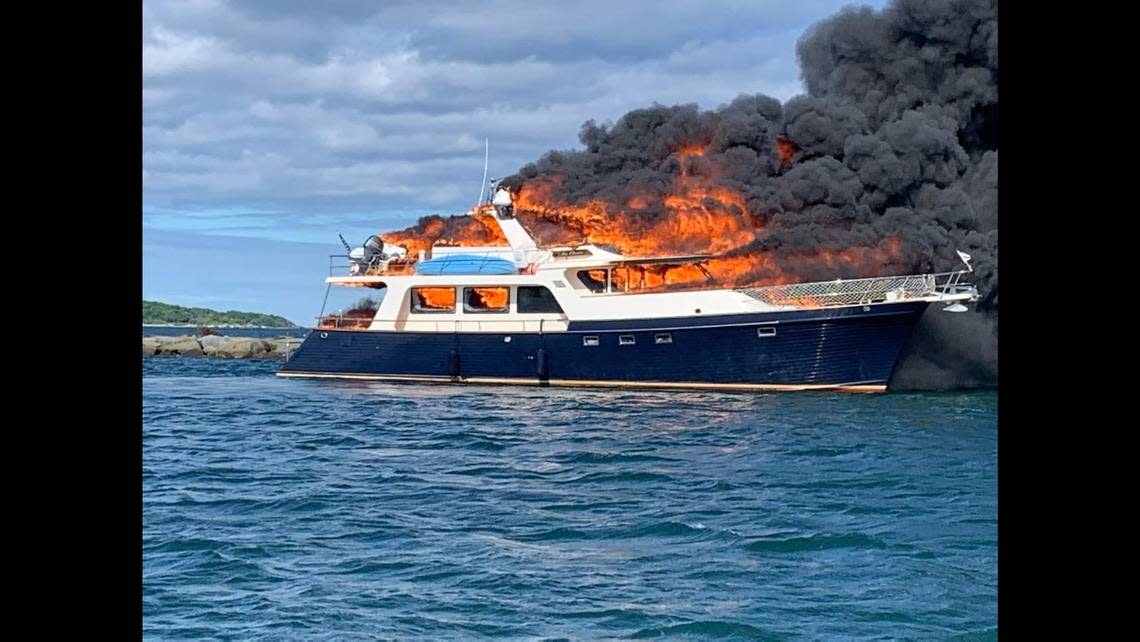 Several passengers and dogs on a 70-foot yacht jumped overboard as the vessel went up in flames in New Hampshire, state police said.

Shortly after 4 p.m. on Saturday, June 18, police received a call that a boat sailing on the Piscataqua River, near New Castle, had caught fire, New Hampshire State Police said in a release.

The yacht, named “Elusive,” was heading to a marina when one of the passengers on board saw black smoke rising up from below deck, police said.

Fire apparently spread quickly throughout the boat, and the three passengers and two family dogs aboard were forced to jump into the river.

Witnesses and first responders arrived within minutes, according to officials.

The passengers were rescued, taken to an area hospital for treatment and later released.

Police did not say what became of the dogs.

“Efforts by several agencies to save the boat were unsuccessful,” the release said. “Within two hours of the initial call, the boat sank in waters off Kittery, ME.”

Witnesses and anyone with information regarding the incident is encouraged to contact NHSP Marine Patrol Sgt. Stephen O’Connor at 603-227-2117.

Mysterious raft washes up on Texas Gulf Coast beach, photo shows. Nobody was aboard