New Artist Spotlight: Prepare for the Sonic Storm that is Combinator [Video] | Your EDM 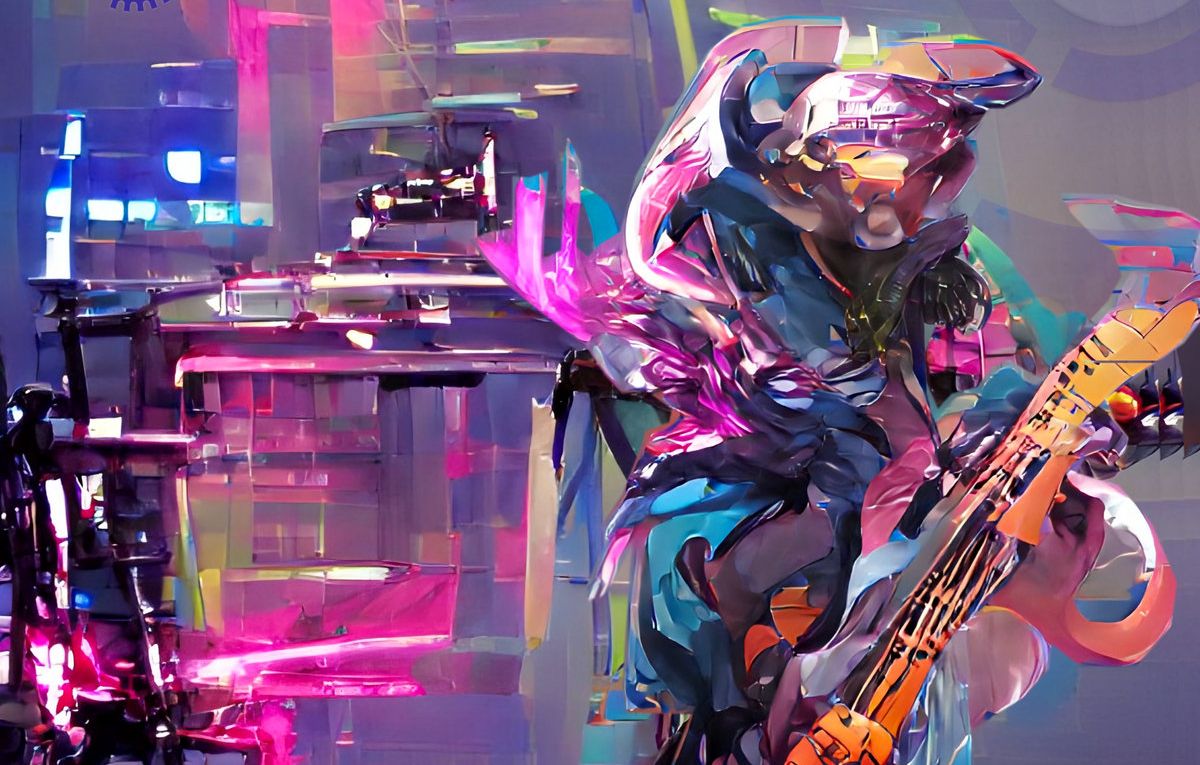 Combinator is certainly out to combine a lot of stuff in his latest EP re//combinator, released in June. An actual tornado of whip-fast D&B/industrial snares, analog metal blast beat drums, virtuosic vocals and a surprising dose of slap bass, this rock polisher of a ninth release from the Seattle-based solo project of Sean Fairchild has produced some unlikely gems. We just have to make sense of them.

It’s clear from previous releases by Fairchild as Combinator that, despite being a multi-instrumentalist, his base is bass. That would explain the Seinfeld-meets-Les Claypool-style funk bass work, and it’s as good a string to pull as any to start unraveling the tech of re//combinator. Combining elements of analog instrumentalism such as said slap-and-pop bass, metal drumlines and thrash guitars with digital elements like mod-produced drum & bass snares, ambient melodics, vocoder manipulation et all in this format seems to be fairly new to Combinator, but he’s been gearing up to it (pardon the pun).

Combinator actually started out as a more traditional funk/rock fusion band. 2013’s Vice & Passion EP is a straight up and down studio release and subsequent releases were thus until the 2020 single, “Juggernaut.” A Primus-eque love letter to his beloved bass mixed with Zappa-style chaotic jam band vibes, “Juggernaut” seems to be the turning point at which Fairchild released his inner experimental composer/performer. There was clearly no going back from there.

“Juggernaut” was also the first track from Combinator to have programmed drums – mostly semi-ameny snares – along with the analog, but it becomes really obvious and EDM-mergy with the track following, “Can’t Pretend to Know.” The first sniff of indie-style vox hits here as well, along with melodic six-string bass work and some ambient harmony programming. Combinator’s style is forming with this track, and seriously ramps up with “Eargoggle Fodder,” which released November that same year with, for the first time, an electronic base melody which winds around the funk bass, more indie (although minimal) Maynard-like vocals and even the hints of Zappa again, but this time much more composed.

Looking at these lead-in tracks, fans can now see that the ear hurricane that is re//combinator didn’t just come from a jam session between a skilled bassist and electronic producer on ketamine, though one might wonder, especially in the case of the “Respira” mixes. In fact, re//combinator is a progression, or a re-combining of all the musical elements Fairchild has loved in his musical career. The first two tracks, “Guest In Your Own Skin” and the lyrically COVID-inspired “Things that Should Be” pick up where “Juggernaut” and “Eargoggle Fodder” left off, with shades of industrial drums weaving in with the D&B snares and more Tool-like verses complimenting the shockingly complex bass work.

After the relative (though now followable, composition-wise) chaos of the first two tracks, the third is possibly an even bigger surprise than said chaotic tracks: a remix/cover of Imogen Heap‘s wildly popular and, through no fault of her own, TikTok famous song, “Hide and Seek.” We only mention TikTok becuase that famous version is also a remix, and Combinator’s treatment of the track is a bit closer to the original. Fans might not even recognize it as such.

Stuffed with even more distorted vocoder than the original, it almost sounds like Fairchild decompressed and then played it backwards while adding some bass flourishes. His actual process wasn’t far off:

I recorded several tracks of vocoded bass guitar, clean bass guitar, and my clean vocals, recreating for the most part what she accomplished with the vocoder synth she (Heap) used on her original version. Then I created a heavy beat (foreshadowed in the intro) and some harmonic string stabs to take the song out, layering some soulful bass-driven synth soloing on top.

The result is a surprisingly delicate comedown off the first two tracks and an entrée into the next part of Fairchild’s experiments in sound. “Cartoon Character Child” is as ambient as we’ve seen Combinator get, as it feels like a dream sequence from Adventure Time. Weird and experimental as the other tracks, this ambient segue into the full-on EDM of the rest of the EP (save bonus track “Through the Fog”).

Collaboration has always been an important part of Combinator, and Fairchild worked with other musicians on the final tracks of re//combinator as well as on “Things that Should Be” (the trap beat was supplied by Philip “Godcloud” Coleman). Well-known video game and cinematic sound designer Jesse Holt created the production the “Respira” club mix and chill mixes. Both mixes are technically chill, especially in relation to the beginning of the EP, with house beats at different tempos and sort of sunrise set ambient vibes.

For EP closer “Through the Fog,” Fairchild teamed up with former bandmate drummer Isaac Chirino, and it sort of takes listeners full circle, back to Combinator’s funky and jazzy roots. With this closing, despite the progression witnessed in re//combinator, the audience is left wondering: will Combinator continue in the more ambient arena? Or is there to be more chaos? Is he going back to funk? It’s up to him to decide, and if re//combinator has taught us anything, artists have the right to re-style, re-work and re-combine their music as they see fit.

re//combinator is out now and can be streamed on Spotify or purchased on Bandcamp along with the rest of Combinator’s wild discography. Check out his YouTube channel for more videos.

One thought on “New Artist Spotlight: Prepare for the Sonic Storm that is Combinator [Video] | Your EDM”