NC racing experience, SRX, hopes for another summer of success 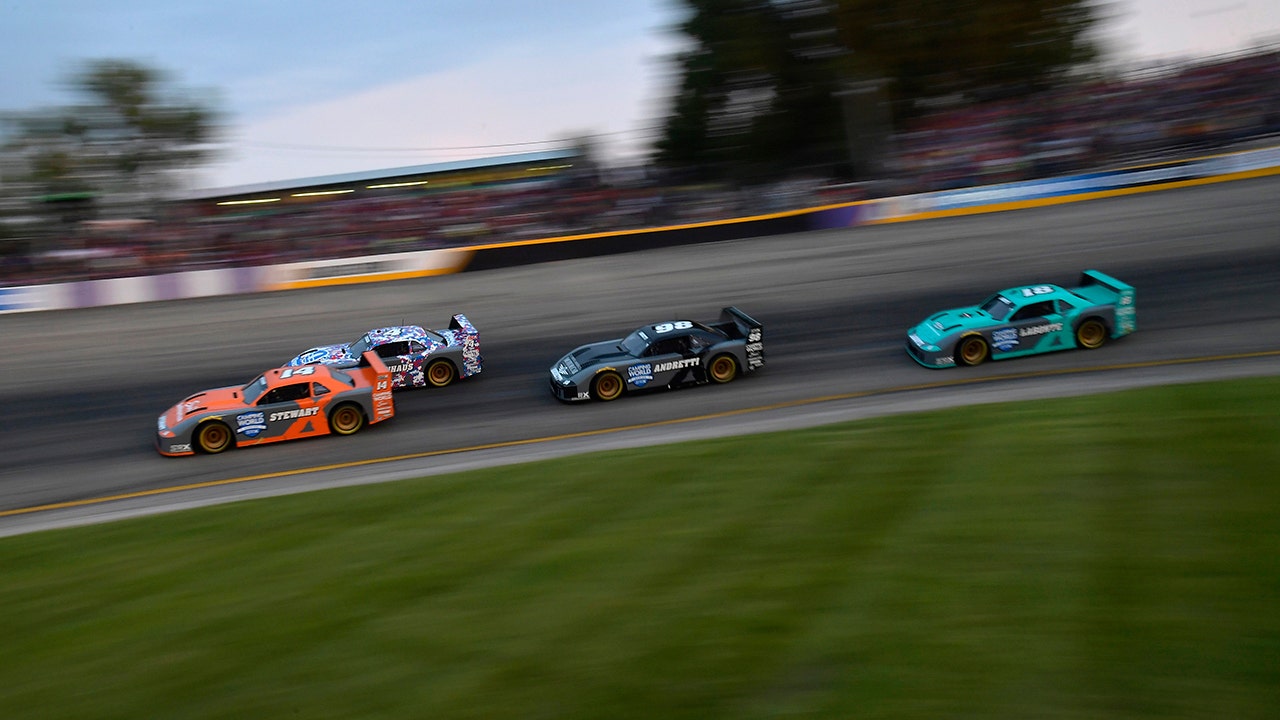 Ryan Newman does want not to be the hero or the villain or anything else in the six-race Superstar Racing Experience. He plans to just be himself in the Saturday night summer series that mixes grassroots racing with big personalities clinging to their time in the spotlight.

“I’m the ‘hard to pass guy,’ so I guess I will continue that role,” Newman said. “I’m not sure what anyone else plans to be.”

The Tony Stewart-headlined series was a surprise hit over six Saturday night’s last summer, when CBS seized a dead period for live programming and filled it with SRX. About 1 million viewers tuned in each week to watch stars race at classic local tracks against both ringers and guest drivers.

Storylines developed from the very first event — SRX reviewed viewer feedback and made visual changes to the broadcast for enhanced viewing — and every rule and regulation was open for evaluation. The show was unscripted programming and legitimate racing, but most drivers certainly paid attention to Paul Tracy’s one-sided feud with Hailie Deegan.

So if Newman remains true to form Saturday night when SRX opens at Five Flags Speedway in Pensacola, Florida, then the Daytona 500 winner might be next in Tracy’s crosshairs. Deegan, as it happens, isn’t in the field until the third race.

“I’m not usually selective in my defense,” Newman said about who might struggle to pass him on the track. “I’ll try to be equal across the board.”

SRX in its second season welcomes both Newman and Indianapolis 500 winner Ryan Hunter-Reay, who jumped at the opportunity after watching former IndyCar teammate Marco Andretti thrive in the relaxed environment. The short tracks are brand new to most the drivers in the field and the open-wheel stars have never driven cars like the ones Ray Evernham designed for SRX, so each week is a learning experience.

“It was really just a big opportunity to try something completely different, and something that really looked fun,” said Hunter-Reay. “I watched the races last year and it seemed like the drivers were genuinely enjoying it, and when you see the names crossing the ticker, you know it is a superstar lineup and I wanted to be part of this.”

SRX next month will welcome Nashville native and two-time IndyCar champion Josef Newgarden to the field at Nashville Fairgrounds, and the July 23 finale at Sharon Speedway in Ohio will pit NASCAR star Ryan Blaney against his father, Dave, at their home track.

The ingredients are there for a second successful summer for SRX, which has split with co-founder Evernham. The championship-winning NASCAR crew chief brainstormed the series with Stewart, then created the race cars and maintained them all last summer. He is now only an investor in SRX.

A race from July of last year when the ratings of SRX were surprisingly high. (Photo by Logan Riely/SRX via Getty Images)

The SRX board in January named industry executive Don Hawk as its first chief executive. The series is heavily backed by both Sandy Montag, CEO of the Montag Group, and Bruin Capital CEO George Pyne, who wants to continue to build on the success of the inaugural season.

“I thought last year the product was very good, a lot of lead changes, the racing was great, we had different winners,” Pyne said. “If you take the racing out of it, it’s a series where Michael Jordan can play against LeBron James and in a fair setup. It’s a little easier in the second year because when we started, no one knew what SRX was, and I think we’ve done a good job and want to keep building on it.”

NO NASCAR? HERE ARE FOUR RACES TO WATCH OVER FATHERS DAY WEEKEND

Montag acknowledged there is a fine line between giving viewers the dramatic show they expect — and ask for on social media — while remaining true to the racing.

“Sports really is entertainment, and with everything going on in the world and all the negative things are happening, people are turning us on on Saturday night’s to be entertained, and we can’t forget that,” Montag said. “I think we’re serving our fans and if we get some good, unvarnished advice, we’re not too egotistical not to take something like that and turn it into something.”