Music legends light up the stage at CNN’s Juneteenth celebration 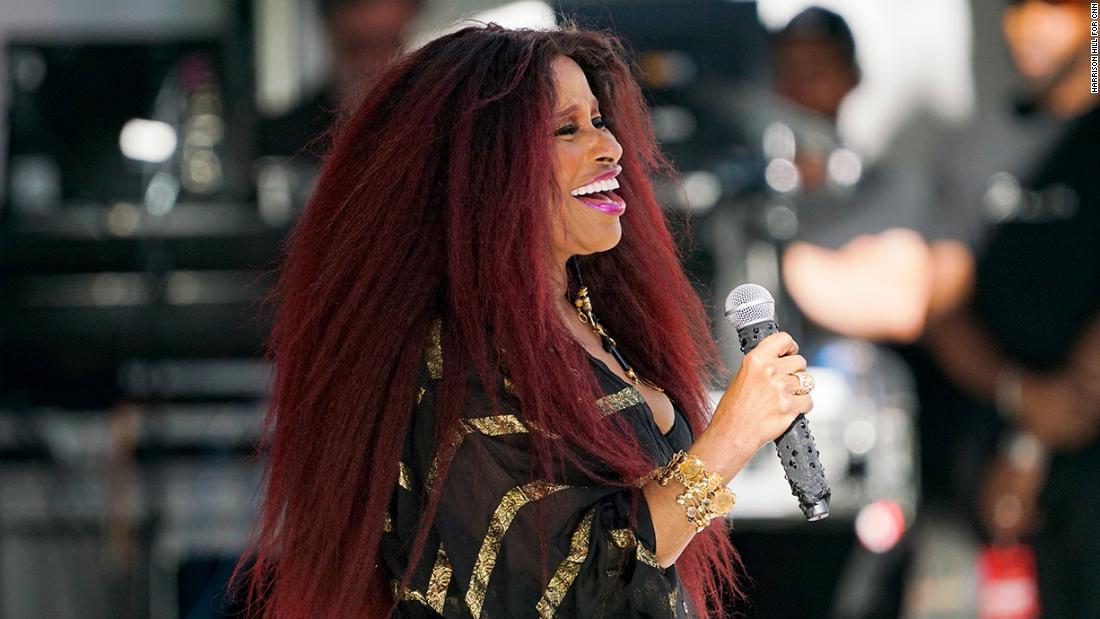 The Hollywood Bowl event celebrated Juneteenth, the holiday that marks the end of slavery in the US. From icons like Earth Wind & Fire to R&B stars like Khalid, Black artists across genres took the stage on Sunday.

Below, relive some of the night’s performances.

Gospel star Yolanda Adams opened the show with a rousing performance of “Lift Every Voice and Sing,” a historical rallying cry that’s also considered the Black National Anthem. A beaming Chaka Khan, backed by the Roots, followed with her hits “Ain’t Nobody” and “I’m Every Woman,” dedicating the latter song to the “powerful women” in the audience.

Bell Biv Devoe hit the stage and got nearly every member of the audience dancing. Backstage, presenters Leslie Jones and Amanda Seales bopped along to the group’s hit, “Poison.”

Ne-Yo followed the ’90s trio with a high-energy performance of “Give Me Everything” and got the audience singing along with him.

And yes, that was Beyoncé making a vocal cameo in a prerecorded segment on Opal Lee, the 95-year-old activist who worked to make Juneteenth a federal holiday. (More on Lee below.)

Country phenom Mickey Guyton covered Marvin Gaye’s protest anthem “What’s Going On” and sang her original, Grammy-nominated single, “Black Like Me.” Poet Amir Sulaiman performed a moving piece with a message to viewers: “You will be someone’s ancestor. Act accordingly.”

The entire creative team behind the concert is Black, CNN’s Sara Sidner reported ahead of the show, including creator Shawn Gee of Live Nation Urban and Jesse Collins Entertainment. The night also marked the first time an all-Black orchestra, Re-Collective Orchestra, played at the Bowl, Sidner said.

The Re-Collective Orchestra accompanied members of the Debbie Allen Dance Company, who performed a vibrant dance piece (and were introduced by Allen herself).

Juneteenth became a federal holiday in 2021, but many Black Americans have honored the date for years with parades, parties and family gatherings. The holiday is also an opportunity to reflect on the persisting systemic inequalities that Black Americans face.

President Joe Biden addressed that duality in a recorded message, recommending that Americans celebrate the date and remember the horrors of slavery.

“It’s time to celebrate, time to educate and time to act,” Biden said.

Vice President Kamala Harris also appeared in a recorded message, as did former first lady Michelle Obama, who called on viewers to vote.

Jill Scott delivered a spoken word piece entitled “Agitation: Definition #3” on an empty stage, speaking of the pain of watching systemic changes fail to pass. She ended her performance by wordlessly throwing up her arms.

The event honored the ‘grandmother of Juneteenth’

In a pre-show special, Lee told CNN’s Don Lemon that she was “pinching [herself]” at the fact that her life’s work of making Juneteenth a federal holiday had succeeded.
Earlier this Juneteenth, Lee, considered the “grandmother of Juneeteenth,” walked 2.5 miles to symbolize the two-and-a-half years that the enslaved African Americans of Galveston, Texas, lived in captivity after President Abraham Lincoln issued the Emancipation Proclamation in 1863.

Lee said Americans should spend the holiday celebrating, learning and continuing to advocate for change.

“I advocate that we celebrate from the 19th of June to the 4th of July,” she said. “That would be celebrating freedom.”

Gospel stars Mary Mary, Anthony Hamilton and Michelle Williams, who first grew to fame singing with Destiny’s Child, took the audience to church at the end of the night with inspiring individual performances. The four artists then closed the show together on a high note, singing “Optimistic.”

CNN’s Harmeet Kaur and Chloe Melas contributed to this report.