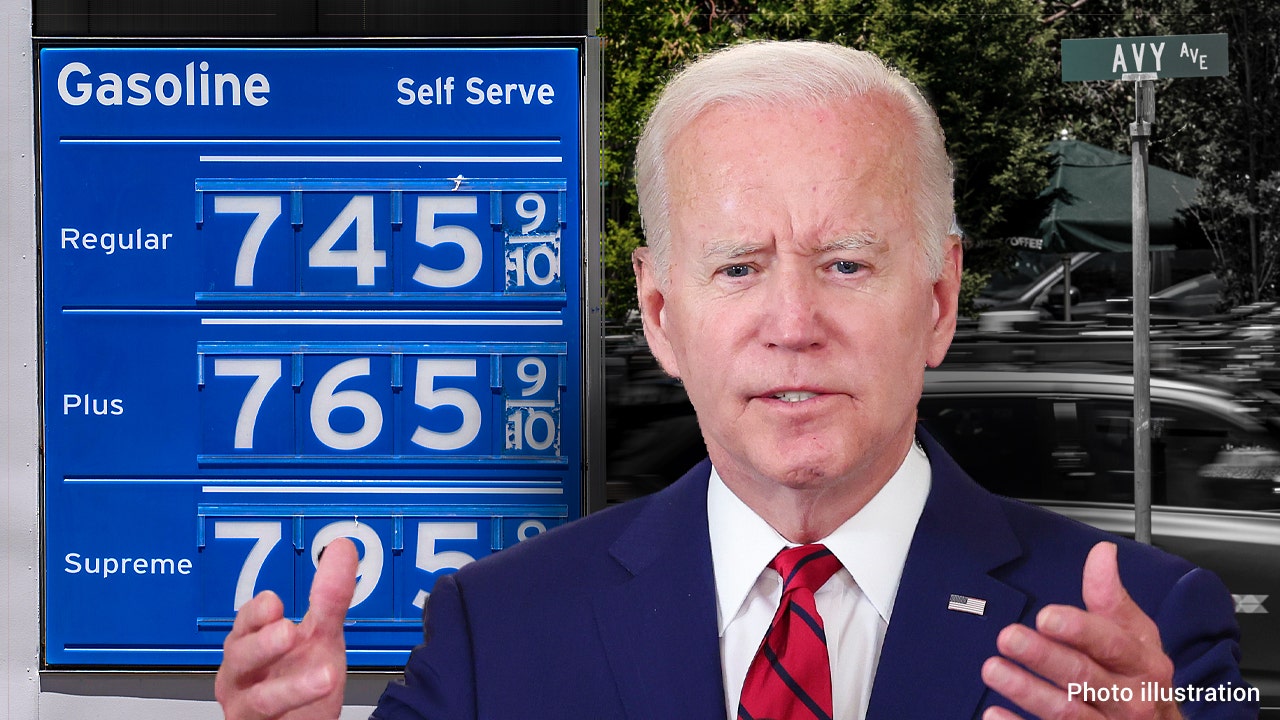 After downplaying concerns about the economy in the last year, some media outlets are now panicking that high gas prices and inflation will tank Democrats in the midterm elections, with some pundits even scolding voters for making it a priority.

Washington Post columnist Catherine Rampell told readers that it was a “wild fantasy” to believe the GOP could lower gas prices, as she warned voters to “think carefully about what they’ll get if they cast their ballot based on gas prices,” in a Sunday opinion piece.

“The president does not have some super-secret special dial on his desk that can adjust gas prices, but many voters believe otherwise,” she wrote.

Fuel prices at a Chevron gas station in Menlo Park, California, US, on Thursday, June 9, 2022. Stratospheric Fuel prices have broken records for at least seven days with the average cost of fuel per gallon hitting $4.96 as of June 8, according to the American Automobile Association.
(Photographer: David Paul Morris/Bloomberg via Getty Images)

“They’re counting on voters to project their hopes and dreams — including their wildest fantasies about cheaper gas — onto Republican challengers,” her analysis continued.

But Rampell claimed that neither party had “serious” solutions to dealing with gas prices or inflation and there were “relatively few tools” that President Biden or Congress could use to “help boost oil production or moderate inflation.” So, she advised voters to ignore the gas price problem at the voting booth.

Quoting colleague E.J. Dionne, she cautioned that if Republicans win in November that could lead to “far more radical and sinister forces” trying to “undermine democracy.”

On MSNBC’s “Morning Joe,” branding guru Donny Deutsch fretted that pocketbook issues would win out with voters this year and in 2024 as more important to them than America’s democracy being “in peril.”

“I’m concerned and everything in my gut tells me… unfortunately, the gas prices and bread is going to be more compelling,” he said Thursday.

Polling bears that out, with surveys consistently showing inflation is the most significant issue to Americans right now. A recent Fox News poll found 41 percent of voters say inflation will be an important factor in their midterm decisions, well above issues like guns (12 percent) and abortion (10 percent). Another poll from ABC News earlier this month found 71% of Americans disapprove of Biden on inflation.

MSNBC host Joy Reid and political analyst Matthew Dowd characterized a red wave as a “threat” the media needed to warn voters against on Monday.

Fellow MSNBC host Tiffany Cross took the same approach on her show Saturday, complaining that inflation was more of a concern for voters than the Jan. 6 committee hearings.

“Come this November, will voters be more concerned with saving money than saving democracy?” the “Cross Connection” host asked.

Cross griped that inflation and “high prices” dominated media coverage, which led Americans to be less interested in the “compelling testimonies and evidence” in the Jan. 6 committee hearings.

“This constant storyline of inflation, and people are feeling it at the grocery store. So it is challenging when, come November, when it’s time to cast a ballot,” she began, adding that she wondered “how seriously” voters took the threat of Republicans winning in November.

CNN ECONOMIC ANALYST SAYS IN ORDER TO HAVE A ‘KINDER’ ECONOMY, INFLATION NEEDS TO OCCUR

“I think out of every president in recent history, if you can blame a president for rising gasoline prices, President Biden owns this gasoline price hike,” Flynn told Fox News Digital. “Why? Because every policy he has put into place has raised the cost of gasoline.”

“The View” host Joy Behar shut down the notion that a “red wave” was coming in November on her show last week.
(Screenshot/ABC/TheView)

Behar and her liberal peers also shot down the idea that a red wave was coming in November, largely as a result of voters blaming Democrats in power for high inflation. “You don’t know that,” she told co-host Alyssa Farah Griffin.

Associate Professor of Business and Economics at The King’s College and Fox News contributor Brian Brenberg criticized the media’s messaging as “a desperate attempt to deal with a problem they know is going to be pinned” on Democrats.

“By pleading with voters to not let inflation affect their vote, the media is essentially asking people to ‘please ignore everything that affects your life on a daily basis,’” he said, citing the high costs of groceries, travel, gas and electricity impacted by inflation and energy policies.

The economics expert said media pundits who won’t acknowledge that President Biden’s anti-oil rhetoric and promises to end fossil fuels have negatively affected energy costs are engaging in a “willful denial of reality.”

NPR ARGUES ECONOMY IS ‘STURDIER THAN IT LOOKS’ AMID SHRINKING REPORT

“America always votes their pocketbook,” Flynn said. “At the end of the day, you know, what they disparagingly call kitchen table issues are real issues to American because it affects their daily lives. Listen, people elect leaders so their life improves, not so it can get worse… The American people are smart. They see this as a facade. They see, you know, the media trying to make excuses for this administration.”

Some liberal media outlets and Democrats have defended Biden energy policies and tried to sell the public in recent months that there was hope on the horizon for the economy.

U.S. President Joe Biden speaks during an event at the Royal Castle, amid Russia’s invasion of Ukraine, in Warsaw, Poland March 26, 2022.
(Reuters)

In December, CNN host Don Lemon and reporter Matt Egan hyped a government forecast that suggested gas prices would fall below $3 in 2022, touting how Americans were going to get “some relief” at the pump.

Pundits moved on to minimizing voter concerns about the economy, Biden’s energy policies and rampant federal spending, while parroting the White House’s messaging that a “Putin price hike” was to blame for soaring inflation, in the spring.

Brenberg said that polls showed voters weren’t buying the media’s messaging and had “made up their own minds” on who to blame for the country’s economic woes.

“The media should be holding the administration’s feet to the fire on that with data, not with an ideological agenda but on data, on the facts. They’re not doing that,” he blasted.

“So voters therefore have made up their own minds. They have determined what cause and effect is going on here, and you’re seeing that in the polls,” he said.

Kristine Parks is an associate editor for Fox News Digital. Story tips can be sent to kristine.parks@fox.com.