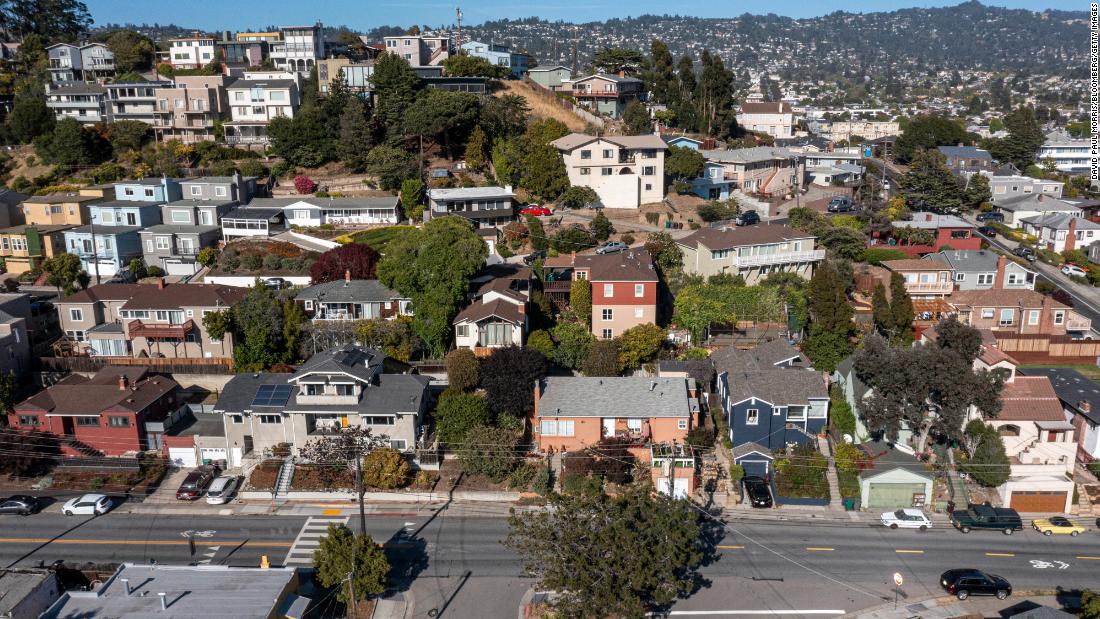 The 30-year fixed-rate mortgage averaged 5.78% in the week ending June 16, up from 5.23% the week before. Rates have risen more than two-and-a-half percentage points this year. They were at an average of 2.93% this time last year.

“These higher rates are the result of a shift in expectations about inflation and the course of monetary policy,” said Sam Khater, Freddie Mac’s chief economist. “Higher mortgage rates will lead to moderation from the blistering pace of housing activity that we have experienced coming out of the pandemic, ultimately resulting in a more balanced housing market.”

Rates have risen sharply since January, pushing the cost of financing a home up significantly.

Buyers are finding homes even less affordable as inflation takes a larger chunk of their income and the cost of borrowing has reduced their purchasing power.

A year ago a buyer who put 20% down on a median priced $390,000 home and financed the rest with a 30-year, fixed-rate mortgage at an average interest rate of 2.93% had a monthly mortgage payment of $1,304, according to numbers from Freddie Mac.

Today, a homeowner buying the same priced house with an average rate of 5.78% would pay $1,827 a month in principal and interest. That’s $523 more each month, according to numbers from Freddie Mac.

The average mortgage rate surged higher this week in response to worse-than-expected inflation data last week and in anticipation of Federal Reserve rate hikes that came Wednesday.
Making good on its promise to raise rates in order to stem inflation, the Federal Reserve raised the interest rate target by 75 basis points, the largest increase in nearly three decades. And there is no reason to expect the increases will stop there. In comments following the announcement, Fed Chairman Jerome Powell emphasized the Fed’s commitment to bringing inflation down to the 2% goal by continuing to raise rates.

The Federal Reserve does not set the interest rates borrowers pay on mortgages directly, but its actions influence them. Mortgage rates tend to track 10-year US Treasury bonds. But mortgage rates are indirectly impacted by the Fed’s actions on inflation. As investors see or anticipate rate hikes, they often sell government bonds, which sends yields higher and with it, mortgage rates.

The 10-year treasury yield climbed to 3.48% on Tuesday — the highest in 11 years — as investors anticipated Wednesday’s interest rate hike.

Surging rates have the effect of putting the brakes on the housing market, which has been moving full speed ahead for the past two years.

“Climbing mortgage rates continue to put pressure on the housing market, pushing the cost of homeownership ever higher,” said Hannah Jones, Economic Data Analyst at Realtor.com. “There has been little relief for American consumers at the grocery store, the pump, and in both the for-sale and rental markets.”