Millions of years ago, the megalodon ruled the oceans – why did it disappear? 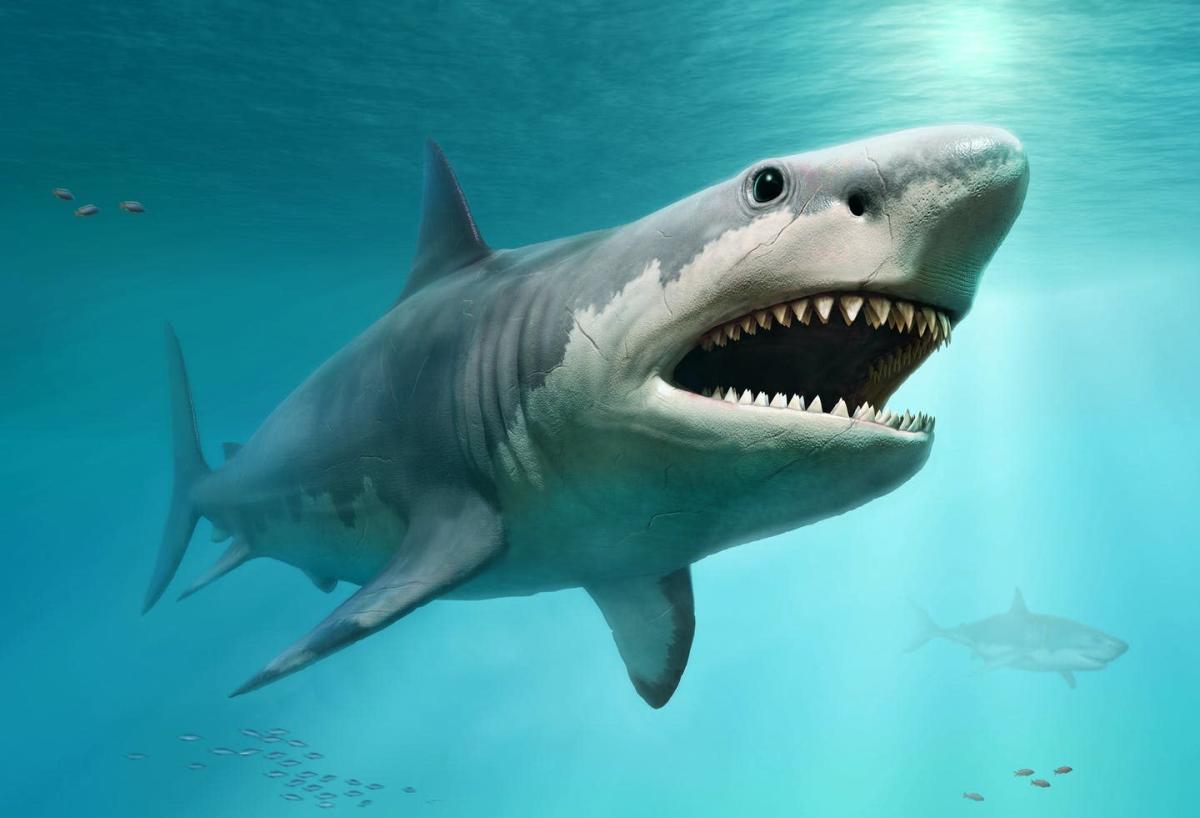 Curious Kids is a series for children of all ages. If you have a question you’d like an expert to answer, send it to curiouskidsus@theconversation.com.

When did the megalodon shark go extinct, and why? – Landon, age 10

Imagine traveling back in time and observing the oceans of 5 million years ago.

As you stand on an ancient shoreline, you see several small whales in the distance, gliding along the surface of an ancient sea.

Suddenly, and without warning, an enormous creature erupts out of the depths.

With its massive jaws, the monster crushes one of the whales and drags it down into the deep. Large chunks of the body are ripped off and swallowed whole. The rest of the whales scatter.

You have just witnessed mealtime for megalodon – formally known as Otodus megalodon – the largest shark ever.

As a scientist who studies sharks and other ocean species, I am fascinated by the awesome marine predators that have appeared and disappeared through the eons.

That includes huge swimming reptiles like ichthyosaurs, plesiosaurs and the mosasaurs. These incredible predators lived during the time of the dinosaurs; megalodon would not appear for another 50 million years.

But when it did arrive on the scene, about 15 million to 20 million years ago, the megalodon must have been an incredible sight.

Not surprisingly, megalodons ate big prey. Scientists know this because they’ve found chips of megalodon teeth embedded in the bones of large marine animals. On the menu, along with whales: large fish, seals, sea lions, dolphins and other sharks.

Are scientists sure megalodon is extinct?

Internet rumors persist that modern-day megalodons exist – that they still swim around in today’s oceans.

But that’s not true. Megalodons are extinct. They died out about 3.5 million years ago.

And scientists know this because, once again, they looked at the teeth. All sharks – including megalodons – produce and ultimately lose tens of thousands of teeth throughout their lives.

That means lots of those lost megalodon teeth are around as fossils. Some are found at the bottom of the ocean; others washed up on shore.

But nobody has ever found a megalodon tooth that’s less than 3.5 million years old. That’s one of the reasons scientists believe megalodon went extinct then.

What’s more, megalodons spent much of their time relatively close to shore, a place where they easily found prey.

So if megalodons still existed, people would certainly have seen them. They were way too big to miss; we would have lots of photographs and videos.

It probably wasn’t one single thing that led to the extinction of this amazing megapredator, but a complex mix of challenges.

First, the climate dramatically changed. Global water temperature dropped; that reduced the area where megalodon, a warm-water shark, could thrive.

Second, because of the changing climate, entire species that megalodon preyed upon vanished forever.

At the same time, competitors helped push megalodon to extinction – that includes the great white shark. Even though they were only one-third the size of megalodons, the great whites probably ate some of the same prey.

Then there were killer sperm whales, a now-extinct type of sperm whale. They grew as large as megalodon and had even bigger teeth. They were also warmblooded; that meant they enjoyed an expanded habitat, because living in cold waters wasn’t a problem.

Killer sperm whales probably traveled in groups, so they had an advantage when encountering a megalodon, which probably hunted alone.

The cooling seas, the disappearance of prey and the competition – it was all too much for the megalodon.

And that’s why you’ll never find a modern-day megalodon tooth.

Hello, curious kids! Do you have a question you’d like an expert to answer? Ask an adult to send your question to CuriousKidsUS@theconversation.com. Please tell us your name, age and the city where you live.

And since curiosity has no age limit – adults, let us know what you’re wondering, too. We won’t be able to answer every question, but we will do our best.

This article is republished from The Conversation, a nonprofit news site dedicated to sharing ideas from academic experts. It was written by: Michael Heithaus, Florida International University.

Michael Heithaus does not work for, consult, own shares in or receive funding from any company or organization that would benefit from this article, and has disclosed no relevant affiliations beyond their academic appointment.