Mike Pence claims that Joe Biden lies more than any other president he's seen, ignoring his 4 years working for Trump 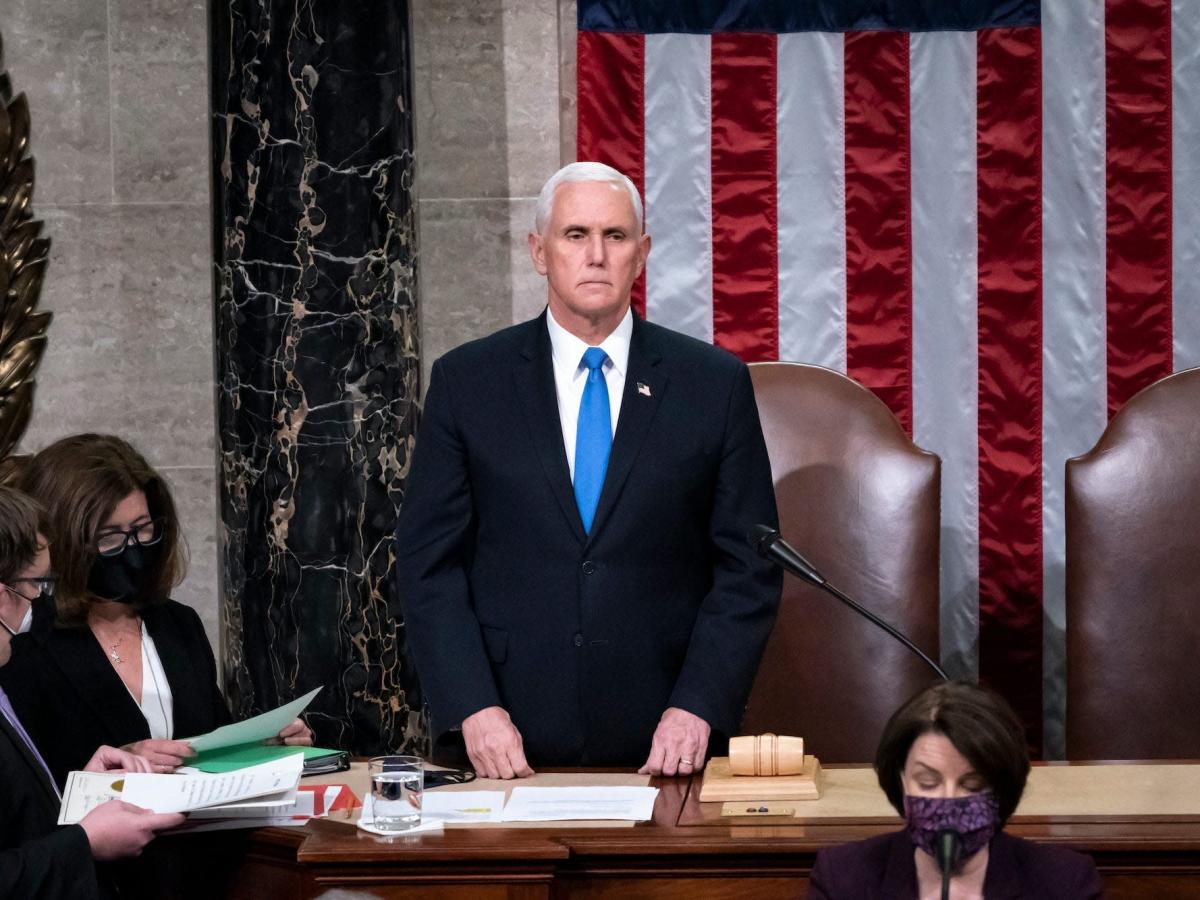 Former Vice President Mike Pence said “never in my lifetime” had he seen a president lie as much as Joe Biden.

The claim sat oddly with his four years working for President Donald Trump, with Trump’s frequent false claims and promotion of disinformation a hallmark of his administration.

Pence made the comment on Larry Kudlow’s Fox Business show on Monday. Kudlow asked Pence about Biden’s claims on inflation, which the host claimed the president was failing to take responsibility for by pinning it on the war in Ukraine.

“Have you ever seen a president who refuses to accept blame, and I want to add to that, commits so many falsehoods?” Kudlow asked. “I’m being very polite here, calling it falsehoods – falsehoods, you know, on any given day. He’s out there saying stuff that just ain’t true. Have you ever seen anything like that?”

Pence replied that he hadn’t.

“Never in my lifetime,” said the former vice president. “I said today that there has never been a time in my life where a president was more disconnected from the American people than we see today.”

Fact checkers found Trump to have made false statements almost daily while in office, sometimes multiple times within one speech or interview, and habitually bent the facts to serve his purposes.

Biden’s record is also not spotless: fact-checkers found him to have made false or misleading statements on subjects such as utility savings, the US retreat from Afghanistan, and the Second Amendment during his time in office.

But the scale does not the approach the 30,573 false claims the Washington Post attributed to Trump during his presidency.

Witnesses at the January 6 Committee hearings of recent weeks have described how Pence’s life was in danger when Trump supporters incited by his false claims of election fraud — sometimes term the “Big Lie” — attacked the Capitol.

The attack was fueled by months of conspiracy theories pushed by Trump and his allies, including the false claim that Pence could use the power of his office to reject the election results.

Some rioters made Pence a hate figure in response, and shouted for him to be hanged as they invaded the Capitol building where he was presiding over a Congressional procedure to verify the election results.