Macron has suddenly become as constrained as Biden 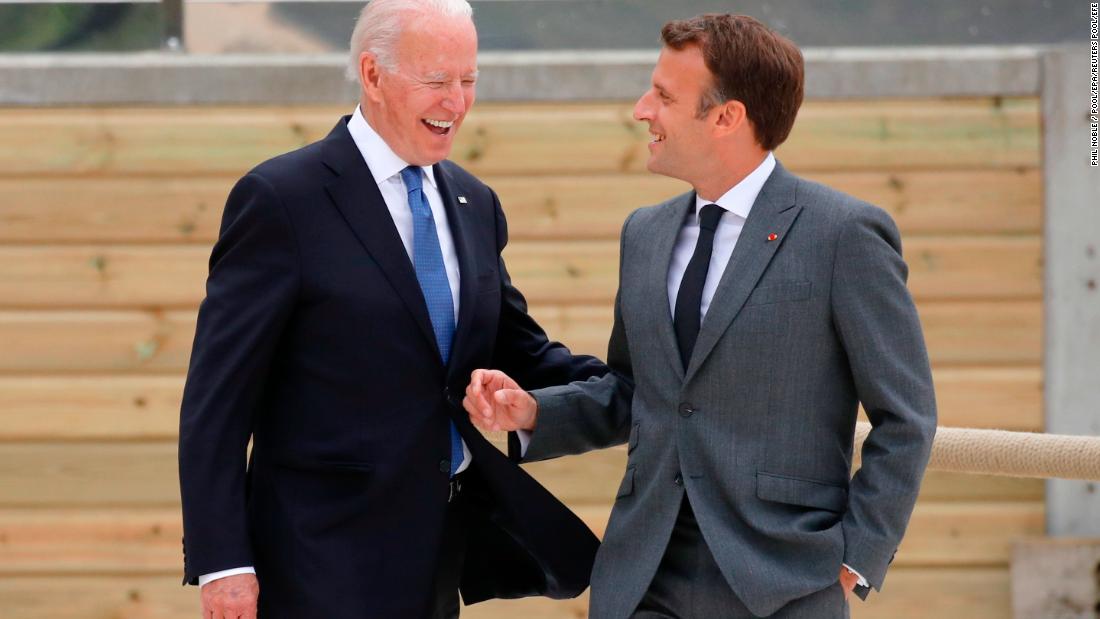 The French have chosen their National Assembly — the equivalent of the US House of Representatives — for the next five years. And the outcome? No party, but particularly not Macron’s, has come out with an absolute majority.

While Macron’s centrist alliance, Ensemble!, won the largest number of seats in Sunday’s parliamentary elections — with 245 out of 577 seats — it still falls short of the 289 needed for an absolute majority.

Now, having lost the majority he enjoyed in his first term, the French President will be forced to negotiate for every vote, every initiative with those who want nothing more than to see him fail. The far left and far right have control over the no-longer-majority center. And the big electoral surge — an unprecedented tsunami really — is from where? The far right.

If this all sounds depressingly familiar in Washington, it is. Of course, Biden’s party controls both houses of Congress, but he doesn’t have enough votes in the Senate for the supermajority needed to pass most legislation.

And it represents a dramatic reversal from the same moment five years ago when Macron’s candidates for the National Assembly had followed up his dramatic win in the presidential election with an equally dramatic win for an unassailable majority in the parliamentary elections.

Now, two critical international meetings are coming up for Macron this month — a European Union summit to decide on Ukraine’s admission to candidate membership status in the bloc and a NATO meeting in Madrid that will debate, if not decide, on the admission of Sweden and Finland and more resources for Ukraine.

All these issues require a consensus that Macron seemed uniquely positioned to hammer out. No longer. His unchallenged ability to set foreign policy under the French Constitution has been eroded by a perception abroad that he is in no longer the uniquely potent leader he had positioned himself in his first term. Gone are the grand ambitions of succeeding retired German Chancellor Angela Merkel for the position as the effective leader of the EU.

What Macron wanted more than anything else from Sunday’s balloting for the members of the new national parliament was “une majorité solide” — a solid majority.

The French gave him anything but that.

Of course, they didn’t give that to any of his opponents. All they have now is the ability to make life miserable for him and deliver him defeat after defeat. Again, this is a trans-Atlantic carbon copy of Biden’s situation, the systems perhaps appearing different but the challenges now no less acute.

Most dedicated to the mission of making Macron miserable is the NUPES, or New Ecological and Social People’s Union — the oddball left-wing coalition cobbled together by Jean-Luc Mélenchon. His is now the largest opposition bloc in the National Assembly.

With the opposition this time not in a majority, it’s not even a true “cohabitation,” which has existed at least three times in the past in France when one party holds the presidency, another controls the parliament and little has been accomplished. What France seems to have now is simply a route to chaos and enforced compromise.

Or as France’s leading all-news channel BFMTV asked on the screen, minutes after the polls closed: “France Ungovernable?”

Ungovernable remains to be seen, but the results have certainly left in limbo — twisting in the wind — Macron’s aspirations for a dramatic transformation of France’s social, economic, political and diplomatic landscape, not to mention its standing in Europe and the world.

What does this mean exactly? Well, now Macron has to negotiate for every vote. The far left and far right have control over the no-longer-majority center that for five years, with some scattered exceptions when the French actually went into the streets to protest, allowed the French leader to ram through every reform, the smallest measure that he wanted.

The grand ideas Macron had going in for remaking France over the next five years — just like Biden’s grand ideas in January 2021 — now risk being ground into the dust of negotiating one by one for a vote here, a vote there.

But perhaps the biggest — and the most ominous — development is the surge from the far right. The party of Marine Le Pen, whom Macron steamrolled for the presidency twice, has grabbed more than 11 times as many seats as it accumulated in the last election — from eight in the outgoing parliament to 89 today.

Surely former President Donald Trump will take some considerable comfort from the success of a party whose leader plays to the same deep feelings of nationalism. Le Pen comfortably claimed her own seat in the National Assembly, easily winning in a Pas-de-Calais district on the English Channel — 63% to 37%.

Suddenly, the grand idea of de Gaulle when he formed the Fifth Republic 1958 — where the president has more power than parliament — is all but dead.

Now with one stroke, the real power in France is no longer the imperial presidency but a fragmented and cacophonous parliament. France is beginning to look not a little like Italy and its shaky minority governments rather than Germany under Merkel, to whom all 27 nations in the EU could look for inspiration.

But really, how hard will it be for Macron? A lot depends on just how adroit he is — how carefully he crafts key measures. Mélenchon’s NUPES is little more than a hastily assembled coalition of disparate left-wing groups — from ecologists to communists to socialists who still remember what it was like actually to rule France. For decades, many of these parties barely stopped sniping at each other. Now, though, beyond the priority of bringing down Macron, each has some pet projects — from ecology to tax reform.

Macron must prove himself more adept than Biden has been in navigating the US Senate, where virtually every Republican is committed to making him fail on nearly every important measure — or compromise it into some neutered shadow of what he really wanted going in.

The youngest French leader since Napoleon, Macron had hoped to drag France, kicking and screaming if necessary, into the 21st century of modest taxes, a rational pension system, dramatic moves toward a sustainable future and a leadership role in Europe.

“France is going to be very difficult to govern” was the “cry of alarm” from Jérôme Fourquet, director of the French polling agency IFOP, adding that Macron “has left a boulevard (open) to his adversaries.” Already, Monday morning the NUPES announced it plans to introduce a no-confidence motion on July 5, though it’s unlikely pass.

Still, as any politician knows — you have to play the hand you’re dealt. And it’s been quite clear for some time, remaining intensely clear even today, that Macron has not finished with a “hyperpresidency.”
This means at least as much abroad as at home. In the past week, Macron visited French troops in Romania and accompanied German Chancellor Olaf Scholz and Italian Prime Minister Mario Draghi to Kyiv for a pace-setting meeting with Ukrainian President Volodymyr Zelensky ahead of a critically needed vote this week to admit Ukraine to candidate status for EU membership.
In the end, Macron also still has what in French political terms is the nuclear option. He has the right to dissolve parliament and call for new elections. It has happened five times since 1958. The problem is that it could leave France well along the way toward a meta-stable Italian system of revolving door governments — where seven governments have ruled Italy in the past decade, 10 in this century.

Certainly that is the last goal to which either Europe or America should aspire. But neither should we hope for a France, hollowed out, struggling with its identity and its place in the world. It needs, more than ever, not a little help from its friends — some of whom, like Biden, must understand precisely what Macron faces ahead.