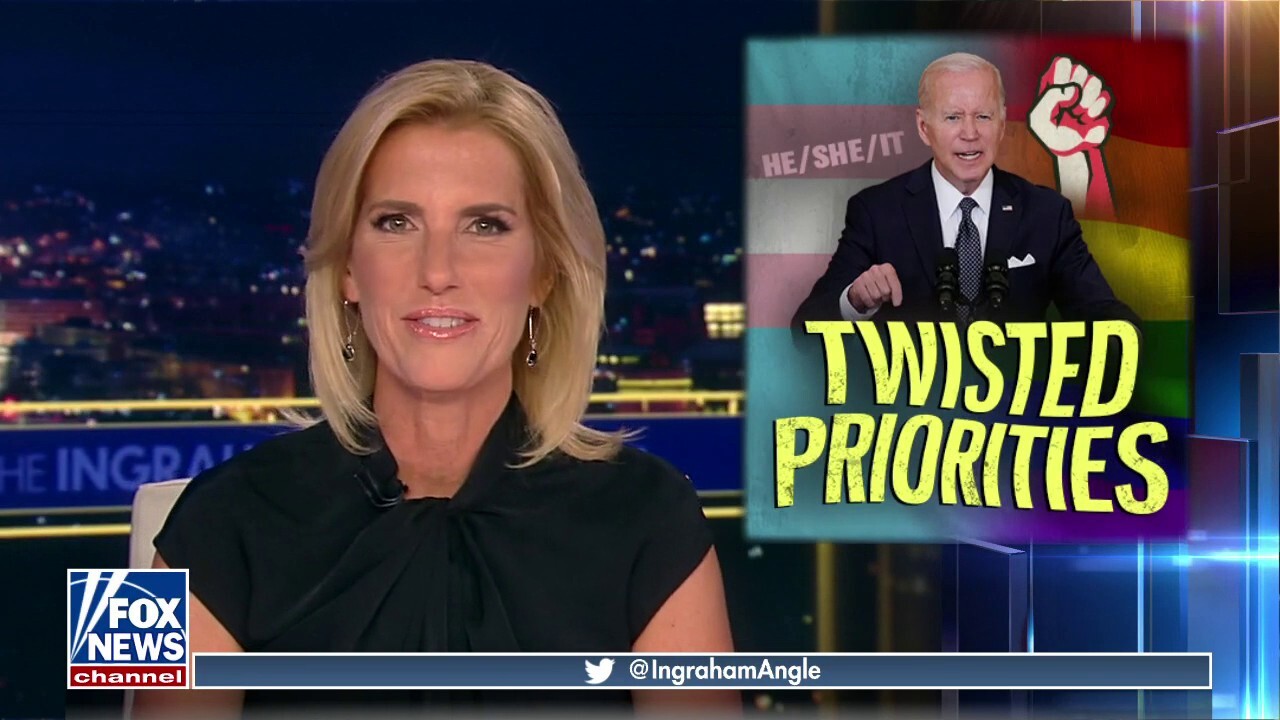 Laura Ingraham showed how Democrats’ priorities are “twisted” in Wednesday’s opening monologue of “The Ingraham Angle.”

INGRAHAM: You can tell a lot about a person by what he or she prioritizes in life. … When the you-know-what is hitting the fan in the country, do you jump in to solve the problem or do you blow it off and work on pet projects that don’t help solve anything? That’s what’s happening right now here in the United States.

The sad truth is that the Democrats have been out of steam for years. They’re not interested in raising your standard of living or keeping the streets safer or making sure the public schools are competitive with their global counterparts. They’re not interested in any of that. All they’re capable of is decline, division and hate. Just look at the freaks still showing up at the homes of Supreme Court justices. Look at the attacks on crisis pregnancy centers and the relative silence from elected officials. Left-wing criminals have the tacit approval of the Democrat[ic] Party that’s currently on life support. These are people with twisted priorities and no real plans to help the country. They’re going to pretend, of course, they’re hard at work on things like fighting climate change or fighting institutional racism or corporate greed. But in the end, it’s all just a pathetic power grab. But in less than five months, the voters will be doing a power grab of their own.

WATCH HER FULL COMMENTS BELOW: