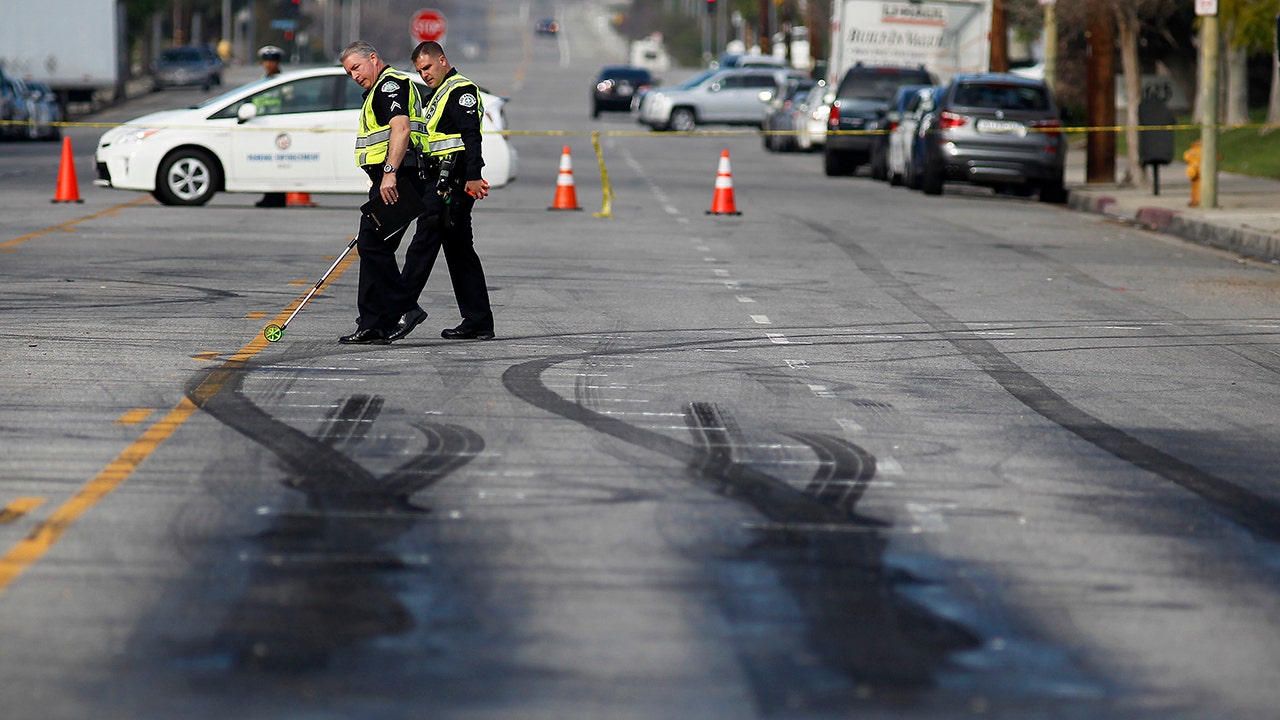 Los Angeles police reportedly established a skirmish line early Sunday as a rowdy crowd of young people doing donuts in the streets tossed fireworks and other items at officers trying to clear the area.

Sky 9 helicopter footage over East 4th and Anderson in Los Angeles showed a crowded street of LAPD vehicles, some with their red and blue lights flashing, as well as other private vehicles.

Law enforcement sources told CBS News that people were also aiming lasers at officers and LAPD set up a skirmish line. At least one person, not an officer, was injured and suffered a cut to the head.

This file image shows LAPD investigators surveying skid marks at a drag racing scene where two pedestrians were killed by the driver of a Ford Mustang who fled after the crime on Plummer Street on February 26, 2015, in Chatsworth.
((Photo by Brian van der Brug/Los Angeles Times via Getty Images))

Reached by phone early Sunday, LAPD Public Information Officer Cruz confirmed to Fox News Digital that an incident occurred at approximately 1:46 a.m. in the area of East 4th and Anderson St. where officers responded to multiple radio calls regarding a “street takeover.”

Cruz said between 50 and 60 vehicles were locking down the street and performed donuts. The crowd eventually dispersed, and the area was declared safe, Cruz added, saying he did not immediately have information supporting that fireworks or other projectile had been hurled at officers at the scene.

No arrests were immediately announced.

Danielle Wallace is a reporter for Fox News Digital covering politics, crime, police and more. Story tips can be sent to danielle.wallace@fox.com and on Twitter: @danimwallace.