Kinzinger says 'there is violence in the future' after receiving mailed threat to 'execute' him, his wife, and 5-month-old baby 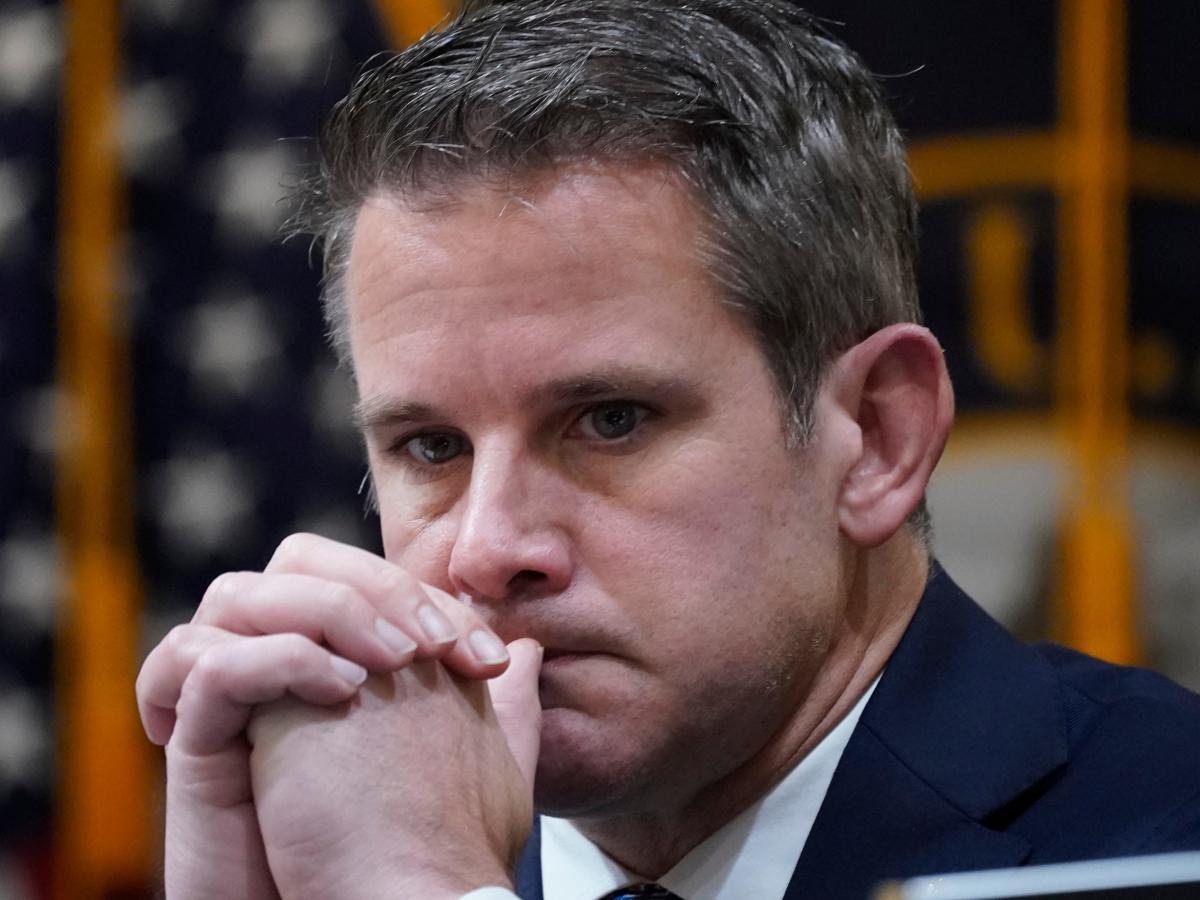 Republican Rep. Adam Kinzinger warned of “violence in the future” after he said he received a mailed threat against him and his family.

Kinzinger made the comments Sunday on “This Week” on ABC News while discussing his work on the January 6 committee. His position as one of only two Republicans on the committee has subjected him to threats, he said.

“This threat that came in, it was mailed to my house. We got it a couple of days ago, and it threatens to execute me, as well as my wife and 5-month-old child. We’ve never seen or had anything like that. It was sent from the local area,” said Kinzinger, who represents Illinois’ 16th congressional district.

He added that he’s not worried about his personal safety, but he is concerned about his family.

“I don’t worry – but now that I have a wife and kids, of course, it’s a little different,” Kinzinger said. “There’s violence in the future, I’m going to tell you. And until we get a grip on telling people the truth, we can’t expect any differently.”

A spokesperson for Kinzinger said his office has reported the threat, and they are “taking extra precautions for the Congressman’s family.”

As the Jan. 6 House committee continues to hold its public hearings about its investigation into the Capitol siege, a new Ipsos/ABC News poll found that a majority of Americans say former President Donald Trump should be criminally charged for his role in the Capitol riot.

During his interview, Kinzinger said the Republican party has “utterly failed the American people at truth,” arguing that Trump “knew what he was doing” ahead of the Capitol siege, Insider’s Pocharapon Neammanee reported.

“I certainly think the president is guilty of knowing what he did, seditious conspiracy, being involved in these, you know, kind of different segments of pressuring the DOJ, vice president, et cetera,” Kinzinger said. “Unfortunately, my party has utterly failed the American people at truth.”