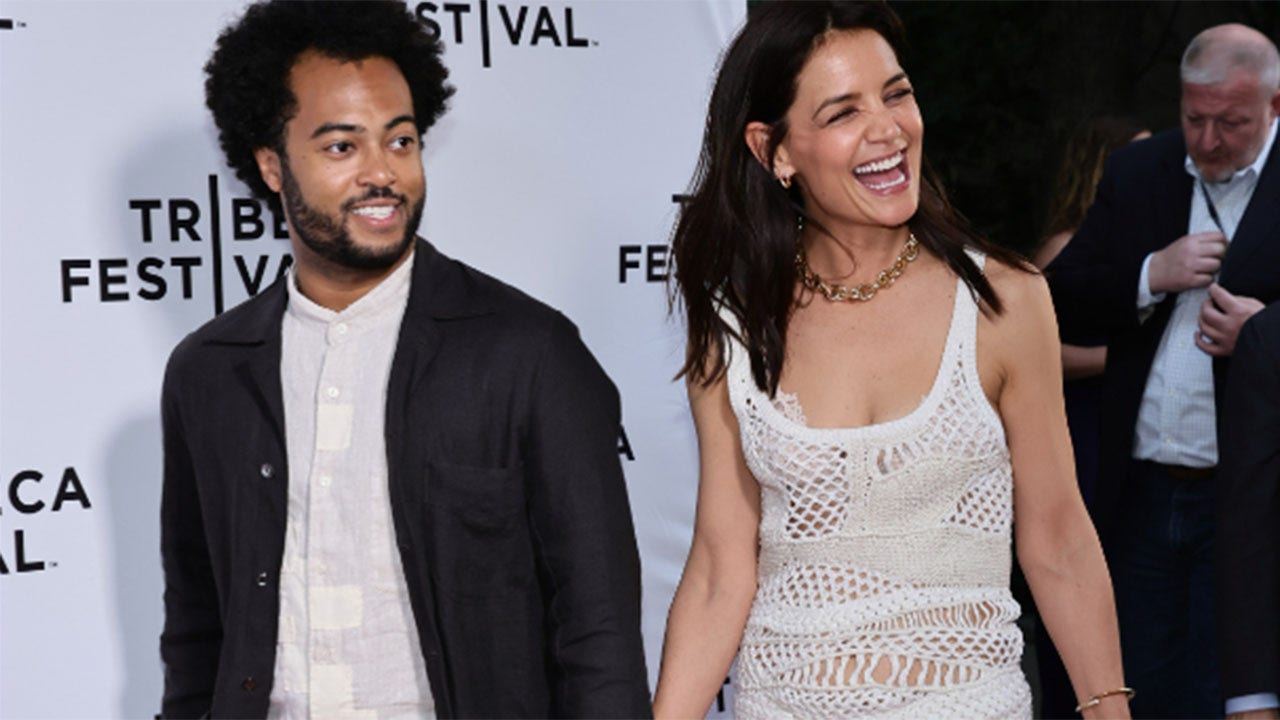 Love is in the air for Katie Holmes.

The actress, 43, put her new relationship with Bobby Wooten III on display at the 2022 Tribeca Film Festival in New York City on Tuesday night.

The “Dawson Creek” star stunned in a white-crochet dress, which she paired with gold jewelry and black shoes. Her musician boyfriend, 33, wore green cargo pants with a white button-up shirt and a black jacket.

The new couple were seen holding hands and posing for photos on the Tribeca red carpet for the premiere of Holmes’ “Alone Together,” which is written and directed by the actress. She also stars in the upcoming film.

Tuesday night was not the couple’s red carpet debut. In May, Holmes and Wooten attended the Moth Ball’s 25th Anniversary Gala at Spring Studios in New York City, which was their first public debut as a couple.

Romance rumors began swirling in April when Holmes and Wooten were seen with her mother, Kathy, out and about in New York City.

Katie Holmes wrote and directed “Alone Together.” The 43-year-old actress will also star in the upcoming film.
(Photo by Theo Wargo/Getty Images for Tribeca Festival)

Wooten is a bass player for “Moulin Rouge!” and “American Utopia” on Broadway. He recently put his skills on display at Coachella with a performance with Carly Rae Jepsen.

The new couple were seen holding hands and posing for photos on the Tribeca red carpet for the premiere of Holmes’ “Alone Together.”
(Theo Wargo/Getty Images for Tribeca Festival)

Holmes was previously married to Tom Cruise for five years before filing for divorce in 2012. The duo share their daughter, Suri, 16.

Holmes was also romantically tied to Jamie Foxx for years before their split in 2019.

Bobby Wooten III and Katie Holmes first made their red carpet debut at the Moth Ball’s 25th Anniversary Gala in May.
(Photo by Theo Wargo/Getty Images for Tribeca Festival)

Recently, Holmes was in a relationship with Emilio Vitolo and the couple parted ways in 2021.

Janelle Ash is an entertainment writer for Fox News Digital.