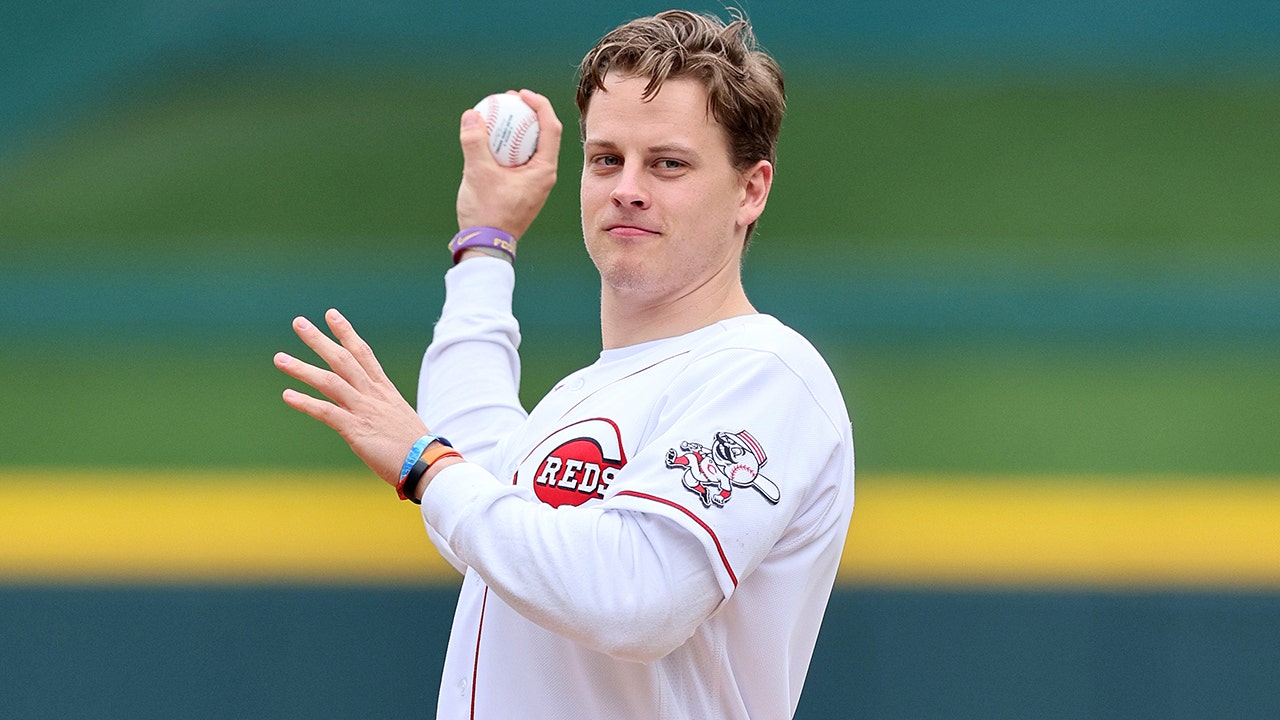 The Washington Commanders changed their name from the Washington Football Team earlier this year, but the new moniker is not resonating with everyone in the NFL.

Cincinnati Bengals star Joe Burrow appeared on the “Full Send Podcast” and suggested he liked the simplicity of the Washington Football Team.

Joe Burrow, #9 of the Cincinnati Bengals, walks onto the field as he is introduced during a Cincinnati Bengals Fan Rally ahead of Super Bowl LVI at Paul Brown Stadium on February 07, 2022 in Cincinnati, Ohio.
(Emilee Chinn/Getty Images)

When one of the hosts said the nickname “Football Team” was one of the “worst names possible,” Burrow didn’t see it that way.

“I loved it. Just meat and potatoes,” he said.

The Washington Football Team nickname was a placeholder for the team after ridding the moniker “Washington Redskins” in the summer of 2020 amidst of protests against racial injustice across the U.S. at the time.

Joe Burrow of the Cincinnati Bengals throws out the ceremonial first pitch before the Cincinnati Reds game against the Cleveland Guardians at Great American Ball Park on April 12, 2022 in Cincinnati, Ohio.
(Andy Lyons/Getty Images)

The Commanders name was revealed in February.

“As an organization, we are excited to rally and rise together as one under our new identity while paying homage to our local roots and what it means to represent the nation’s capital,” co-owner and co-CEO Dan Snyder said in a statement at the time.

“As we kick-off our 90th season, it is important for our organization and fans to pay tribute to our past traditions, history, legacy and the greats that came before us. We continue to honor and represent the Burgundy & Gold while forging a pathway to a new era in Washington. Today may mark the first day for the Washington Commanders, but we are and always will be Washington.”

Burrow was not the only one to rip the Commanders. NFL great John Riggins ripped the name as well.

“I feel completely disenfranchised,” he said, via Washington Football Wire. “I can’t understand how anyone who once played under the old franchise name could possibly want to be a part of anything to do with the Washington Commanders.”

As far as the potential for a Washington Commanders football jersey, Riggins said it made him feel “filthy” and “dirty.”