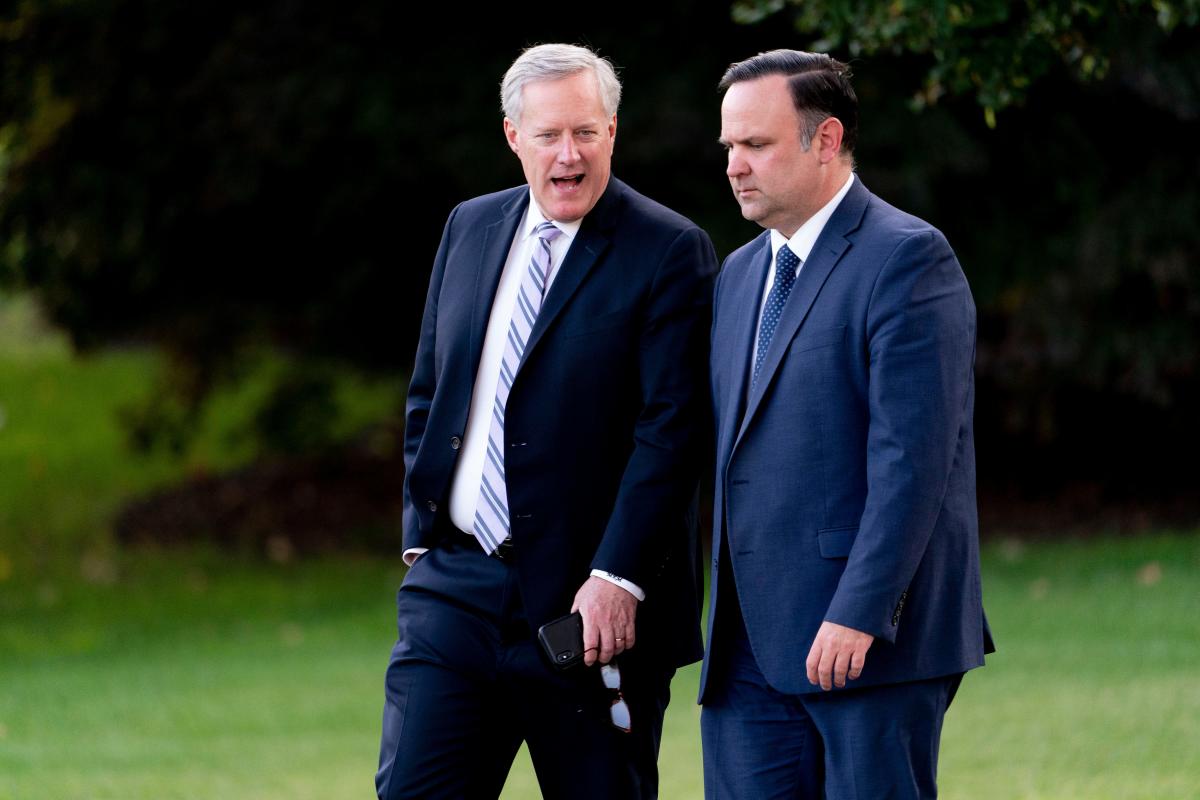 ASHEVILLE – Mark Meadows, former President Donald Trump’s chief of staff and former Western North Carolina congressman, said he knew it was illegal for Vice President Mike Pence to stop the election certification, despite the president pushing Pence to do so and inflaming a mob that chanted for the vice president’s death.

That was according to the special Jan. 6 congressional committee’s third day of testimony June 16 that yielded new information on Meadows’ role before and during the insurrection.

“I think Mark had told so many people so many different things,” Short said.

Western Carolina University political science professor Todd Collins said Meadows’ actions could have been an attempt to navigate between hardline conspiracy theorists and Republicans calling for an end to false election fraud claims and the illegal plot to stop the certification.

“He may have been ‘reading the room’ about how to react or perhaps weighing every option to stay in power,” Collins said.

Williamson, who still serves as Meadows spokesperson, responded to June 17 emailed Citizen Times questions, saying he and Meadows declined to comment. Questions included whether Meadows would change his mind and testify before the committee whose next hearing is June 21 and what he said to the president shortly before Trump’s inflammatory tweet.

Meadows was elected in 2012 to the 11th District seat covering most of WNC and part of Asheville. He resigned in 2020 to work as Trump’s top aide. During and after the 2020 election, he frequently raised the prospect of voter fraud, casting doubt on Joe Biden’s win. But Meadows is now facing a North Carolina State Bureau of Investigation election fraud probe after records showed him voting using the address of a Macon County mobile home where he appears never to have stayed.

After the formation of the House select committee investigating the Capitol attack, Meadows turned over thousands of texts but later stopped cooperating and declined to testify. The House voted to hold him in contempt of Congress, but the Justice Department declined to prosecute.

Still, the texts and testimony have put him at the center of the investigation. At the June 16 hearing, Short was asked whether Meadows supported Trump’s plan — deemed illegal by prominent conservative and former federal appeals court judge Michael Luttig — to overturn the election by having Pence either reject electors from states that voted for Biden or delay the certification so recounts could be done despite no evidence of problems.

Here is an excerpt:

Committee staffer: “You’ve been clear repeatedly with Mr. Meadows, about you and the Vice President having a different view about his authority on January 6.”

Staffer: “Did Mr. Meadows ever explicitly or tacitly agree with you or say ‘Yeah, that makes sense,’ or ‘OK’?”

Short: “I believe that Mark did agree.”

Staffer: “What makes you say that?”

Short: “I believe that’s what he told me. But as I mentioned, I think Mark had told so many people so many different things that it was not something that I would necessarily accept as ‘OK. Well, that means that’s resolved.'”

Staffer: “Tell me more about what he told you on this topic.”

Short: “I think it was that, you know, the vice president doesn’t have any broader role. And I think he was understanding that.”

Staffer: “So despite the fact that he may have said other things to the President or others, to you he said he understands that the vice president has no role.”

Staffer: “Did he say that you to several times?”

Short: “A couple of times.”

But even though Trump’s chief of staff said he knew the plan was illegal, Trump continued to call on Pence to act, doing so in speeches, tweets and in phone calls, according to hearing testimony.

On Jan. 6, aides and the president’s family gathered in the White House where they watched as Trump’s supporters fought with police and breached the Capitol.

Williamson, in his testimony, said he and other top advisers decided someone should get the president to calm the situation. He sent a text to his boss Meadows reading “Would recommend POTUS put out a tweet about respecting the police over at the Capitol — getting a little hairy over there”

Williamson said he then went to Meadows and repeated verbally what he said in the text.

“To my recollection he immediately got up and left his office,” he said, with Meadows walking toward where the president was in the Oval Office.

But as it became apparent to Trump that Pence would not interfere with the certification, he did not send a calming message. Instead at 2:24 p.m. he tweeted “Mike Pence didn’t have the courage to do what was necessary.”

Rioters inside and outside the Capitol surged forward according to evidence from the hearings, saying Pence had betrayed them and chanting “hang Mike Pence.” A makeshift gallows had been erected nearby.

The Secret Service rushed Pence away from his Senate office coming within 40 feet of rioters before arriving at an underground location, information from the hearings showed.

A bipartisan Senate report found seven people died in connection with the attack, including Capitol Police Officer Brian Sitnick, who died of strokes after battling the mob, and rioter Ashli Babbitt, shot by police while trying to breach the House chamber.

Collins, the WCU professor, said in the third and prior hearings, a picture of Meadows has developed “as the central point of contact for those outside the White House to try and get messages to President Trump, particularly in the text messages that were released.

“Some of these were encouragement/ideas to fight the election results, others were voices of moderation, while still others implore Meadows to take measures to quell the Jan 6 rioters.”

Meadows’ brief responses to those texts, revealed by the committee, suggests he may have been “reading the room,” Collins said, and trying to play both sides.

As for whether the hearings had revealed any evidence of criminal action by Meadows, Collins said what has been shown so far did not provide “smoking gun,” though there were more committee proceedings to come and recent stories about the former chief destroying documents following a meeting with GOP Rep Scott Perry of Pennsylvania weeks after Election Day 2020.

“He may have likely suspected what was going to happen during the march on the Capitol, but that may not be enough for a criminal conviction,” Collins said. “If more evidence comes out about Meadows allegedly burning government documents, however, that could lead to some issues of destruction of evidence/public documents, which may more likely led to some serious consequences.”

Joel Burgess has lived in WNC for more than 20 years, covering politics, government and other news. He’s written award-winning stories on topics ranging from gerrymandering to police use of force. Got a tip? Contact Burgess at jburgess@citizentimes.com, 828-713-1095 or on Twitter @AVLreporter. Please help support this type of journalism with a subscription to the Citizen Times.