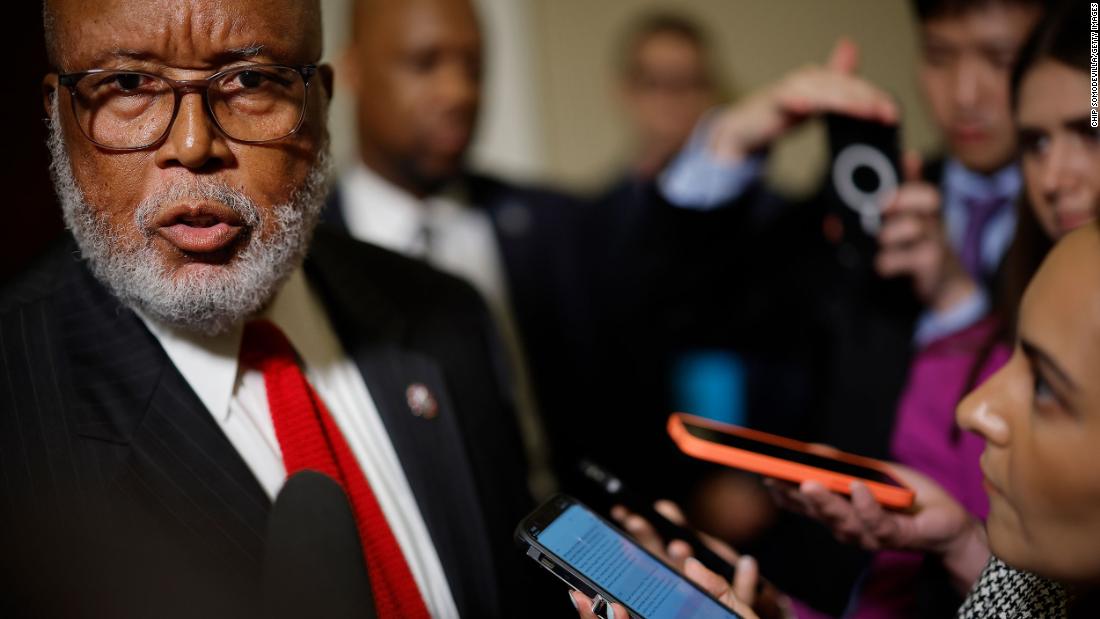 The comment was in response to Department of Justice concerns raised in court that the committee had not shared transcripts and was jeopardizing the department’s ability to prosecute and investigate the January 6 events. The New York Times reported on Friday that the committee could now share them as soon as July. Several weeks ago, prosecutors told a court they did not anticipate the committee sharing them until September.

“The Select Committee is engaged in a cooperative process to address the needs of the Department of Justice,” committee spokesman Tim Mulvey said in a statement provided to CNN. “We are not inclined to share the details of that publicly. We believe accountability is important and won’t be an obstacle to the Department’s prosecution.”

The panel’s statement is the latest in a back-and-forth between the committee and the Justice Department, where the department is claiming the panel is slowing its investigation by not sharing its transcripts, while the panel maintains it is not trying to stand in the way of the the department’s investigation.

Democratic Rep. Bennie Thompson of Mississippi, who chairs the committee, told reporters on Thursday that the panel was not going to stop its work to share its materials with the Justice Department.

“We are not going to stop what we are doing to share the information that we’ve gotten so far with the Department of Justice,” he said. “We have to do our work.”

Democratic Rep. Zoe Lofgren of California, who is a member of the committee, criticized the Justice Department for its blanket request for all of the interview transcripts in the committee’s possession, told CNN’s Jake Tapper on “The Lead,” “It’s really not the way that DOJ is supposed to work,” and asking, “what have they been doing over there?”

“I mean, they’ve known about all the witnesses we’ve had for over a year. They could subpoena them. They could open up grand juries,” Lofgren said.

Lofgren also said the Justice Department has a much easier process to compel witness testimony and enforce subpoenas than a congressional committee, but that the department’s interest in the committee’s work is potentially a sign that it is ramping up its own investigation.

“It just makes me wonder, though, what have they been doing over there?” Lofgren asked. “I mean, they have a much easier way to compel testimony under their subpoenas than we do under ours. So hopefully, this shows that they’re gearing up. We’re going to make sure we’re doing what we are able to do to assist, but we’re not going to let our investigation be disrupted.”

Despite her criticism, Lofgren acknowledged that the committee will engage with the Justice Department and not be an obstacle for it.

“We’re certainly going to be engaged with them and provide necessary transcripts and information that might be necessary, but you don’t have the executive branch tromping into the legislative branch and essentially turning our investigation upside down. That’s not the way things have proceeded. But we will engage with the DOJ. We will provide what’s necessary in an orderly way,” she said.

“The testimony received by congressional committees is protected under the Speech or Debate Clause in the Constitution,” Lofgren said. “So that’s just a, you know, a serious misunderstanding.”

“Prosecutors have an obligation to turn over exculpatory evidence, evidence that may be helpful to a defendant. So if you’re a prosecutor, you have to go out and gather any evidence that may help a defendant even in any small way,” Honig said. “What they want to avoid is a situation where they say, ‘Judge, there’s evidence that Congress has, we don’t have it, sorry, we can’t turn it over,’ and the judge might dismiss those cases.”

The letter, said Honig, is likely part of the effort to show it is trying to get the information from Congress.