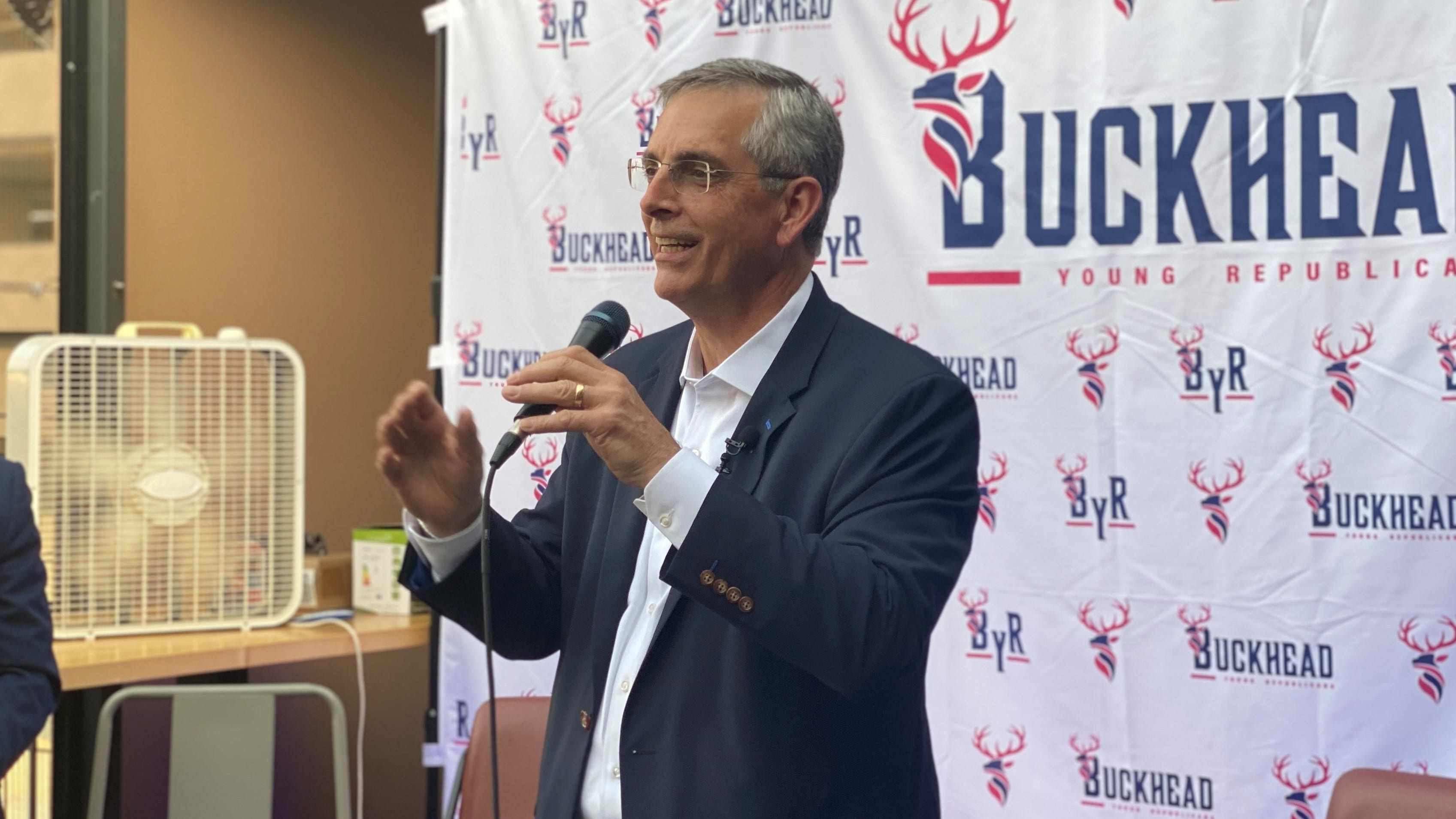 In a Tuesday hearing with the Jan. 6 Committee, state officials testified about a deluge of harassment and attacks they faced for not going along with former President Donald Trump’s pressure to overturn the 2020 election.

“After the election, my email, my cell phone was doxxed. And so I was getting texts all over the country,” Georgia Secretary of State Brad Raffensperger told Schiff during his questioning.

“Eventually my wife started getting the texts and hers typically came in as sexualized threats, which were disgusting,” Raffensperger added. “We met in high school. We were married over 40 years now. And so they started going after her. I think just to probably put pressure on me — why don’t you just quit, walk away?”

But Raffensperger was far from the only official to face a similar situation, according to committee depositions played on video during the hearing.

Michigan Senate Majority Leader Mike Shirkey detailed in a video the fallout of when Trump tweeted his personal phone number.

“All I remember is receiving over, just shy of 4,000 text messages over a short period of time, calling to take action,” Shirkey said

Pennsylvania House Speaker Brian Cutler, a Republican, received “daily voicemails from Trump’s lawyers,” after the election, according to the committee. Cutler said in a committee video there were multiple protests outside his district office and home, and “all of my personal information was doxxed online.”

“We had to disconnect our home phone for about three days because it would ring all hours of the night,” Cutler said.

Moss provided perhaps the most emotional testimony of the hearing.

Moss said she received a “lot of threats wishing death upon me, telling me that, you know, I’ll be in jail with my mother.”

Moss said the harassment she faced deeply affected her, making her afraid to even go out of her home for fear she may be recognized.

Bowers, meanwhile, testified that Rep. Andy Biggs, R-Ariz., asked him on Jan. 6, 2021, if he would be willing to publicly support the decertification of Arizona’s electors.

A staffer from the office of Sen. Ron Johnson, R-Wis., communicated with an aide for former Vice President Mike Pence on Jan. 6 about potentially delivering a fake slate of electors to the vice president.
(Bill Clark/CQ-Roll Call, Inc via Getty Images)

“He asked if I would sign on both to a letter that had been sent from my state and/or that I would support the decertification of the electors,” Bowers said. “And I said I would not,” he continued.

A Johnson staffer texted a staffer for Vice President Mike Pence on Jan. 6, saying Johnson wished to deliver to the vice president fake electoral votes from Michigan and Wisconsin. The vice president’s aide told the staffer not to deliver the votes.

Johnson’s spokesperson denied he had involvement in the creation of alternate electors.

JAN 6: EAGER TO TROLL TRUMP, ‘MORNING JOE’ COMPARES VIEWERSHIP ACROSS ALL NETWORKS TO ‘THE APPRENTICE’

“The senator had no involvement in the creation of an alternate slate of electors and had no foreknowledge that it was going to be delivered to our office. This was a staff to staff exchange. His new Chief of Staff contacted the Vice President’s office,” Johnson spokesperson Alexa Henning said in a tweet.

While Schiff questioned Raffensperger, the congressman played audio from a call between Trump and the secretary of state from before Jan. 6. On the call, Trump claimed that about 5,000 dead people voted in Georgia.

Raffensperger noted that Trump’s legal team claimed more than 10,000 dead people voted in the state, before saying the grand total was only four.

In addition, Raffensperger responded to the Trump claim that 18,000 ballots were smuggled out of voting centers through “suitcases,” calling it “categorically false.”

“The J6 Unselect Committee is turning to the least credible and biggest shamster, Adam Schiff, to lead today’s circus,” Trump spokesman Taylor Budowich said. “No facts. No substance. Just more lies and deception out of a Democrat Party that’s drunk on power.”

Chairman Rep. Bennie Thompson, D-Miss., said that the next hearing, on Thursday, will focus on Trump’s efforts to use the Department of Justice to overturn the 2020 election results.