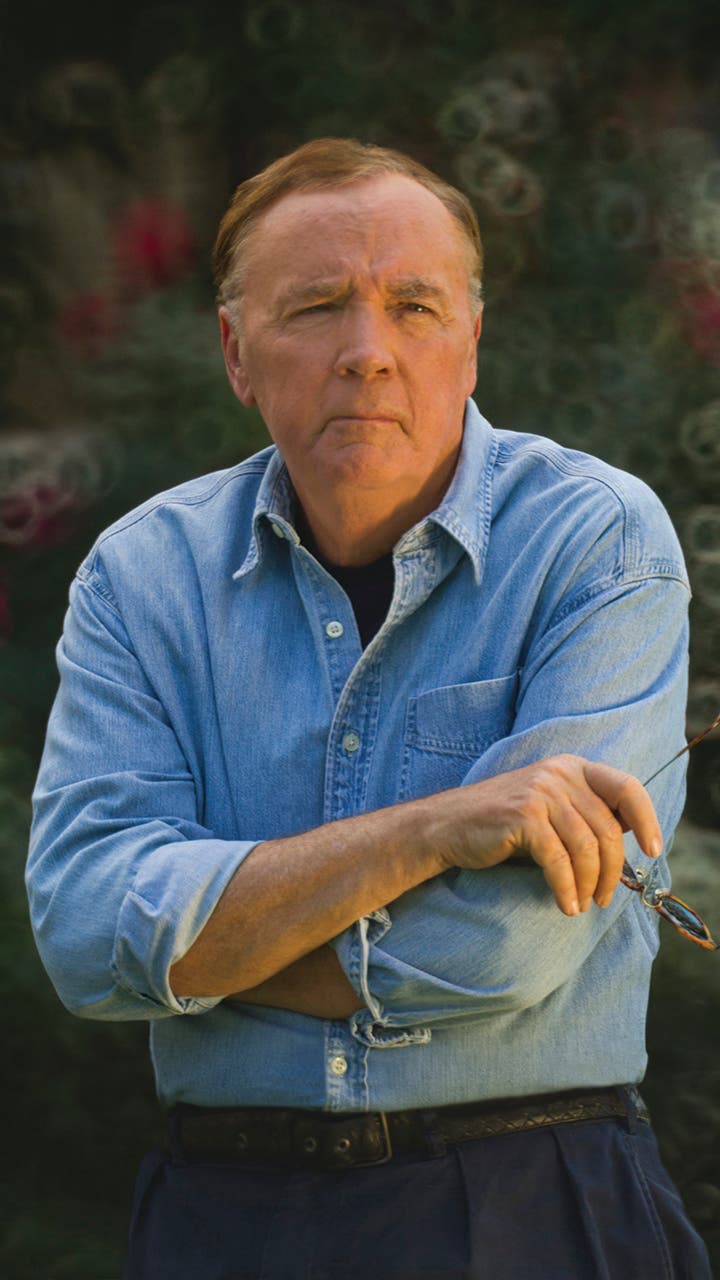 You may think you know James Patterson already from his scores of best-selling books — he’s sold over 375 million copies of his books worldwide — but a brand new autobiography may have you thinking twice.

The prolific author best-known for his Alex Cross novels and other fictional book series has just released “James Patterson: The Stories of My Life by James Patterson” (Little, Brown/Hachette Book Group) — and it’s filled with revealing stories and highly personal experiences.

“It was during COVID that I started writing it,” said Patterson in a phone interview with Fox News Digital in response to the question, “Why this book now?”

“And I think for a lot of us, one, we had some extra time on our hands, being locked in our houses” amid the pandemic — “and also, I think you start examining your life a little bit, because it was such a strange time,” he said.

Patterson spoke to Fox News Digital while on his book tour — among other places, he was stopping in Madison, Wisconsin, for a book event just a few days ago.

And he said he had to grab some ice cream from the student union at the University of Wisconsin in Madison, he said. (His wife attended the university.)

Revealing more of how his autobiography came to be, Patterson told Fox News Digital, “I started jotting down these stories and I really liked it. And one of the interesting things for me is that it really got me focused, more than I had been in quite a while, on the writing — on the quality of my writing and of my sentences,” he said.

“I think this has made me a better writer, which is kind of fun.”

He also admitted, “I’ve never had so many compliments about a book, with people telling me, ‘This is your best book. This is better than Alex Cross.’ That’s really been a very nice thing,” he said.

“I started jotting down these stories and I really liked it.”

Patterson was tickled in particular, he said, by Bob Woodward’s quote about the new book.

Woodward wrote, “I felt I was interviewing James Patterson under the highest permissible dose of sodium pentothal, the truth serum, for hours — and he spilled the whole story of his truly astonishing life.”

Author James Patterson is pictured at home in N.Y. He said of his newest book, an autobiography, “I’ve never had so many compliments about a book.”
(David Burnett/Cathy Saypol, rep.)

Not to be outdone, best-selling author Patricia Cornwell said of Patterson’s autobiography, “One of the greatest storytellers of all time, Patterson has led an amazing life … I love the pithy, bright anecdotes, and at times his poignant narrative will bring you to tears,” she wrote.

Said Patterson, “My book is truthful and honest. I just tell story after story … It’s just cool stories. I don’t go back and tell you everything that you don’t want to know about Newburgh, New York. These are just stories. Of my father. Of growing up in the poor house — and of how he got a call just before he went off to World War II.”

“These are just stories. Of my father. Of growing up in the poor house.”

His father’s parents took him downstairs, Patterson recounted, sat him down and told him bluntly, “We have to tell you that we’re not your natural parents. You’re adopted.”

And then a man on the phone — a man named George Hazelton, said Patterson — spoke to his father and said, “I’m your brother.”

From there, Patterson said, he recounts his “time in advertising — and then publishing. I’ve had a couple of careers along the way,” he added with a chuckle.

Aside from writing scores of his own novels, Patterson has co-authored a number of books with other prominent people — among them, Dolly Parton and former President Clinton.

So what’s his secret to getting along well with others for what can be an intense co-writing experience?

DOLLY PARTON’S BOOK WITH JAMES PATTERSON DEBUTS AT NO. 1 ON AMAZON

Patterson shared the story of how he co-authored a novel with a Swedish writer, Liza Marklund. In Sweden, when the novel came out, the pair did an astounding number of interviews for the book, Patterson said — 46 interviews, to be exact.

“And the one question we were almost always asked was, ‘How could a Swede and an American ever get along'” on a project like this?

Patterson gave Fox News Digital the answer: “The key thing is we had mutual respect for one another — and we listened. That was the key thing. Listening.”

James Patterson told Fox News Digital that the secret to success in working with others is really very simple: “Listening … That’s been the key thing.”
(Stephanie Diani)

Added Patterson, “I find, for example, in Hollywood, that it’s very difficult to get people to listen. You might have a thought, but they want to tell you how to do it.”

And “that’s been the key thing,” he said, about his success in co-writing books.

“It was a key thing for me in advertising — listening to clients and really hearing what they had to say. And in [working and writing] with President Clinton — same thing. Listening to what he had to say.”

“Then one year, for a birthday present, [Bill Clinton] gave me a humidor with the presidential seal on it.”

He also said that some “really nice friendships” have come out of these projects.

He said, for example, that last Christmas, Bill Clinton gave him “a gift of Monopoly for socialists. And then one year, for a birthday present, he gave me a humidor with the presidential seal on it. And he knows I don’t smoke,” said Patterson.

“So I called him up and I said, ‘Well, do I put bubblegum or chocolate cigars in this?’” Patterson recalled of their exchange.

Bill Clinton has given James Patterson a couple of gifts over the years, Patterson revealed to Fox News Digital; the pair have co-written a few books together.
(@Bill Clinton/Twitter )

“And Clinton said, ‘At our age, bubblegum — because, you know, you really have to exercise the gums and the teeth.”

He said Parton sang “Happy Birthday” to him over the phone one year.

“And this year she sent me a poem, and she framed it. It’s called ‘New Old Friends.’”

And she said that she’d done a song with Kenny Rogers, “and they both believed there was no such thing as ‘new old friends.’ You know, that you really had to pay your dues” in order to have a true friendship, said Patterson.

And in the poem, she says that she really believed that, added Patterson — “until you walked in my door. But now you’re my new old friend,” he said Dolly told him.

Author James Patterson and singer, actress and entrepreneur Dolly Parton completed a project together, “Run, Rose, Run,” an Amazon bestseller even before its publication in March 2022. The work of fiction arrived with an accompanying soundtrack.
(AP Photo)

Patterson said, “Making it personal — you know. When we talked about the movie for ‘Run, Rose, Run,’ I actually read the poem a couple of times, and I said to her, ‘This is the kind of relationship we want to have. We want to have a close personal relationship, and we want to make a really good movie.”

Fox News Digital asked Patterson who else he might like to work with in the near future.

“I’m beginning to think about doing a book with Steph Curry,” Patterson revealed.

“We were in Boston,” explained Patterson, on the night of one of the NBA playoff games (this was just before the Golden State Warriors beat the Boston Celtics to seize the championship on Thursday night, June 16, in game 6).

“And his father came up to me. His father’s a big fan, which I didn’t know. And I said, ‘Well, put in a good word with Steph, because when the series is over, we’re going to talk about maybe doing something together.'”

Stephen Curry of the Golden State Warriors is shown talking to the media during the 2022 NBA finals on June 9, 2022, in Boston. James Patterson told Fox News Digital that he’d love to do a book project with Curry.
(Photo by Mark Blinch/NBAE via Getty Images)

He said, “We’ll see what happens with Steph.”

Patterson said about all of his co-writing relationships, “We’ve never had any bumps along the way.”

Patterson also said about his life, “After growing up the way I did in Newburgh — I say this as a joke, but it’s sort of true — but I’ve been poor and I’ve been middle class. And then I was poor and middle class again, and now I’m pretty rich. And on balance, I prefer that.”

He also said, “I’m really glad I went through all of that, as a human being and as a writer. I think it’s been really useful.”

In terms of his experiences and of America overall right now, he said, “My father grew up in the Newburgh poor house. So I’ve seen that part of it. I’ve seen the middle class life. I’ve lived around the country. I’ve lived in the south … And like everybody else, you’d like to see people come together rather than drift apart. You’d like to see a little bit more unity rather than all of these islands of discontent.”

“Obviously it was very frightening before the book came out — because you hope that people won’t reject your life.”

Regarding the new book, Patterson said he keeps hearing from others that it’s “very entertaining.”

“People are enjoying it. And that’s been very gratifying,” he said.

“Because obviously it was very frightening before the book came out — because you hope that people won’t reject your life.”

Maureen Mackey is managing editor of lifestyle for Fox News Digital. Story tips can be sent on Twitter at @maurmack.