How to Celebrate Juneteenth 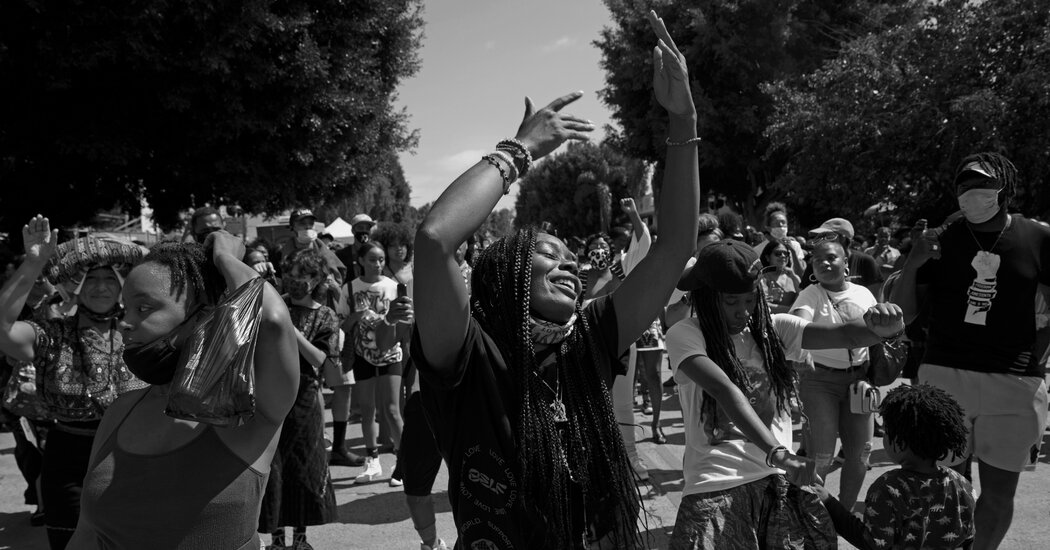 Juneteenth has been a part of my family tradition for as long as anyone can remember.

It marks the day in 1865 — June 19 — when some of the last enslaved people in the United States, in Texas, learned that they had been freed, roughly two and a half years after the Emancipation Proclamation was issued.

My mother recalls going to large Juneteenth celebrations as a child in the 1950s, where some men would play baseball and others would play guitars and harps, where women would arrive with their own picnic spreads of fried chicken and fresh baked rolls and her great-uncle would barbecue a goat.

She told me recently that she would just be excited to have a “nice blouse and a gathered skirt that was starched and ironed, and socks and sandals.” Those skirts would often be made from the cloth of feed sacks. “That was our dress-up day,” she said.

By the time I came along, those celebrations had died down. We remembered and marked the day, but without much celebration.

As the author Joyce King wrote in The Dallas Morning News in 2017, some Black people had come to associate the holiday with stigma: “Some Blacks loathed Juneteenth. To them it meant celebrating the fact that even the news of freedom was late.”

Last year, in the wake of the previous summer of protests after the murder of George Floyd, Juneteenth was made a federal holiday, and I must say that evoked in me a sense of pride that a day about Black history would be honored, but also trepidation that the day would lose some of its cultural potency and succumb to commercialization.

Maybe that is, on some level, inevitable with federal holidays. Sure enough, this year stores sold all kinds of Juneteenth tchotchkes. Seeing them, my mother scoffed, “Don’t make it ghetto; keep it sacred.” The trinket that really stuck in my craw was a Juneteenth tiara with metallic tinsel at Walmart.

Judging by the comments I’ve seen online and the conversations I’ve had recently with other Black people, I’m far from the only person worried about the commercialization and degradation of the day as it scales up to a federal holiday. But upon further reflection, I think that is the wrong way to think about it. We have to think less about what making the day a federal holiday should compel and more about what it allows, centering Black people as we do so.

Some people weren’t able to celebrate Juneteenth on the day because they couldn’t afford to take off work. (I often took the day off, out of deference and tradition, but it, of course, cost me a vacation day.) Now Black people as well as everyone else should be able to get the day off as a paid holiday — and revel in it.

They can also use the day to educate themselves. Last year, on the verge of Juneteenth becoming a federal holiday, a little more than a quarter of Americans knew nothing at all about it and another third knew “a little bit,” according to Gallup. This year, the percentage who know nothing about the holiday has fallen to 11 percent and the percentage who know a little has ticked down to 29 percent.

Even my family, who had been celebrating Juneteenth for generations, knew very little about it. My mother and I went to the same school — decades apart, of course — a Black institution that had existed in some form since 1887.

But she recalls no specific classroom instruction on the holiday and neither do I. Independently, we both realized that we have begun to educate ourselves more about the day in recent years, with my mother, who will be 80 in November, using “a little activity book” that a local church had purchased to teach its children about the holiday. As she put it, “I’ve learned more from that book than I’ve ever known about Juneteenth.”

Having Juneteenth enshrined as a national holiday makes it more likely that all Americans are taught not only about the day itself but also about the legacy of enslavement, more likely to interrogate the very notion of freedom and examine the imperfections of the emancipation order.

But because the proclamation was issued in the middle of the Civil War, only a small number of slaves were released immediately. In fact, at the time, the main purpose of the order may well have been as a propaganda tool. As the National Archives points out, “it captured the hearts and imagination of millions of Americans and fundamentally transformed the character of the war.”

In the Gallup poll, the percentage of people saying Juneteenth should be taught in public schools rose, from 49 percent last year to 63 percent this year.

Sure, many will squander the day. That happens with every federal holiday. Sadly, many people now see Memorial Day more as a time to cook out rather than to mourn. But the day also allows space to reflect and honor those who fell in battle.

We must look at Juneteenth becoming a federal holiday in the same way: to focus attention, but also to allow space.