How the stolen-election myth ‘penetrated all levels of government’ 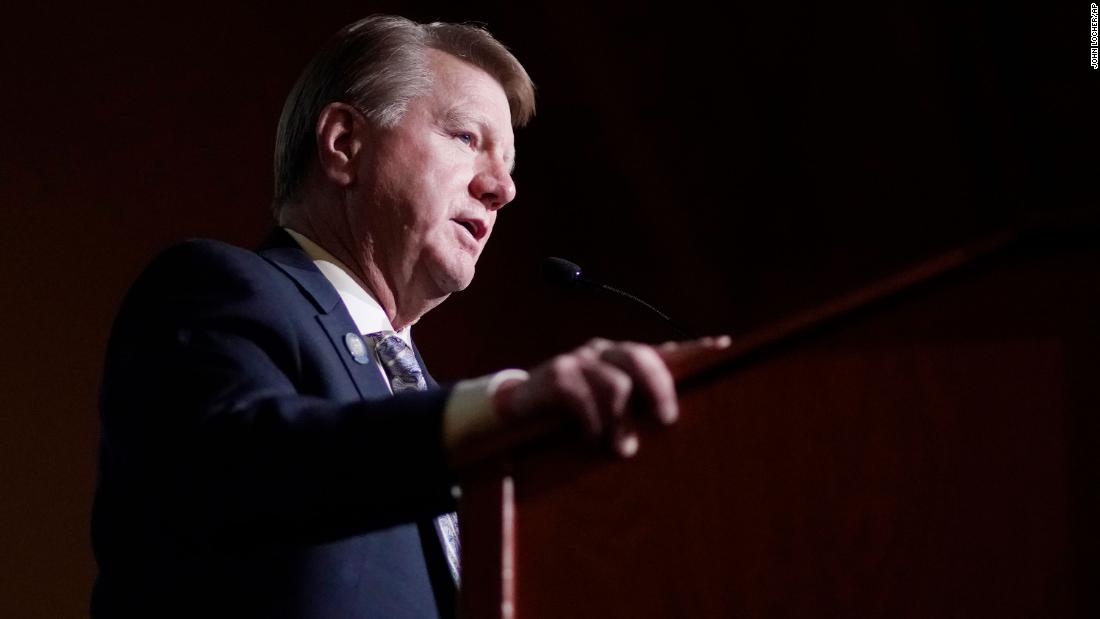 The nation recently faced a jarring split screen: In Washington, DC, witnesses before the House committee investigating the January 6, 2021, attack on the US Capitol described then-President Donald Trump’s unrelenting pressure on his vice president to overturn his 2020 election loss — even as an angry mob threatened Mike Pence.
And nearly 2,000 miles away in rural New Mexico, a group of Republican county commissioners set off alarms over potential election sabotage last week when they declined to certify the results of this month’s primary election in Otero County, citing unfounded claims about the security of voting machines and questions about a handful of ballots.
The showdown in New Mexico — along with the growing number of election deniers winning GOP primaries in this year’s midterms — demonstrates how falsehoods about election administration spread by Trump and his allies have “penetrated all levels of governments and certain segments of the public,” said Jonathan Diaz, senior legal counsel for voting rights at the nonpartisan Campaign Legal Center.
Last week, Republican Jim Marchant, who has said he would not have certified the 2020 election results in his state, won his party’s nomination for secretary of state in Nevada, a key presidential battleground.
And, over the weekend, Republican activists meeting in Texas for the state party convention approved a resolution that rejects President Joe Biden as the winner of the 2020 election — in another sign of GOP fealty to Trump’s election falsehoods.
For months now, pockets of rebellion against normal election operations have been building around the country as GOP-led county commissions weigh extreme ideas, such as yanking vote-tallying machines and returning to hand-counting ballots. Election clerks and experts warn that would throw the US election system into chaos, given the impracticality of counting millions of votes by hand. At the same time, law enforcement officials have investigated growing incidents of unauthorized people attempting to gain access to the voting systems targeted in the Trump campaign’s efforts to challenge his defeat.

But the standoff in Otero County rocketed to national attention when New Mexico’s Democratic secretary of state, Maggie Toulouse Oliver, sought a state Supreme Court order last week to force the GOP commissioners sign off on the June 7 primary results after they had initially refused to do so.

On Friday, the statutory deadline for counties to certify the primary results, the Otero commissioners relented and certified the results by a 2-1 vote, citing the high court’s order and threats of legal action from state Attorney General Hector Balderas, a Democrat. But Otero County wasn’t the only New Mexico community that witnessed defiance.

Officials in Torrance County, New Mexico, another Republican stronghold, also waited until the very last day to certify their county’s election results. When they did so, during a raucous public meeting, cries of “traitors” and “cowards” broke out from the crowd.

Joanna Lydgate — the CEO of States United Action, a nonpartisan group working on fair and secure elections — views the confrontations in New Mexico as a sign of the growing peril American democracy faces.

A multi-pronged attack on democracy is underway, she said, as election deniers seek key offices, state legislatures transform the ground rules for running elections and partisan actors test ways to change election results if they “don’t like the outcome.”

“I think we all remember watching the attack on the Capitol and that it felt like the darkest day,” Lydgate added. “But the truth is that the threats to democracy didn’t end on January 6. Really, what we’ve seen since then is an insurrection in the states that hasn’t been televised.”

Tuesday marks another round of primaries

Washington, DC, and Virginia are holding primary elections Tuesday, and runoffs are underway in Alabama, Arkansas and Georgia. (There are no statewide or congressional runoffs in Arkansas.)

I’m keeping an eye on the runoff that will determine the Democratic nominee for secretary of state in Georgia. State Rep. Bee Nguyen is the front-runner for the nomination — having captured roughly 44% of the primary vote last month, but still short of the majority required to win outright under Georgia law.

She faces former state Rep. Dee Dawkins-Haigler, who took nearly 19% of the vote.

Nguyen, a rising star in Democratic circles, has scored endorsements from a slew of national and state politicians, including Stacey Abrams, Georgia’s Democratic nominee for governor. The daughter of Vietnamese refugees, Nguyen would become the first Asian American elected to a statewide political post in Georgia, should she prevail in the primary and in the fall.

In November, the Democratic winner will face the Republican incumbent Brad Raffensperger, who famously refused Trump’s request to “find” enough votes to overturn his 2020 loss in Georgia.

On Tuesday afternoon, Raffensperger and his deputy Gabe Sterling are slated to testify before the House January 6 committee.
Also scheduled to speak: Arizona House Speaker Rusty Bowers, another Republican who resisted Trump’s post-election pressure campaign to overturn the results in his home state. We’ve written about Bowers and the ways he has handled some of his party’s most outrageous election proposals in an earlier newsletter edition.

You need to read

(For the record, we at CNN — and other news organizations — covered Trump’s fundraising bait-and-switch here and here and elsewhere as it was happening. A bit of advice: Always read the fine print on fundraising solicitations before giving any money to any politician.)