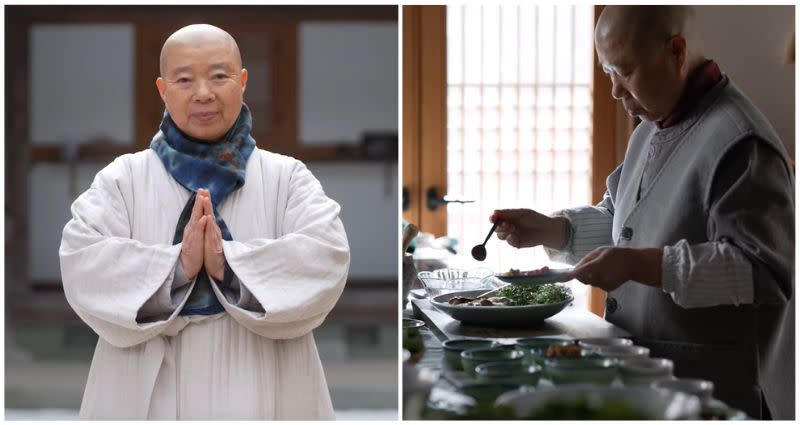 Jeong Kwan, this year’s recipient of Asia’s 50 Best Restaurants Icon Award, has captivated the culinary world without a single Michelin star, restaurant or customer to her name.

Following her mother’s death, Kwan went to a temple at the age of 17 and began her path to monkhood. In her new home, she mastered the art of temple cuisine: a style of cooking that prioritizes preserving the purity of every dish’s ingredients.

“Temple food is the connection that brings physical and mental energy together,” Kwan told CNN. “It is about maximizing the taste and nutrition from plant-based ingredients with limited seasoning or added condiments.”

Kwan, who cooks without meat, dairy, fish or pungent herbs like chives, spring onions and garlic, masterfully wields natural processes such as fermentation to create a vibrant palette of flavors.

From slices of Korean pear sprinkled with herbs and a savory citrus sauce to shiitake mushrooms doused in five-year aged soy sauce and fermented berry juice, all of Kwan’s dishes are made from scratch – with ingredients freshly plucked from her temple’s garden.

She eventually became an accidental but highly respected chef, garnering praise from culinary giants such as Éric Ripert and René Redzepi. The Buddhist monk was hailed by the New York Times as a “philosopher chef” and has even starred in an episode of Netflix’s “Chef’s Table.”

More from NextShark: Girl Eating a Chili Pepper is Everyone’s Mood About 2020

But for Kwan, cooking is not a means to fame and fortune – it is a spiritual medium.

“It’s very important to understand that she’s not a chef like us,” Ripert, a fellow Buddhist, told The World’s 50 Best Restaurants. “For her, [cooking] is a way to practice Buddhism, a way to practice what she’s learning every day and what she wants to share with the world.”

While accepting her award, Kwan said she hopes it will “raise awareness of temple food and further advance Korean cuisine around the world.”

She added, “I am aware of the difficulties caused by the global pandemic and hope that the situation will improve so we can meet again to share food and positive energy.”

More from NextShark: What Koreans Eat to Celebrate the Lunar New Year and the Ghost Stories Behind It