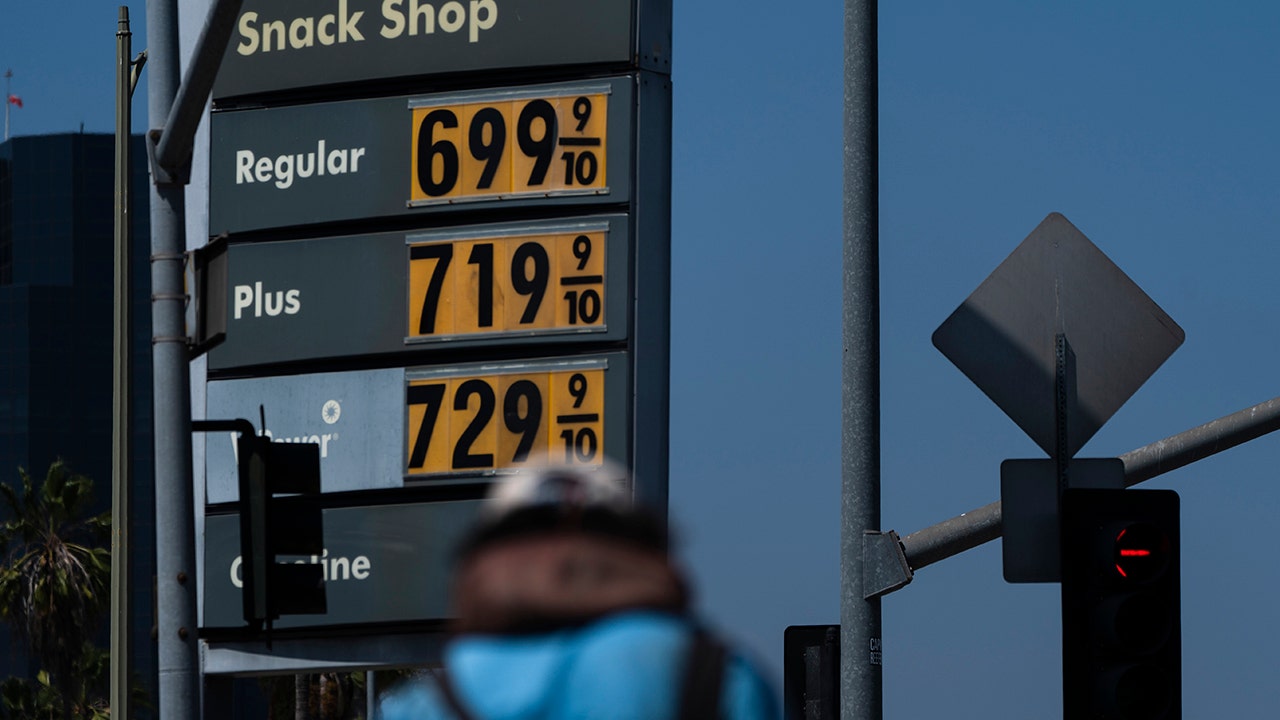 Last week marked a new devastating milestone for millions of Americans — gas prices have more than doubled since President Joe Biden took office in January 2021. And if that wasn’t enough, last week, we reached yet another difficult milestone — the national average of gas is now $5 per gallon for the first time in U.S. history.

“Milestone” is really the wrong word. The current energy disaster is better described as a “millstone” around the neck of the American economy, who are now struggling to meet their most basic needs. Unfortunately, Biden has refused to budge from the war on American energy that got us here. Even worse: he appears to be doubling down on it.

Early in his campaign, then-candidate Biden made the rapid end of fossil fuels a top priority. And he has consistently matched this with action, from canceling critical infrastructure projects like the Keystone XL pipeline and preventing new oil and gas drilling on federal lands to depriving the American energy sector of much-needed capital through the embrace of dangerously woke environmental policies.

In fact, Biden’s open hostility toward U.S. energy production has become the hallmark of his presidency. Unsurprisingly, this hostility has cast what my friend and Fox Business host Larry Kudlow likes to call a “wet blanket” over-investment in the American energy industry. Instead of the lofty “green” promises he peddled to Americans, Biden’s war on American energy has financed Putin’s aggression in Ukraine, outsourced production to our adversaries like Iran and Venezuela, and saddled Americans with sky-high energy prices.

Despite political pushback due to rising prices, this administration has stayed the course. Just last week, the Biden Administration proposed its latest addition to its regulatory assault on American energy infrastructure through another reversal of key Trump Administration permitting reforms, this time reversing reforms under Section 401 of the Clean Water Act.

This reversal will make it more difficult to build any kind of infrastructure project and makes it easier for a single state or interest group to block critical interstate infrastructure that America desperately needs — not just basic infrastructure like roads and bridges, but ironically, also infrastructure related to the administration’s most-favored energy sources like wind and solar. With build-nothing activists running the show, the Biden Administration’s posturing on energy infrastructure is clearly just a load of double-talk.

Instead of unleashing the vast potential of U.S. energy production at home, we are turning back the energy independence clock. The U.S. is now begging OPEC to increase production, and the administration is easing sanctions on Venezuela. But perhaps Americans shouldn’t worry. Biden’s cavalry is coming — all the way from China.

Just this week, President Biden waived tariffs on solar imports from countries likely serving as safe havens for China’s circumvention of U.S. tariffs — blatantly undermining an investigation by his own Department of Commerce. It seems environmental and social justice don’t apply to slave labor when our “renewable” future is on the line.

Meanwhile, solar only amounts to 2.8 percent of U.S. electricity production and suffers from very real challenges. While solar will continue to be a good contributor to our energy mix, overly relying on an intermittent energy source will only make the threat of rolling blackouts more severe and frequent. President Biden will find it hard to “Build Back Better” when America is in the dark.

Instead of empowering competition and innovation at home, the Biden Administration continues to send our tax dollars and jobs to China for expensive, unreliable energy. It would take a lot of doublethink to insist that this is the way to restore American energy independence.

Despite the administration doubling down with desperate attempts to spin the narrative as “[Russian President Vladimir] Putin’s price hike” or “price-gouging” and “war profiteering” by American companies, the American people know when they are being double-crossed. Actively discouraging American energy production plays into the hands of our adversaries at the expense of American families, workers, and small businesses.

President Biden often repeats his story about growing up “in a family where it mattered when the price of gas or groceries rose,” but when the rubber meets the road, the Biden administration’s continued embrace of anti-energy policies is driving up costs for American families around the country. And it matters an awful lot to the future of our great Nation that we reverse course and once again embrace our Nation’s vast energy potential.

Unfortunately, this requires the Biden administration and progressive policymakers to stop doubling down on the war on American energy and get out of the way of American energy investment, infrastructure, and production. In the meantime, Americans suffering through the consequences will likely find themselves in need of a stiff drink if they can afford it. Make it a double.

Rick Perry is the former governor of Texas and 14th secretary of energy.