Hannity: Where’s the outrage from Democrats? 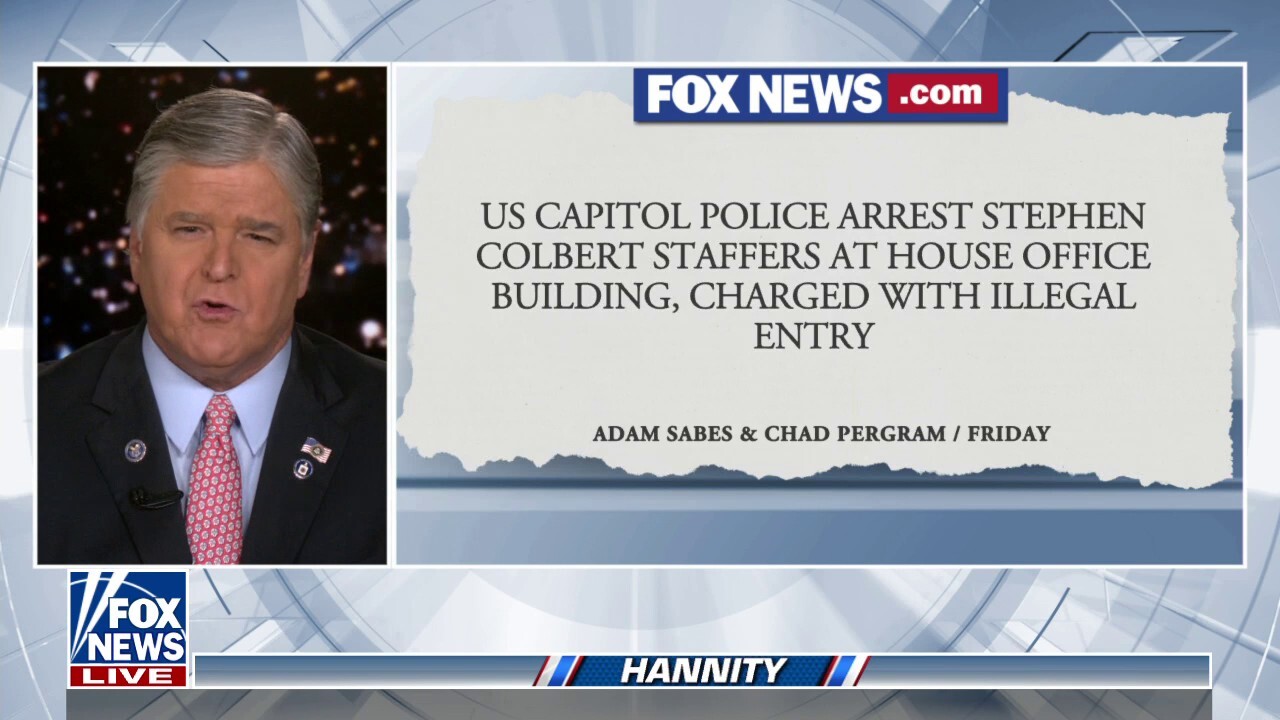 Sean Hannity discusses how Stephen Colbert’s staffers were arrested and charged with unlawful entry at the capital on “Hannity.”

TRUMP PREDICTED BIDEN WOULD CAUSE A RECESSION, LARA TRUMP SAYS

SEAN HANNITY: All right. Thursday night, staffers for Stephen Colbert’s The Late Show were arrested by Capitol Police, charged with unlawful entry. Now, sources are telling Fox News that they took videos and pictures around the offices of Kevin McCarthy and Lauren Boebert after being denied credentials for the January 6th show trial. Get this, the Colbert staffers were apparently first invited into the Capitol. You got it by the congenital liar. Adam Schiff and other House Democrats so they can conduct interviews. They overstayed their welcome. They were forced out. Then they went back in and into a restricted area. Seven were each charged with unlawful entry. But where’s the outrage from the Democrats? Aren’t they concerned about trespassing? And secure in the capital? Or is that only when they can use it to attack Donald Trump?