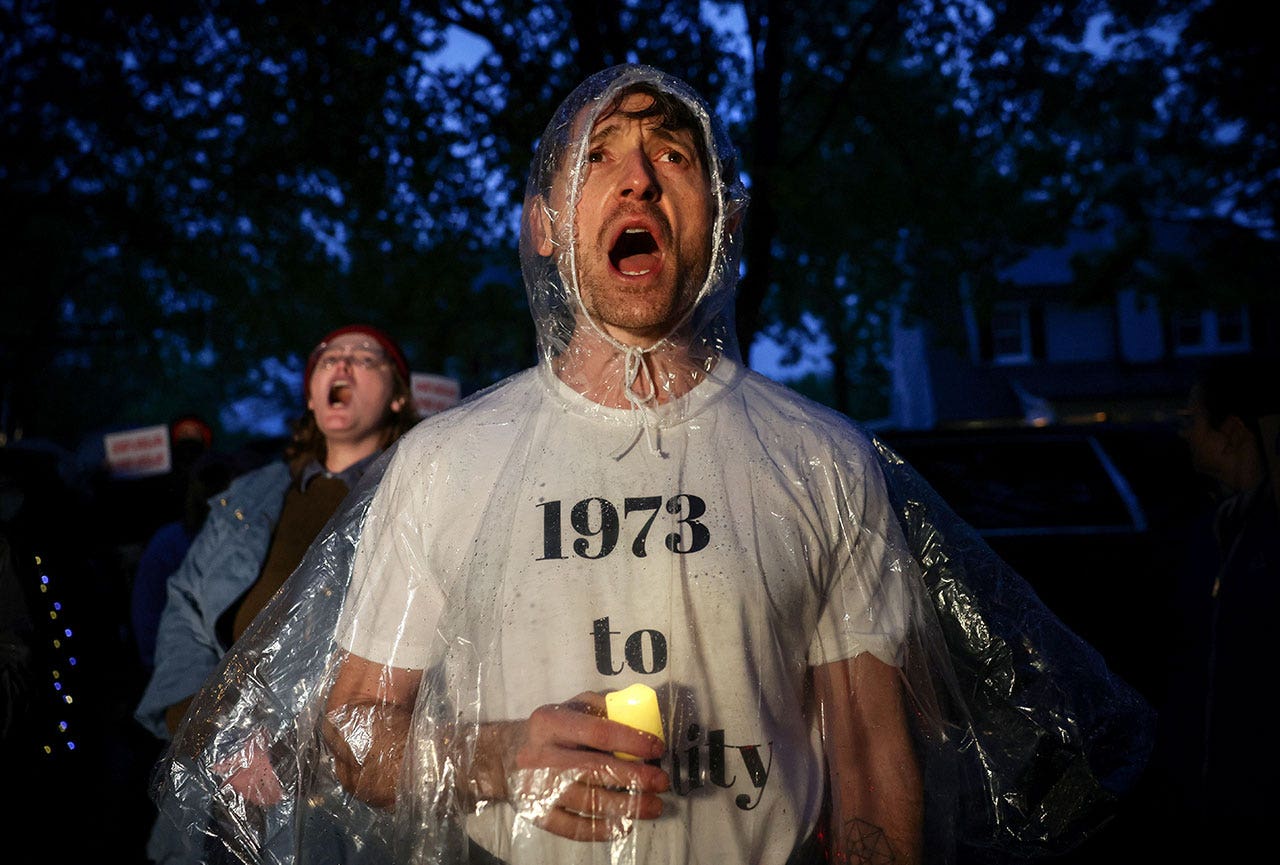 With the Supreme Court poised to issue its ruling on abortion in a matter of days, “The Five” co-hosts urged President Biden and The Department of Justice to issue stark warnings to violent agitators and pledge to prosecute those in violation of a federal statute that prohibits protests and other forms of intimidation outside the home of justices.

The pro-abortion radical group dubbed “Jane’s Revenge” that’s claimed responsibility for various arson attacks and vandalism since the leak of a draft opinion that would overturn Roe v. Wade issued a call to riot against the High Court if Roe is in fact overturned. Last week, the group also declared “open season” on pro-life pregnancy crisis centers.

Fox News host Greg Gutfeld said the lack of criminal prosecution combined with Biden’s silence surrounding the ongoing threats against the justices thus far has served as “sort of implicit consent” for rioters.

A pro-life pregnancy center in Minneapolis, Minnesota was vandalized on Tuesday, and the group Jane’s Revenge has claimed responsibility for carrying out the act in an online post.
(Minnesota Citizens Concerned for Life)

“What’s next? Are we going to have the Supreme Court justices move out of their homes and live in a compound?” Gutfeld asked

Co-host Dana Perino said she finds it “absurd” that Attorney General Merrick Garland had time to visit Ukraine in a surprise trip on Tuesday, but couldn’t find the time to condemn the riots and threats of violence against officers of the Supreme Court.

“The attorney general has time to go all the way to Kyiv to talk about helping them, ensure there’s justice, but neither he, nor Biden, can mention anything that’s happening just 10 minutes away from their offices,” she said.

“There’s been no deterrent. These protests, at the justices’ homes, they are illegal. So arrest one, have a little deterrence, show there’s going to be pushback,” Perino added. “They’re not doing anything. What happens? All these people will continue to do it.”

Judge Jeanine Pirro agreed with Perino’s sentiment, adding that she thinks prosecutors should “infiltrate” the “organized criminal enterprise” posing as a pro-abortion group to avoid a repeat of the civil unrest that crippled the country in the summer of 2020.

“Summer of 2022, if this thing spins off the way they want it, the same thing will happen,” Pirro warned. “All a prosecutor needs to do is enforce the law. Every one of those people in front of the justices’ houses, until there’s a decision, is violating the law. How do you do that? As a prosecutor, what you do you go in and infiltrate. You send someone in to ‘Jane’s Revenge’ and you find out what is their M.O., who is their leader, this is an organized criminal enterprise. Nobody is putting up those flyers for free,” she said. “This is organized.”

Harold Ford Jr. underscored the critical nature of the anticipated ruling, adding that he hopes “Attorney General Garland, the president, and others, if this decision comes down like we think it will come down, will encourage people to protest peacefully, encourage prosecutors to enforce the law.”

“Politics is fought at the ballot box. It’s not fought with violence on your political opponent,” he added. “We have a sense in our country now, that if you don’t agree with me, not only will I cancel you, I’m going to physically beat you, impose violence on you.”

Yael Halon is a reporter for Fox News Digital. Story tips can be sent to yael.halon@fox.com.