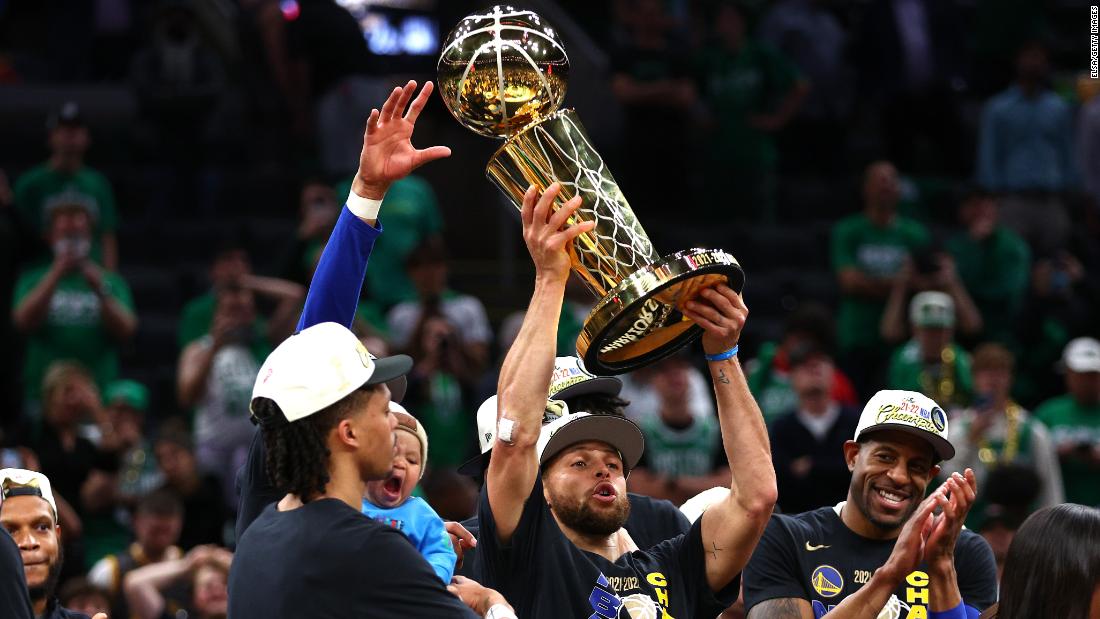 The victory gives the trio of Curry, Klay Thompson and Draymond Green their fourth title together — all under head coach Steve Kerr — adding to their championships from 2015, 2017 and 2018. They’ve won 21 NBA Finals games together, having recently passed Tim Duncan, Tony Parker and Manu Ginobili (19) for the most NBA Finals wins by a trio over the last 30 years.

Curry, who was in tears on the court after the final whistle, won NBA Finals MVP honors for the first time in his career.

“This is what it’s all about, playing for a championship and what we’ve been through the last three years,” he said on ESPN, which broadcast the game. “Beginning of the season, nobody thought we’d be here except everybody on this court right now, and it’s amazing. Very surreal, though.

“You never take this for granted because you never know when you’re going to be back here. And to get back here and get it done, it means the world,” he said.

This title ends a blip for the Warriors, as they were marred by injuries for a couple of years and were back in the postseason for the first time since 2019.

The way Game 6 unfolded at TD Garden in Boston didn’t initially look like it would be a surefire win for Golden State. Boston was up 14-2 to start the game. But the Warriors didn’t just claw back — they hit the gas pedal.

Golden State went on a 52-25 run to end the first half. That included a 21-0 run — the longest scoring run in an NBA Finals game in the last 50 years.

The Celtics cut the Warriors’ lead to single digits late in the third quarter and again in the fourth quarter but could get no closer.

Boston, which made the Finals for the first time since the 2009-10 season, had previously excelled in do-or-die games in this year’s playoff run.

Until their Game 5 loss in these Finals, they were unbeaten in postseason games following a defeat. They have been victorious in two win-or-go-home games against the Milwaukee Bucks and a Game 7 against the Miami Heat in the Eastern Conference Finals.

Yet the Celtics were up 2-1 in the series before losing three straight to Golden State, including Games 4 and 6 in Boston.

This is the Warriors’ seventh league title in franchise history — two of which were won as the Philadelphia Warriors in 1947 and 1956.

NBA commissioner Adam Silver, who normally presents the Larry O’Brien Trophy to the NBA champion, did not attend Games 5 or 6 due to the NBA’s health and safety protocols.

CNN’s Jill Martin and Ben Morse contributed to this report.